HEALTH CARE — HOUSE GOP LET BILL TO AID 9/11 FIRST-RESPONDERS AND RECOVERY WORKERS FAIL: While the Senate is infamous for its legislation routinely being blocked by minority obstruction, the House of Representatives yesterday took after the upper chamber when a measure “that would have provided up to $7.4 billion in aid to people sickened by World Trade Center dust” failed to pass even though a majority, 255-159, voted for it. The bill was aimed at “9/11 rescue and recovery workers who fell ill after working in the trade center ruins.” House leadership used a procedural method that let the bill come to floor without amendments but required a two-thirds majority for passage. Only 12 Republicans joined Democrats to support the bill. Rep. Peter King (R-NY), one of the 12, said the GOP would have likely added an amendment “that could ban the bill from covering illegal immigrants who were sickened by World Trade dust.” GOP leadership urged its members to vote against the bill, calling it a “massive new entitlement program.” Rep. Anthony Weiner (D-NY) ripped into Republicans for voting against the bill as a protest against not being able to offer amendments, screaming on the House floor, “You vote ‘yes’ if you believe ‘yes!'” Lamenting the GOP’s obstruction, he said, “We see it in the United States Senate every day, where members say, ‘We want amendments, we want debate…but we’re still a ‘no.'” Without an aid bill, “a judge and teams of lawyers have been urging 10,000 former ground zero workers to sign on to a court-supervised settlement” splitting “$713 million among people who developed respiratory problems and other illnesses after inhaling trade center ash.” The settlement would cover less than a tenth of the assistance in the House bill. Health problems caused by dust from the World Trade Center include “breathing ailments with symptoms similar to asthma” and “heartburn or acid reflux.” “Studies have shown that firefighters who worked on the debris pile suffer from elevated levels of sarcoidosis, an inflammatory disease,” and many workers “fear that the dust is giving people cancer, although scientific studies have failed to find evidence of such a link.” 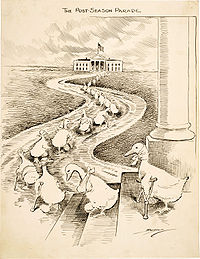 Two weeks ago, Senate Republicans successfully filibustered a bill that would provide health benefits to September 11th first responders who have contracted illnesses as a result of exposure to toxic chemicals during their response to the attacks.  Named after James Zadroga, a responder who was killed in 2006 by respiratory disease, the bill sets aside money to monitor and treat the health of these firefighters, police officers, and construction workers, and would reopen the September 11th Victim Compensation Fund, which provides payments for job and economic losses. When it was initially filibustered, no Republican Senator came to the floor to explain why the bill, which was fully paid-for w ith spending offsets, didn’t deserve to pass. That shameful performance led Comedy Central’s Jon Stewart to dedicate an entire show to taking both the Senate and the media to task for refusing to make the bill a priority. “So guess what, Republicans? Here’s the deal: Your ‘We’re the only party who understands 9/11 and its repercussions’  monopoly ends now,” Stewart said. Other media commentators piled on, and with a few fixes made to address concerns regarding how it is paid for, the bill has new life and could pass this week.

A REAL NECESSITY: According to researchers at the Albert Einstein University’s Montefiore Medical Center in New York, the dust at the World Trade Center site was “a combination of the  most dense, intense particulate matter [fire fighters and EMS personnel were] ever exposed to in an urban environment.” David Prezant, a specialist in respiratory medicine, explained to Voice of America that respiratory ailments arising from exposure to that dust results in “a persistent, real decline that requires long-term monitoring and aggressive treatment.” A report by the AFL-CIO in September of this year revealed that 13,000 first responders were still being treated for health problems, nine years after the attacks took place. “They told us if we did our job, they’d take care of us. We did our job. Now we’re sick and  they don’t remember who we are anymore,” said Greg Staub, who retired from the New York City Fire Department in 2009 due to chronic lung problems. When Stewart asked first responder John Devlin what he thought of Senate Minority Leader Mitch McConnell (R-KY) giving a teary farewell to Sen. Judd Gregg (R-NH) on the Senate floor while the Zadroga bill languished, Devlin responded, “Where is his human feeling for — not only for us, we represent the brother and sisters…that can’t come out and speak like we can.” Sen. Chuck Schumer (D-NY), who is one of the strongest proponents of the Zadroga bill, said on Good Morning America yesterday that “ thousands will die because they don’t get adequate medical care” unless the bill is passed.

PROCESS OVER SUBSTANCE: The callous response of many Republican Senators to these very real health concerns has been nothing short of appalling. For instance, Sen. John Thune (R-SD) insisted that the Bush tax cuts for the wealthy  were a higher priority than the Zadroga bill. While in the Senate rotunda, Sen. John McCain (R-AZ) stepped around a first responder asking for his support, telling him, “I can’t help you.” Sen. Susan Collins (R-ME) even called the Capitol Police when some first responders planned to stage a sit-in at Senate offices. When Republicans weren’t ignoring actual first responders, they were proferring nonsensical procedural reasons for opposing the bill. Sen. Jon Kyl (R-AZ), for example, said that the bill was being considered “in a hurry, in a lame duck session,  without a hearing, without understanding what the ramifications are and whether we can amend the bill.” However, the bill was first introduced in the House four years ago, has been available in the Senate since 2009, and received a Senate hearing in June 2010. Senate Republican excuses have worn thin amongst even those on the right, with former Republican congressman Joe Sc arborough asking, “How did this become a New York issue? That is like Pearl Harbor becoming a Hawaii issue in 1951. It’s ridiculous.” Last week, former GOP Arkansas Gov. and presidential candidate Mike Huckabee said “every Republican” should support the bill.

THE CHAMBER’S OPPOSITION: As ThinkProgress’ Lee Fang reported, “While Republicans quietly snuffed out efforts to compensate 9/11 heroes, they were aided by a quiet lobbying campaign by the powerful lobbying front — the U.S. Chamber of Commerce.” The Chamber didn’t like that the bill was being paid for by closing a tax loophole used by multinational corporations who park their income in tax havens; the Chamber warned that closing the loophole would “damage U.S. relationships with major trading partners” and “aggravate already unsettled financial markets.” The Chamber, of course, has repeatedly lobbied against important pieces of legislation — including an extension of unemployment benefits for jobless workers — because they were paid for by eliminating some of the many tax breaks that corporations exploit to pay little or no U.S. corporate income taxes. This time, the Chamber was quite successful in its lobbying push, as Sen. Susan Collin s (R-ME) released a statement saying that she would only support the bill if the pay-for were changed. Ultimately, the change was made, which led Schumer to say, “We now have the votes, we’ve made some modifications that some of our Republican colleagues requested and if no one does undue delay, just stands up and delays and delays and delays, we will get this done.” However, Sen. Tom Coburn (R-OK) is still threatening to block the bill