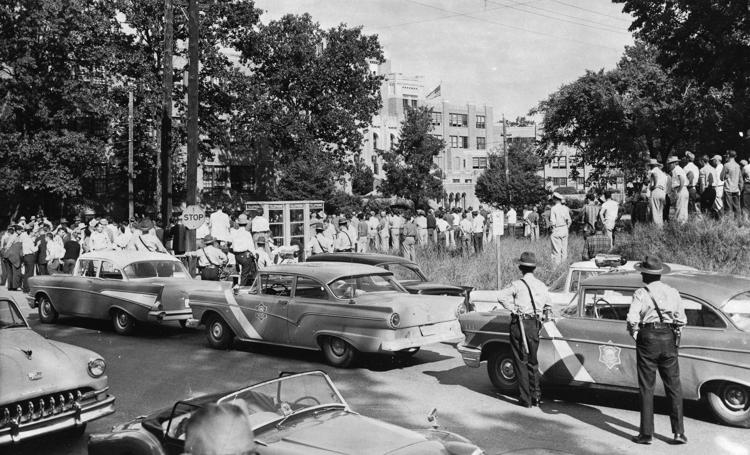 In 1957, nine black students who’d entered Little Rock Central High School in Arkansas were forced to withdraw because of a white mob outside.

Facts & Folklore About the Fall Equinox

What is an Equinox?
The word “equinox” comes from Latin aequus, meaning “equal,” and nox, “night.” On the equinox, day and night are roughly equal in terms of length. (See more about this below.)
During the equinox, the Sun crosses what we call the “celestial equator”—an imaginary extension into space of Earth’s equator line. The equinox occurs precisely when the Sun’s center passes through this line. When the Sun crosses the equator from north to south, this marks the autumnal equinox; when it crosses from south to north, this marks the vernal equinox.

After the autumnal equinox, the sun is rising later and nightfall comes sooner. This ends with the December solstice, when days start to grow longer and nights shorter.

Ancient Autumn Traditions
The fall equinox has been a day of celebration for cultures since ancient days. People tracked the transitions of the Earth’s journeys around the Sun.
At Machu Picchu in Peru, an ancient stone monument called Intihuatana—which means “Hitching Post of the Sun”—serves as a solar clock to mark the dates of the equinoxes and solstices.
In Mexico, the Mayans built a giant pyramid called Chichen Itza. On the equinoxes, it looks as if a snake made of light slithers down the pyramid’s steps.

In England, Stonehenge was also built with the equinoxes and solstices in mind.