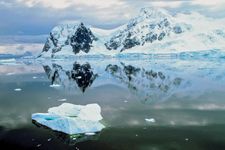 Antarctic Treaty, (Dec. 1, 1959), an agreement signed by 12 nations, in which the Antarctic continent was made a demilitarized zone to be preserved for scientific research. The treaty resulted from a conference in Washington, D.C., attended by representatives of Argentina, Australia, Belgium, Britain, Chile, France, Japan, New Zealand, Norway, South Africa, the United States, and the Soviet Union. Later other nations acceded to the treaty.

The treaty did not deny or support national claims to territorial sovereignty in Antarctica, but it did forbid all contracting parties from establishing military bases, carrying on military maneuvers, testing any weapons (including nuclear weapons), or disposing of radioactive wastes in the area. The treaty encouraged the freedom of scientific investigation and the exchange of scientific information and personnel in Antarctica. The treaty bound its members indefinitely, with a review of its provisions possible after 30 years. A protocol to the 1959 treaty was signed in 1991. The agreement banned mineral and oil exploration for 50 years and included regulations for the protection of the Antarctic environment.