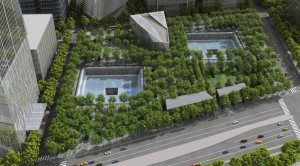 then in 2012 – Terrorists attacked the U.S. consulate in Benghazi, Libya. Four Americans were brutally murdered and ten others were injured.