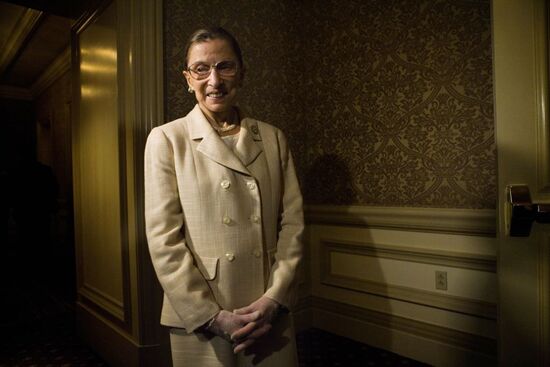 On September 18, 2020, Supreme Court Justice Ruth Bader Ginsburg passed away at age 87. Her storied 27-year tenure as the second woman justice on the U.S. Supreme Court followed a lifelong dedication to advancing the rights of women. Justice Ginsburg defended, protected, and advanced reproductive rights despite relentless attacks by Republican lawmakers. And now her seat on the Supreme Court is vacant under the Trump administration.

Trump will nominate a replacement “in the coming days.” And Senate Majority Leader Mitch McConnell has already made it clear that he fully intends to bring that nomination to the Senate floor. Let us not forget, four years ago McConnell refused to vote on a Supreme Court nominee because of the election.

This is an election year — it is the height of hypocrisy for McConnell to ignore the standard he set.

Our country is reeling with the coronavirus pandemic, rampant police violence and inhumane treatment of immigrants, and an economic recession. As we get closer to the November election and Trump continues to threaten DACA, reproductive rights, and vote-by mail — and by extension, our democracy — the American people must have a say in who sits in our highest court.

Sign and send the petition to your Senator: Demand they wait until after Inauguration Day to confirm a Supreme Court justice.

V-Day
Women to the Front
fwaction.org