In New York City, Malcolm X, an African American nationalist and religious leader, is assassinated by rival Black Muslims while addressing his Organization of Afro-American Unity at the Audubon Ballroom in Washington Heights.

Born Malcolm Little in Omaha, Nebraska, in 1925, Malcolm was the son of James Earl Little, a Baptist preacher who advocated the black nationalist ideals of Marcus Garvey. Threats from the Ku Klux Klan forced the family to move to Lansing, Michigan, where his father continued to preach his controversial sermons despite continuing threats. In 1931, Malcolm’s father was brutally murdered by the white supremacist Black Legion, and Michigan authorities refused to prosecute those responsible. In 1937, Malcolm was taken from his family by welfare caseworkers. By the time he reached high school age, he had dropped out of school and moved to Boston, where he became increasingly involved in criminal activities.

In 1946, at the age of 21, Malcolm was sent to prison on a burglary conviction. It was there he encountered the teachings of Elijah Muhammad, the leader of the Nation of Islam, whose members are popularly known as Black Muslims. The Nation of Islam advocated black nationalism and racial separatism and condemned Americans of European descent as immoral “devils.” Muhammad’s teachings had a strong effect on Malcolm, who entered into an intense program of self-education and took the last name “X” to symbolize his stolen African identity.

After six years, Malcolm was released from prison and became a loyal and effective minister of the Nation of Islam in Harlem, New York. In contrast with civil rights leaders such as Martin Luther King Jr., Malcolm X advocated self-defense and the liberation of African Americans “by any means necessary.” A fiery orator, Malcolm was admired by the African American community in New York and around the country.

In the early 1960s, he began to develop a more outspoken philosophy than that of Elijah Muhammad, whom he felt did not sufficiently support the civil rights movement. In late 1963, Malcolm’s suggestion that President John F. Kennedy’s assassination was a matter of the “chickens coming home to roost” provided Elijah Muhammad, who believed that Malcolm had become too powerful, with a convenient opportunity to suspend him from the Nation of Islam.

A few months later, Malcolm formally left the organization and made a Muslim pilgrimage to Mecca, where he was profoundly affected by the lack of racial discord among orthodox Muslims. He returned to America as El-Hajj Malik El-Shabazz and in June 1964 founded the Organization of Afro-American Unity, which advocated black identity and held that racism, not the white race, was the greatest foe of the African American. Malcolm’s new movement steadily gained followers, and his more moderate philosophy became increasingly influential in the civil rights movement, especially among the leaders of the Student Non-Violent Coordinating Committee.

On February 21, 1965, one week after his home was firebombed, Malcolm X was shot to death by Nation of Islam members while speaking at a rally of his organization in New York City.

“Dr. King and Rosa Parks inspired me to get in trouble. Good trouble.” 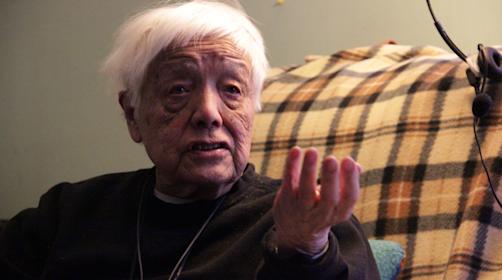 When Korean American filmmaker Grace Lee was growing up in Missouri, she was the only Grace Lee she knew. Once she left the Midwest however, everyone she met seemed to know “another Grace Lee.” But why did they assume that all Grace Lees were reserved, dutiful, piano-playing overachievers? The filmmaker plunges into a funny, highly unscientific investigation into all those Grace Lees who break the mold — from a fiery social activist to a rebel who tried to burn down her high school. With wit and charm, THE GRACE LEE PROJECT puts a hilarious spin on the eternal question, “What’s in a name?”

She is known for her years of political collaboration with C.L.R. James and Raya Dunayevskaya in the 1940s and 1950s.wikipedia.org

1804 – The first self-propelled locomotive on rails was demonstrated in Wales.

1848 – The Communist Manifesto was published by Karl Marx and Friedrich Engels.

1858 – The first electric burglar alarm was installed in Boston, MA.

1866 – Lucy B. Hobbs became the first woman to graduate from a dental school. The school was the Ohio College of Dental Surgery in Cincinnati.

1878 – The first telephone directories issued in the U.S. were distributed to residents in New Haven, CT. It was a single page of only fifty names.

1904 – The National Ski Association was formed in Ishpeming, MI.

1916 – During World War I, the Battle of Verdun began in France. The battle ended on December 18, 1916 with a French victory over Germany.

1945 – “The Lion and the Mouse” was first broadcast on “Brownstone Theatre.”

1947 – Edwin Land demonstrated the Polaroid Land Camera to the Optical Society of America in New York City. It was the first camera to take, develop and print a picture on photo paper all in about 60 seconds. The photos were black and white. The camera went on sale the following year.

1950 – The first International Pancake Race was held in Liberal, Kansas.

1965 – Malcolm X was assassinated in New York City at the age of 39 by assassins identified as Black Muslims.

1968 – An agreement between baseball players and club owners increased the minimum salary for major league players to $10,000 a year.

1973 – Israeli fighter planes shot down a Libyan Airlines jet over the Sinai Desert. More than 100 people were killed.

1975 – Former U.S. Attorney General John N. Mitchell and former White House aides H.R. Haldeman and John D. Ehrlichman were sentenced to 2 1/2 to 8 years in prison for their roles in the Watergate cover-up.

1988 – In Baton Rouge, LA, TV evangelist Jimmy Swaggart confessed to his congregation that he was guilty of an unspecified sin. He announced that he was leaving the pulpit temporarily. Swaggart had been linked to an admitted prostitute.

1995 – Chicago stockbroker Steve Fossett became the first person to fly solo across the Pacific Ocean in a balloon. He landed in Leader, Saskatchewan, Canada.

2000 – David Letterman returned to his Late Night show about five weeks after having an emergency quintuple heart bypass operation.

2003 – David Hasselhoff and his wife Pamela were injured in a motorcycle accident. The accident was caused by a strong gust of wind. Hasselhoff fractured his lower back and broke several ribs. His wife fractured her left ankle and right wrist.

2019 – At Cape Canaveral, FL, SpaceIL launched their Beresheet proble. It was the first privately funded mission to the Moon. The probe crash-landed on the Moon on April 11.