When Dr. Martin Luther King, Jr., spoke, people listened. His courage and the power of his message galvanized the Civil Rights movement, changed the course of race relations in the United States, and redeﬁned democracy. Dr. King was an American prophet. His nonviolent ideals and metaphors of hope continue to inform struggles for social and economic justice in the U.S. and around the world.

An overview of the Civil Rights movement sets the stage for the exhibition’s impressive range of artistic offerings. In the Spirit of Martin includes paintings, works on paper, prints, sculpture, and mixed-media pieces by such artists as Elizabeth Catlett, Thornton Dial, L’Merchie Frazier, Jacob Lawrence, May Stevens, Charles White, and John Wilson. Some of the artworks cast Dr. King as a martyr and comment on violence in American society. These images convey the tremendous sense of outrage and loss caused by Dr. King’s death. Others examine his status as an icon of popular culture or a source of African American pride.

Through its presentation of work in the visual arts, the exhibition demonstrates the extraordinary influence of Dr. King and speaks to the power of art to shape our collective national memory.

In the Spirit of Martin was created and developed by Gary Chassman, Verve Editions, and organized for travel by SITES in cooperation with The Martin Luther King, Jr. Center for Nonviolent Social Change.

In the Spirit of Martin is the companion book to the first museum exhibition — opening in January 2002 at the Smithsonian Institution — to demonstrate the compelling outpouring of responses to Dr. King’s life. This richly illustrated, large-format book features the work of more than 150 important African American artists as well as other prominent traditional and visionary artists. Original essays by Bernice Johnson Rea 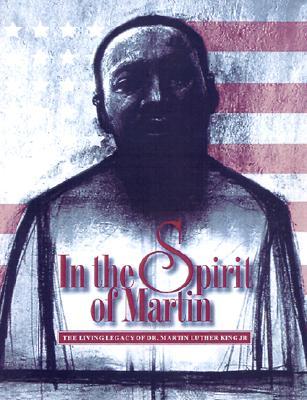 gon, Julius Lester, June Jordan, John Lewis, Stanley Crouch, and others enrich this celebration of the leader of the Civil Rights movement, one of history’s most important figures.