May 29, 2014 By Christineblackerby, Posted In Exhibits, Teaching Activities & Lesson Plans

When the First Congress met in New York City in March of 1789, they faced an enormous undertaking. The new Constitution had just been ratified, and Congress was the first part of the new federal government to meet and take shape. Ahead of them lay numerous important and urgent tasks: they needed to create the Treasury, War, and Foreign Affairs departments; the federal judiciary; and a system of taxation and collection. They also needed to determine patent and copyright laws, rules for naturalization, the location of a new capital city, administration of the census, amendments to the Constitution, and much more.

But before the members of Congress could get to all of this pressing business, there was something more important they needed to do–so important that it was the first bill introduced in the House of Representatives, and the first act signed into law by President George Washington.

“An Act to Regulate the Time and Manner of Administering Certain Oaths” was signed into law on June 1, 1789. It prescribed the text of and procedure for the administration of the oath of office.

During the Tulsa Race Massacre, which occurred over 18 hours from May 31 to June 1, 1921, a white mob attacked residents, homes and businesses in the predominantly Black Greenwood neighborhood of Tulsa, Oklahoma. The event remains one of the worst incidents of racial violence in U.S. history, and, for a period, remained one of the least-known: News reports were largely squelched, despite the fact that hundreds of people were killed and thousands left homeless.

A man with a camera looking at the skeletons of iron beds which rise above the ashes of a burned-out block after the Tulsa Race Riot, 1921. 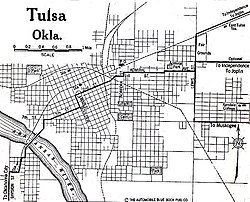