1790 – The Columbia returned to Boston Harbor after a three-year voyage. It was the first ship to carry the American flag around the world.

1831 – The first steam locomotive began its first trip between Schenectady and Albany, NY.

1842 – The U.S. and Canada signed the Webster-Ashburton Treaty, which solved a border dispute.

1848 – Martin Van Buren was nominated for president by the Free-Soil Party in Buffalo, NY.

1859 – The escalator was patented by Nathan Ames.

1892 – Thomas Edison received a patent for a two-way telegraph.

1893 – “Gut Holz” was published. It was America’s first bowling magazine.

1910 – A.J. Fisher received a patent for the electric washing machine.

1930 – Betty Boop had her beginning in “Dizzy Dishes” created by Max Fleischer.

1936 – Jesse Owens won his fourth gold medal at the Berlin Olympics. He was the first American to win four medals in one Olympics.

1945 – The U.S. dropped an atomic bomb on Nagasaki. The bombing came three days after the bombing of Hiroshima. About 74,000 people were killed. Japan surrendered August 14.

1956 – The first statewide, state-supported educational television network went on the air in Alabama.

1965 – Singapore proclaimed its independence from the Malaysian Federation.

1975 – The New Orleans Superdome as officially opened when the Saints played the Houston Oilers in exhibition football. The new Superdome cost $163 million to build.

1985 – Arthur J. Walker, a retired Navy officer, was found guilty of seven counts of spying for the Soviet Union.

1988 – Wayne Gretzky (Edmonton Oilers) was traded. The trade was at Gretzky’s request. He was sent to the Los Angeles Kings.

1996 – Boris Yeltsin was sworn in as president of Russia for the second time.

August 9, 1974 – Effective at noon, Richard M. Nixon resigned the presidency as a result of the Watergate scandal. Nixon had appeared on television the night before and announced his decision to the American people. Facing possible impeachment by Congress, he became the only U.S. President ever to resign. 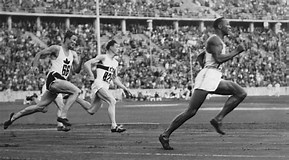