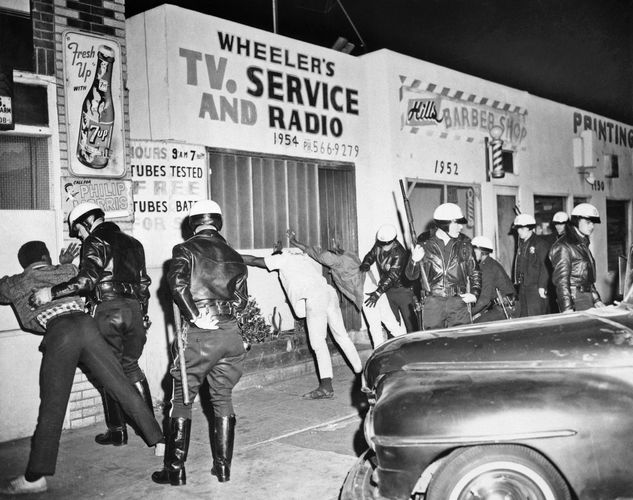 Assistant Professor of Communication, University of Oklahoma. She contributed an article on “Watts Riots of 1965” to SAGE Publications’ Encyclopedia of Governance (2007), and a version of this…
Watts Riots of 1965, series of violent confrontations between Los Angeles police and residents of Watts and other predominantly African American neighbourhoods of South-Central Los Angeles that began August 11, 1965, and lasted for six days. The immediate cause of the disturbances was the arrest of an African American man, Marquette Frye, by a white California Highway Patrol officer on suspicion of driving while intoxicated. Although most accounts now agree that Frye resisted arrest, it remains unclear whether excessive force was used to subdue him. The riots resulted in the deaths of 34 people, while more than 1,000 were injured and more than $40 million worth of property was destroyed. Many of the most vivid images of the riots depict the massive fires set by the rioters. Hundreds of buildings and whole city blocks were burned to the ground. Firefighters were unable to work, because police could not protect them from the rioters.
source: britannica.com