My blog started out as a place for Politics Pop Culture & Petitions …. I love them all, but I have this need to post articles about recycling, toxic substances, GMO’s, and living green as well, so while I have changed the domain name I will still post about ,politics petitions pollution &pop culture only with a lot more information about living green and striving for Being a Seed for Change.  All of these issues seem to be colliding in this 21st Century life we all are trying to negotiate these days …Local& National Politics in all its forms ,Changes to our Environment/Pollution and the good bad ugly of Pop Culture which includes music dance, books, including local television news and national, tv, radio shows, entertainers, fashion in all its forms and the Petitions … really means Activism, but it ruined the flow … you will learn more as you read on politics, petitions pollution & pop culture

I needed a place to sound off, try to increase awareness on some issues we should all know and care about, start a dialogue, get people to sign a petition or two, offer or post some info from folks who know and challenge the people who think they know. I feel we should Question not only their comments, views and reviews but be a part of a community who believe in action not lip service. In this era of trump…please, listen to what he says but watch and remember it’s what he and the trump team actually do that matters

In this era of trump

It’s time for a change … & contrary to what is going on now… I still have the Audacity for HOPE and CHANGE.

I am a mom. new gramma, I have cancer consider myself an Activist and Advocate for my children and my family. I love talking, food, dance, gorgeous men & movies, not necessarily in that order. I have a great love of books, words and music

Me Black, American Indian,  White and Caribbean  — my Children – Black/White / Inuit/ Filipino/ and Caribbean  my family history is a mixture of what you can read below and so much more …

I had my DNA done ~~ Angola,Norway, Oman, Guyana and New Zealand .. the common thread is Portuguese

The first was Angola, http://www.angola.org/index.php?page=history  The Republic of Angola, a country in Southern Africa also known as the Kingdom of Congo where  Bushman and folks with light brown skin lived, colonized by the (Portuguese) and named … (Reino de Angola). I also found out that (Portuguese) is the official language, The (Dutch) occupied (Angola) for several years and obviously there are other dialects of the (Bantu Peoples) etc. The (Portuguese)colonialized Angola around the year of 1575 and were present until around the end of 19th Century, reforms were made and Angola supposedly became independent in 1975. I have to be honest the info on Angola still needs to be sorted out…Has also been called the original Brasil

Guyana ~~ http://www.guyana.org is a South American Country where the official language is English. Originally colonized by the (Dutch) and then a (British colony) yet, always a part of the (Caribbean community). I found that the majority speak (Guyanese Creole; an English-based creole language) with some, African, Arawakan and Caribbean influences~~ Amerindians. The name Guyana is an Amerindian word meaning Land Of Many Waters. The country is known to be of Six People- (Africans, Amerindians, Chinese, East Indians, Europeans and Portuguese). Guyana is notably famous for Kaieteur Falls, which is situated on the Potaro River, where that river falls off the Pakaraima Plateau. In 2012, Guyana received a $45 million reward from Norway for its rainforest protection efforts from a 2009 agreement between the two nations, for a total of $250 million for protecting and maintaining the natural habitat. Thus far, the country has received only $115 million of the total grant. I will look to see if an update is available on the balance owed.

“At the point where the Caribbean meets South America on its North Atlantic seaboard lies an almost unknown, but incredibly wonderful land of unspoilt beauty, where the virgin rainforest leads to the Amazon Basin. Where the jungle is still unexplored, rivers uncharted and mountains yet to be climbed ~~

Norway, a unitary state is a combo of so many things and while it had some major shake ups it was also controlled by many and absorbed into a union with (Denmark&Sweden). Norway, at some point demanded independence and is  among one of the founders of the UN. They have an  abundance of oil and natural gas among other things.

Oman , occupied by the (Portuguese) for 100yrs + then booted by the area’s tribes who were also booted from Oman, taken by the Sultan and is supposedly self-governing. The country has a racially mixed native population, a legacy of its imperial past.[35] Many Omani Arabs are returnees from the Swahili Coast, where they lived alongside (Bantu peoples).[84] Oman’s passports and immigration office estimates that around one third of the nation’s population of two million (~670,000) were either born in that region or their parents were. Due to these historical ties, a number of Omanis speak the Swahili language of Zanzibar. Additionally, the government of Oman automatically grants citizenship to all Zanzibaris who have Omani ancestral heritage.

My relationship with New Zealand is a mystery to me, but the Māori were first to reach New Zealand and the first Europeans to occupy New Zealand were the (Dutch). It is considered an asian(eurasian)country. The (Dutch) people and their descendants are found in migrant communities worldwide, including New Zealand,(( Brazil and the United States).[19] wiki

I support Obama because he represents the bold and drastic changes we need NOW in Washington, DC … he believes in action not the lip service we’ve gotten from the last administration… he knows and understands we need to pay attention to our environment, that we need to narrow the gap between the haves and have none, better health-care. Last, our future is our children and that means better educational opportunities…

Americans should demand nothing less than … Equal rights for everyone in all its forms.

The change Americans believed in 2008 … is now one we must all take part in and fight for so, look for, sign and or comment on Petitions available. Use the petitions to voice your opinion, tell me what YOU think, support or push Congress for… “We the People” made things happen and Repubicans heard our loud voices. I am looking to move #FORWARD for 21st Century living! 2nd Term for Barack Obama !

The work is not done … Help PBO finish what he campaigned on by Speaking OUT and Standing UP !

My Blog: Point/CounterPoint… named after the Novel written in the 1920′s

Yet, Reflects our 21st century society … characters in Politics and Pop culture who denounce the dangers of sacrificing humanity for intellectualism while expressing concerns about the staggering progress of science and technology.

Who also condemn opinions on class and the reactions of people as the barriers break down comparing where the various possibilities and relationships collide or cross paths while looking with judgmental eyes at the dichotomy between reason and passion.

The push and pull of social values … Point/CounterPoint .

Faces of our Ancestors 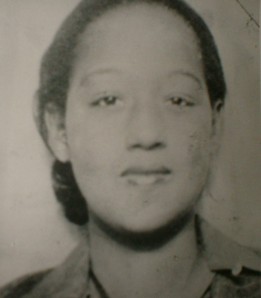 16 thoughts on “Be a Seed for Change”