United Nations Resolution 181, resolution passed by the United Nations (UN) General Assembly in 1947 that called for the partition of Palestine into Arab and Jewish states, with the city of Jerusalem as a corpus separatum (Latin: “separate entity”) to be governed by a special international regime. The resolution—which was considered by the Jewish community in Palestine to be a legal basis for the establishment of Israel, and which was rejected by the Arab community—was succeeded almost immediately by violence.

Palestine had been governed by Great Britain since 1922. Since that time, Jewish immigration to the region had increased, and tensions between Arabs and Jews had grown. In April 1947, exhausted by World War II and increasingly intent upon withdrawing from the Middle East region, Britain referred the issue of Palestine to the UN. To investigate a suitable course of action, the UN formed the UN Special Committee on Palestine (UNSCOP), an inquiry committee made up of members from 11 countries. Ultimately, UNSCOP delivered two proposals: that of the majority, which recommended two separate states joined economically, and that of the minority, which supported the formation of a single binational state made up of autonomous Jewish and Palestinian areas. The Jewish community approved of the first of these proposals, while the Arabs opposed them both. A counterproposal—including a provision that only those Jews who had arrived before the Balfour Declaration (and their descendents) would be citizens of the state—did not win Jewish favour.

The proposal to partition Palestine, based on a modified version of the UNSCOP majority report, was put to a General Assembly vote on November 29, 1947. The fate of the proposal was initially uncertain, but, after a period of intense lobbying by pro-Jewish groups and individuals, the resolution was passed with 33 votes in favour, 13 against, and 10 abstentions.

This article was most recently revised and updated by Amy McKenna, Senior Editor.

I wanted to thank Britannica for speaking truth to power as sad as it looks, it smells outrageous and seemingly inhumane way of dealing with People! The truth re: The mistreatment of Palestinians and their history their land needs more airtime


Something Wicked This Way Comes was based on a Ray Bradbury novel. Possibilities for a dark, child’s view fantasy set in rural America of yore are visible throughout the $20 million production but various elements have not entirely congealed into a unified achievement.

a great book, a good read and foreboding if nothing else in this era of trump … sigh

1864 – The Sand Creek Massacre occurred in Colorado when a militia led by Colonel John Chivington, killed at least 400 peaceful Cheyenne and Arapaho Indians who had surrendered and had been given permission to camp.

1890 – Navy defeated Army by a score of 24-0 in the first Army-Navy football game. The game was played at West Point, NY.

1892 – A patent was issued to Almon Brown Strowger for the rotary dial.

1929 – The first airplane flight over the South Pole was made by U.S. Navy Lt. Comdr. Richard E. Byrd.

1939 – The USSR broke off diplomatic relations with Finland prior to a Soviet attack.

1945 – The monarchy was abolished in Yugoslavia and a republic proclaimed.

1947 – The U.N. General Assembly passed a resolution that called for the division of Palestine between Arabs and Jews.

1961 – The Mercury-Atlas 5 spacecraft was launched by the U.S. with Enos the chimp on board. The craft orbited the earth twice before landing off Puerto Rico.

1963 – A Trans-Canada Airlines DC-8F with 111 passengers and 7 crew members crashed in woods north of Montreal 4 minutes after takeoff from Dorval Airport. All aboard were killed. The crash was the worst in Canada’s history.

1967 – U.S. Secretary of Defense Robert S. McNamara announced that he was leaving the Johnson administration to become president of the World Bank.

1971 – The Professional Golf Championship was held at Walt Disney World for the first time.
Disney movies, music and books

1974 – In Britain, a bill that outlawed the Irish Republican Army became effective.

1975 – Bill Gates adopted the name Microsoft for the company he and Paul Allen had formed to write the BASIC computer language for the Altair.

1982 – The U.N. General Assembly voted that the Soviet Union should withdraw its troops from Afghanistan.

1987 – A Korean jetliner disappeared off Burma, with 115 people aboard.

1987 – Cuban detainees released 26 hostages they’d been holding for more than a week at the Federal Detention Center in Oakdale, LA.

1988 – The U.S. Supreme Court ruled that the rights of criminal defendants are not violated when police unintentionally fail to preserve potentially vital evidence.

1989 – In Czechoslovakia, the Communist-run parliament ended the party’s 40-year monopoly on power.

1990 – The U.N. Security Council voted to authorize military action if Iraq did not withdraw its troops from Kuwait and release all foreign hostages by January 15, 1991.

1992 – Dennis Byrd (New York Jets) was paralyzed after a neck injury in a game against the Kansas City Chiefs.

1994 – The U.S. House passed the revised General Agreement on Tariffs and Trade.

1994 – Fighter jets attacked the capital of Chechnya and its airport only hours after Russian President Boris Yeltsin demanded the breakaway republic end its civil war.

1996 – A U.N. court sentenced Bosnian Serb army soldier Drazen Erdemovic to 10 years in prison for his role in the massacre of 1,200 Muslims. The sentence was the first international war crimes sentence since World War II.

2004 – The French government announced plans to build the Louvre II in northern France. The 236,808 square foot museum was the planned home for 500-600 works from the Louvre’s reserves.

2004 – Godzilla received a star on the Hollywood Walk of Fame.

2008 – In China, construction on the Shanghai Tower began. 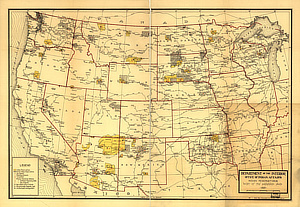