1956 Photo of Dorothy Vredenburgh,
Secretary of the Democratic National Committee

TRIBUTE TO DOROTHY VREDENBURGH BUSH (United States Senate – January 23, 1992)
[Congressional Record Page: S217]
Mr. HEFLIN. Mr. President, we were saddened late last year by the death of Dorothy Bush, long-time secretary of the Democratic National Committee and legend in Democratic Party politics. She was well-known in political circles across the country for calling the roll of States and keeping the vote count that led to the nomination of every Democratic Presidential ticket from Roosevelt-Truman in 1944 to Dukakis-Bentsen in 1988. She served under 17 national party chairmen, 9 national convention chairs, and through the administrations of 10 U.S. Presidents.

Originally from the State of Mississippi, Dorothy Bush moved to Birmingham, AL, in 1937 to take a job as secretary to the director of insurance for Tennessee Coal, Iron, and Railroad/U.S. Steel. She later married Peter Vredenburgh III, namesake of the small Monroe County, AL, town where they lived for a time. Six years after his death in 1956, she wed the Honorable John W. Bush, a former Chairman of the Interstate Commerce Commission, and relocated to Florida.

In Alabama, Dorothy was active with the Young Democratic Clubs of America, which she served for 9 years as national committeewoman. At the Young Democrats National Convention in Louisville, KY, Dorothy served as assistant secretary. She went on to complete 5 years as the national organization’s vice president and was the only woman to hold the office of acting president.
Appointed national party secretary in 1944, she was the first woman and, at 27, the youngest individual in either party to ever hold the office. She continued to call the roll of the States as the permanent secretary at each of the succeeding national conventions.
As current Democratic Party Chairman Ron Brown said after her death, `Mrs. Bush * * * showed an unending commitment to the party and Democrats across the country.’ Indeed, her work took her all over the Nation for meetings, speeches, fundraising events, and campaigns. She traveled with Lyndon Johnson on his vice presidential train in 1960; was a White House coordinator for the `Lady Bird Special’ train trip through Southern States in 1964; and campaigned in 1976 aboard the Carter-Mondale `Democratic Whistlestop’ train. As cochair of the National Party Advisory Committee on Senior Issues, Secretary Bush joined Senator Claude Pepper in 1983 and 1984 at rallies to promote the interests of senior citizens.

As her former assistant for many years has said, Dorothy Bush became an American institution, and was the unchanging sensibility and continuity in a party that has, over the decades she served, witnessed enormous change. Fans of Democratic Party conventions always looked forward to the roll call of the States, for they knew the caller would be Dorothy Vredenburgh Bush, with her unmistakable Mississippi accent and natural poise. When the party convenes in New York this summer to nominate the next President of the United States, these fans will, regrettably and sadly, witness one more change, one that we never wanted to see: For the first time in 48 years, Dorothy Bush will not be there at the podium to call the roll of States.

Mr. President, I am proud that the Young Democrats of Alabama saw fit to share Dorothy’s extraordinary talents and uncommon commitment to our party’s principles with the rest of the Nation. I extend my sincerest condolences to Mrs. Bush’s family, and ask unanimous consent that an article from the Washington Post on her life and career be printed in the Record.

There being no objection, the article was ordered to be printed in the Record, as follows: 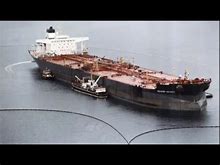 Meeting on the grounds of the former Confederate Capitol, the Virginia General Assembly voted unanimously Saturday to express “profound regret” for the state’s role in slavery.

Sponsors of the resolution say they know of no other state that has apologized for slavery, although Missouri lawmakers are considering such a measure. The resolution does not carry the weight of law but sends an important symbolic message, supporters said.
“This session will be remembered for a lot of things, but 20 years hence I suspect one of those things will be the fact that we came together and passed this resolution,” said Delegate A. Donald McEachin, a Democrat who sponsored it in the House of Delegates.

The resolution passed the House 96-0 and cleared the 40-member Senate on a unanimous voice vote. It does not require Gov. Timothy M. Kaine’s approval.
The measure also expressed regret for “the exploitation of Native Americans.”
The resolution was introduced as Virginia begins its celebration of the 400th anniversary of Jamestown, where the first Africans arrived in 1619. Richmond, home to a popular boulevard lined with statues of Confederate heroes, later became another point of arrival for Africans and a slave-trade hub.
The resolution says government-sanctioned slavery “ranks as the most horrendous of all depredations of human rights and violations of our founding ideals in our nation’s history, and the abolition of slavery was followed by systematic discrimination, enforced segregation, and other insidious institutions and practices toward Americans of African descent that were rooted in racism, racial bias, and racial misunderstanding.”