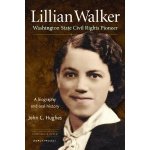 A book called “Lillian Walker, Washington Civil Rights Pioneer,” written by John C. Hughes, an author and interviewer with The Legacy Project, an oral history program established by the Office of Secretary of State in 2008. The book is published by the Washington State Heritage Center and printed by Gorham Printing.Joyce.

“The YWCA’s goal is to make Mrs. Walker’s inspirational story available to all school and public libraries in the nation as an example of a young person who not only had the courage to stand up for what is right, but also to continue to stay involved in her community to make it better over a 70-year time period,” Jackson said.

Click here http://www.sos.wa.gov/legacyproject/oralhistories/lillianwalker/ to read The Legacy Project’s oral history on Lillian Walker based on sit-down interviews, as well as photos and other materials.

Lillian Walker helped found the Bremerton branch of the NAACP in 1943 and went on to serve as state NAACP secretary. She was conducting sit-ins and filing civil rights lawsuits when Martin Luther King was in junior high school.

Mrs. Walker and her late husband, James, arrived in the Navy Yard city of Bremerton in 1941 together with thousands of other African–American wartime workers who thought they had left racism behind in the South and industrialized cities of Midwest and East. But many Kitsap County businesses, including cafes, taverns, drug stores and barber shops, displayed signs saying, “We Cater to White Trade Only.” In a landmark case, the Walkers took a soda fountain owner to court and won.

Mrs. Walker is a charter member of the YWCA of Kitsap County, former chairman of the Kitsap County Regional Library Board, a 69-year member of Ebenezer African Methodist Episcopal Church, and a founder and former president of Church Women United in Bremerton.

To learn more about The Legacy Project, go to its web site at http://www.sos.wa.gov/heritage/LegacyProject/default.aspx.