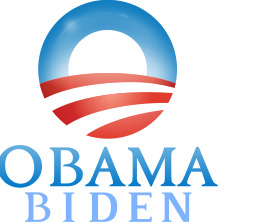 Signing Export-Import Bank Reauthorization
President Obama signs the Export-Import Bank Reauthorization Act of 2012, which will reauthorize the Bank to continue financing U.S. exports and ensure a level playing field for U.S. businesses at no cost to American taxpayers. May 30, 2012.More
President Obama Speaks on Food Security at G8 Meeting
http://youtu.be/cWr2DKjKPSw

Help us reach 100,000 supporters in May fighting back against Republicans‘ radical agenda and supporting President Obama in 2012.

Contribute before the May Federal Election Commission deadline Midnight Tonight and a group of committed Democrats will match your gift 2-to-1.

I’m sick and tired of these downright deceptive Republican attacks.

So here’s the plan: we’re going to call out their lies, hold Republicans nationwide accountable for their radical records, re-elect President Obama, and back him up with a Democratic Majority.

Does that sound good? Well then we need you with us.

Whether or not you’ve already given, President Obama needs your help right now so Democrats can go toe-to-toe with the Republicans and their Super PAC allies.

So do your part right now. Pitch in $3 or more today:

Wouldn’t it be nice to support a candidate for Congress who is a true expert in something other than campaigning? Well, you can; his name is Dr. Lee Rogers, in California’s 25th Congressional district.

Dr. Rogers is a podiatrist and an award-winning medical researcher. He runs the Amputation Prevention Center in Los Angeles, and he teaches medicine. He pioneered a new protocol for diabetes patients that reduced amputations by 72%.

Back in the 1990s, I worked with someone who had a severe case of diabetes. I watched his health deteriorate over the years. The circulation in his legs weakened to the point where a foot was amputated.

But if my friend were alive today, Dr. Rogers probably could save that foot.

Healthcare is now one-sixth of the US economy. Imagine how good it would be to have someone in Congress who knows it so well.

A doctor who would be in a position to improve healthcare in America? What a concept!

California is holding its “jungle primary” next Tuesday, where Democrats and Republicans are lumped together. To have a chance against Dirty Buck in November, Dr. Rogers has to do well on June 5. Please show your support.

-The Speaker announced that the House do now recess. The next meeting is scheduled for 12:00 P.M. today.10:00:44 A.M. -MORNING-HOUR DEBATE – The House proceeded with Morning-Hour Debate. At the conclusion of Morning-Hour, the House will recess until 12:00 p.m. for the start of legislative business.10:00:36 A.M. -The Speaker designated the Honorable Daniel Webster to act as Speaker pro tempore for today.10:00:22 A.M. -The House convened, starting a new legislative day.