Originally intended as a temporary installation, the Eiffel Tower has become one of the most enduring symbols of France and the industrial age.

On March 31, 1889, the Eiffel Tower is dedicated in Paris in a ceremony presided over by Gustave Eiffel, the tower’s designer, and attended by French Prime Minister Pierre Tirard, a handful of other dignitaries, and 200 construction workers.

In 1889, to honor of the centenary of the French Revolution, the French government planned an international exposition and announced a design competition for a monument to be built on the Champ-de-Mars in central Paris. Out of more than 100 designs submitted, the Centennial Committee chose Eiffel’s plan of an open-lattice wrought-iron tower that would reach almost 1,000 feet above Paris and be the world’s tallest man-made structure. Eiffel, a noted bridge builder, was a master of metal construction and designed the framework of the Statue of Liberty that had recently been erected in New York Harbor.

Eiffel’s tower was greeted with skepticism from critics who argued that it would be structurally unsound, and indignation from others who thought it would be an eyesore in the heart of Paris. Unperturbed, Eiffel completed his great tower under budget in just two years. Only one worker lost his life during construction, which at the time was a remarkably low casualty number for a project of that magnitude. The light, airy structure was by all accounts a technological wonder and within a few decades came to be regarded as an architectural masterpiece.

The Eiffel Tower is 984 feet tall and consists of an iron framework supported on four masonry piers, from which rise four columns that unite to form a single vertical tower. Platforms, each with an observation deck, are at three levels. Elevators ascend the piers on a curve, and Eiffel contracted the Otis Elevator Company of the United States to design the tower’s famous glass-cage elevators.

The elevators were not completed by March 31, 1889, however, so Gustave Eiffel ascended the tower’s stairs with a few hardy companions and raised an enormous French tricolor on the structure’s flagpole. Fireworks were then set off from the second platform. Eiffel and his party descended, and the architect addressed the guests and about 200 workers. In early May, the Paris International Exposition opened, and the tower served as the entrance gateway to the giant fair.

The Eiffel Tower remained the world’s tallest man-made structure until the completion of the Chrysler Building in New York in 1930. Incredibly, the Eiffel Tower was almost demolished when the International Exposition’s 20-year lease on the land expired in 1909, but its value as an antenna for radio transmission saved it. It remains largely unchanged today and is one of the world’s premier tourist attractions.

Why is this important?

For the last 40 years American Black farmers have lived a hellish nightmare deliberately orchestrated by the USDA and its local Farmers Home Administration (now the Farm Service Agency) offices to confiscate Black owned land and homes.

The story of this 67-year-old military veteran and farmer Eddie Wise and his wife, Dorothy is the latest example of this violence. On Wednesday, January 20, 2015, around 7:30 a.m., at least 14 Federal Marshals in full military gear with full scale military guns drawn, along with several county sheriff officers, descended on the 106 acre hog farm in Nash County, NC, and forcibly escorted Eddie Wise and his wife, who was still in bed and suffers from a debilitating medical condition, out of their home and off the land that they have owned for more than 20 years.

Eddie’s Farm is set to be auctioned on April 7th. Sign here to help us stop this.

Not only did the Federal Marshals render Eddie and Dorothy immediately homeless and landless, but they did not allow them to take any of their belongings except the clothes on their backs. Mr. Wise is in fear of his life and the life of his wife.“I believe if I had shown one ounce of resistance, the Federal Marshals would have killed me. I actually believe that’s what they came to do…” said Mr. Wise, his eyes moist with tears.

Saving their land has been a long and exhaustive process for the Wise family. It took the Wises five years to secure the loans they needed to buy their farm—and with a $60,000 increase over the course of only a month that has lead to an escalated foreclosure process, we know the unjust seizure of his farm is targeted and intentional.

Eddie Wise is an advocate for Black Farmers and now is the time that we take a stand for him.

This cause is close to my heart – please sign: http://iam.colorofchange.org/petitions/return-north-carolina-farm-unjustly-seized-back-to-black-farmer?bucket=COCsource%3Dmailing&source=twitter-share-button via @ColorOfChange

Eddie and Dorothy Wise are among the last Black family farm owners in the country— where Black farms are now only 1% of all farms. The violent seizure of their farm by 14 armed Federal Marshalls and the continued racism of the Farm Services Agency reflects the need for justice on behalf of Black family farms  small farmers everywhere. We, the undersigned, thus demand:

2. Halt all proceedings around the auctioning of their farm scheduled for April 7, 2016.

3. Conduct a FULL independent investigation to uncover how Mr. and Mrs. Wise’s case escalated so rapidly and so unjustly and investigate how Mr. Wise was forcibly removed.

4. Ensure that all measures are taken to protect small farmers so no other farmer will be treated as violently, inhumanely and unjustly as Mr. Wise.

Massive companies are rushing to mine the fragile ocean floor. But the twenty-four people who make the rules are meeting this week, and we can stop this plunder if we back scientists’ warnings with a massive wake-up call: 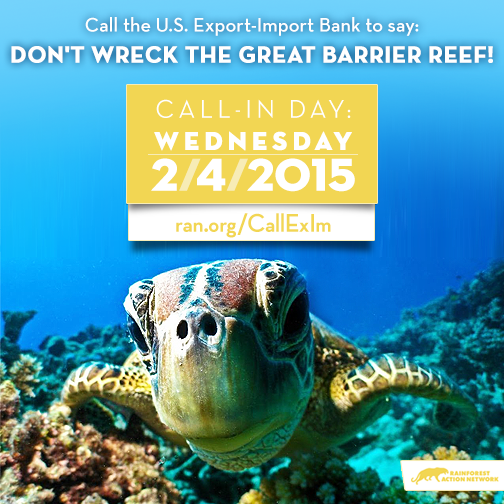