There’s nothing worse than a verbose fundraising email, so I’ll get right to the point: We’re $12,342 away from our November fundraising goal — can you click here to contribute $5 or $10 and help us reach it?

P.S.: Okay, in case you felt shortchanged by that fairly brusque email, let me reassure you that, in fact, your support really does mean an awful lot to me. Every time I ask my staff how we’re doing and hear about all the $25 contributions people are sending in and all the nice notes that come along with the contributions, it lifts my spirits and makes me even more committed to doing the good work you worked so hard to send me to the Senate to do. It’s just that, when I asked the team how we were doing today, they told me about being $12,342 short of our monthly goal. And I know there are only 13 hours left, but I really, really want to get there. Not just for the satisfaction of reaching a goal, but because we need that money to fund our grassroots, people-powered campaign. And it really does make a difference when you send in a few dollars — in fact, if everyone who read this email sent in a few dollars, we’d blow through that goal. Actually, if only the people who read all the way through to this ridiculously long P.S. sent in a few dollars, we’d be all set for the month. Anyway. 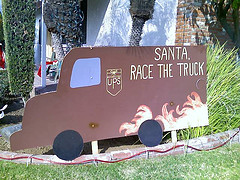 The monthly number was better than expected. Analysts had expected a smaller gain in November. October’s monthly gain in private-sector hiring was revised up to 130,000 from a previously reported gain of 110,000.

Each month, ADP releases a report on whether private employers added any jobs in the prior month. The report is often used as a gauge heading into the government’s monthly employment report, which is due out Friday.

Earlier, consultants Challenger, Gray & Christmas reported the number of planned layoffs at U.S. firms edged down marginally in November, though job cuts for the year have surpassed 2010’s total.

Employers announced 42,474 planned job cuts this month, down 0.7 percent from 42,759 in October, according to the report.

Cuts in the government sector accounted for 44 percent of November’s layoffs, the eighth time this year the sector has led all others in monthly job cuts.

Of the 18,508 government job cuts announced this month, 13,500 were the result of civilian workforce cuts made by the United States Air Force.

“Over the past six months, we definitely have seen a shift away from the heavy government job cuts at the state and local level toward increased job cuts at the federal level,” John Challenger, chief executive officer of Challenger, Gray & Christmas, said in a statement. “The worst may be yet to come, as cutbacks spread from the military to every other agency in Washington.”

Hiring plans fell sharply to 63,527 from 159,177 the month before. Most of November’s gains were from seasonal workers being hired by UPS.

The report comes two days ahead of the key U.S. jobs report, which is forecast to show the economy added 122,000 in November.

The Associated Press and Reuters contributed to this report.

They’re at it again. Opponents of birth control are trying to put women’s health at risk.

Over the summer, we secured a big victory when we helped get all forms of FDA-approved contraceptives covered and without a co-pay. However, we were dismayed that the administration allowed some employers to deny this coverage to their employees. Now, some opponents of contraception are pressuring President Obama to deny this critical benefit to more than a million more women.

The reality is that nearly all of sexually active women in the U.S., regardless of their religious beliefs, use contraception at some point in their lives, and it is a preventive health service that should be covered regardless of where they work.

This summer over 60,000 of you joined our effort to say: birth control — we got you covered! We need your help again to ensure that ALL women have access to affordable contraception — tell President Obama to give ALL women access to contraception without co-pays.

In signing the Affordable Care Act, President Obama championed leveling the health care playing field. The current exemption and certainly any expansion of it will re-open the door for women to be treated like a pre-existing condition.

All women should have affordable access to the contraceptives they need, regardless of where they work. Please give ALL women access to contraception without a co-pay.
Thank you for continuing to stand up for the health of women and their families.

P.S. Your support allows us to continue to improve the health care of women and their families as well as work on many other critical issues. Please consider making a contribution today.   WWW.NWLC.ORG

The President will be in Scranton to talk jobs, the economy and more; this should also be a moment the public hears about the improvements made from where we were the President will talk about where we are heading and need to be.

Again, despite Teapublicans, President Obama has been working for the Middle and Lower Classes though folks on the right prefer to think and talk otherwise. Things are better; we all know the recovery is not over though if you asked Teapublicans they would say they probably really have not seen a big difference in their lives. I have to wonder if the house of bush gave full disclosure as to when our economy spiraled into that ditch – started –  and who really is giving this President the time to correct it… realistically.

So, I received comment about President Obama ignoring the Constitution. I appreciate the fact that i even get any comments at my blog … i try to respond to most comments  like the one below …

“You’d think the oath that mattered most to our elected leaders would be this one:

If the President ignores it, why should we expect any politician to follow it?

ME:In order to reply accurately to your comment regarding the President  ignoring the Constitution you must be more specific by listing specific examples of or where President Obama has, in your words “ignored it”. I know you are politically to the right so the comment is not a surprise …but I think that a pledge made to a private citizen such as Grover Norquist Versus the oath taken by members of Congress are definitely subject to questions –  have proven repeatedly which oath and or pledge is more important with their votes … and sadly they are known to say they think Obama has it out for and against the constitution. Most Rs&T ‘members of Congress talk about the state of our constitution and try to use it against the Obama Admin. If you listen the next thing you hear is their slogan about having to “take their country back” because the constitution is being misused, the 14th Amendment is not good enough for Americans. Now, in this year of 2011 and more  progressive bills being passed Teapublicans feel the Constitution,specifically the 14th Amendment needs to be adjusted, changed, or taken out completely. It seems to me that what these people are afraid of is what our world of Americans looks like and what it will look like in the future and it will be more progressive, more black and  brown, more gays, more interracial, more lefties than these people want to accept. 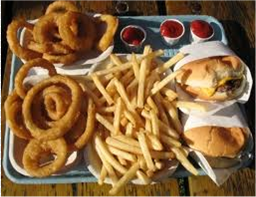 We thought we fixed this when Ronald Reagan  declared ketchup to be a vegetable and most of our country laughed out loud.

Late last night, Congress  unveiled change to the National School Lunch program that will allow a few dabs  of tomato paste to be considered a vegetable which means that a pizza  is back on our kids’ tables and obesity is here to stay.

Congress chose to look past the straightforward  recommendations of the National Academy of Sciences‘ Institute of Medicine and  the U.S. Department of Agriculture (USDA), and instead get in bed with the  American Frozen Food Institute and the National Potato Council to gut major  policy recommendations from the bill.   This unhealthy serving of  corporate special interests will hurt America‘s children — all 55 million of  our kids, particularly poor and disadvantaged kids who have to count on school  for their lunches.

But don’t just listen to Earth Day Network on  this one. Over 100 retired generals and admirals recently declared that the  dire state of our nation’s school food is a national security concern. Why?  One-third of all applicants to the U.S. military are turned down because they  are simply “too fat to fight.”

The USDA had proposed school nutrition standards  that would have doubled the overall amount of fruits and vegetables and would  have increased whole grains and low-fat dairy, while reducing sodium, unhealthy  fats and excess calories. Yet, lobbying from special interest groups has once  again derailed some of these critically important improvements-improvements  that would have given our kids a fighting chance.

Let the USDA finish its job of helping schools  improve the nutritional quality of their meals. Tell Congress to get off the  payrolls of those FAT cats and back on the side of our children.  http://salsa.democracyinaction.org/dia/track.jsp?v=2&c=2qyDe9WZrcbUkgWGnKl%2FONcufT5FYZsE