5 things you need to understand the Iran deal:

The U.S. and our international partners have secured the strongest nuclear arrangement ever negotiated. Thanks to the nuclear deal — formally known as the Joint Comprehensive Plan of Action (JCPOA) — the world can verifiably prevent Iran from obtaining a nuclear weapon.

It’s an historic deal. It’s vital to our national security and that of our allies, like Israel. It’s also very detailed and can seem a bit complicated. So if you’re looking to dive deep into the details, here are five things you should explore to better understand why this deal will ensure Iran’s nuclear program will remain exclusively peaceful moving forward.

Fifty-two years ago, President John F. Kennedy delivered a speech at American University on the importance of peace in the nuclear age. This week, President Obama returned there to do the same. He outlined exactly what’s in the Iran deal and what’s at stake should Congress reject it.

Take a look — it’s worth the watch:

Print This: A packet of everything on the Iran deal

Looking for a deep dive into the specifics of the JCPOA? Want to know what security officials, nuclear scientists, and other experts have to say about it?

Peruse this packet of information on the details of the Iran deal online, or print it and take it with you.

Share This: A few FAQs on the Iran deal

As the President has said, there’s a lot of misinformation and falsehoods out there about what exactly is in the deal and how it will work.

Check out WhiteHouse.gov/Iran-Deal to get the answers you’re looking for — and a lot more on how this deal blocks all of Iran’s pathways to a bomb.

Read This: The enhanced text of the Iran deal

You can read all 159 pages of the Iran deal with comments from the people who negotiated it and who will implement it.

Find it on Medium — then share it with everyone who wants to dig into the specifics of the way the deal provides unprecedented transparency to monitor Iran’s nuclear fuel cycle, the robust verification regime, and more.

Want updates on the Iran deal in realtime?

Follow @TheIranDeal for live fact-checks, news updates, and exclusive insights on the significance of this historic deal — along with the next steps we need to take to prevent Iran from obtaining a nuclear weapon and avoid another conflict in the Middle East.

As Congress moves through its 60-day review period of the deal, stay tuned for more updates on this important diplomatic achievement. 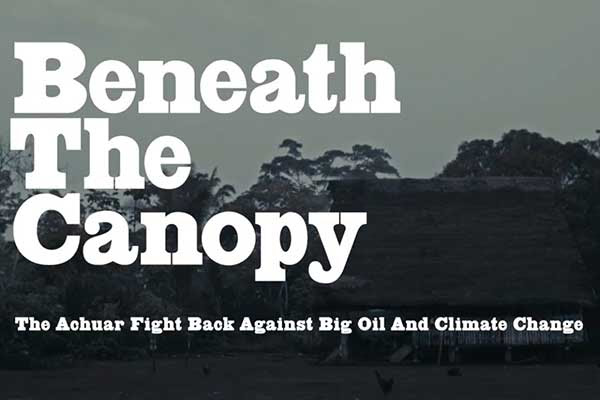 Why We Do What We Do

Who are Amazon Watch’s indigenous partners? Why are they so important for the long-term survival of the Amazon? How is oil extraction a threat to their way of life? What does climate change mean to them?

There is a lot of information available on the Amazon Watch website and social media responding to those questions, but this six-minute documentary “Beneath The Canopy: The Achuar Fight Back Against Big Oil And Climate Change” does an elegant job of summing it up.

95 Years Ago Women Were Granted The Right To Vote, Today Women Of Color Are An Extremely Important Voting Bloc

Today marks 95 years since the certification of the 19th amendment, which granted women access to vote. In recognition of the historic achievement, President Obama declared today Women’s Equality Day. Women’s Equality Day recognizes all the ways that persisting gender inequality affects women today, from the gender wage gap to equal access to the ballot box.

A new analysis by the Center for American Progress looked at the influential role women—especially women of color—play in our elections. The 19th Amendment paved the way for women to vote, but until the Voting Rights Act was enacted in 1965, many women of color were still prohibited from voting. But in the relatively short amount of time since then, even amidst attacks on voting rights at the national and state level, women of color have become an incredibly influential voting bloc.

Here are a few facts to illustrate the growing influence of women of color:

BOTTOM LINE: Despite having faced significant hurdles throughout American history, women of color have become one of the most influential voting blocs and their power will only continue to grow. Equal access to the ballot is vital to the health of our democratic society. We need federal voting rights protections to help repair the damage done by the Supreme Court in Shelby County v. Holder, the case that gutted the Voting Rights Act, to ensure everyone is guaranteed equal access to the ballot box.

BOGOTA (Thomson Reuters Foundation) – The number of Haitians infected by cholera has risen more than 300 percent in the past year as early rains, poor sanitation, and a lack of funding means the impoverished Caribbean nation struggles to stem the disease, the United Nations said.

From January to April this year, 14,226 Haitians were infected with cholera, a 306 percent increase from the same period last year, with the Haitian capital Port-au-Prince hardest hit.

“An upsurge in the last quarter of 2014 continues to affect Port-au-Prince’s metropolitan area, illustrating the shift of the epidemic from rural to urban areas,” said the latest U.N. humanitarian agency (OCHA) report on Haiti.

“This raises concerns with regards to the upcoming rainy season, when cholera in Haiti traditionally expands.”

Cholera, a water-borne disease, has killed nearly 9,000 Haitians and infected 738,000 since the outbreak began in the aftermath of a devastating 2010 earthquake.

Infection is caused by drinking and using contaminated water, triggering diarrhea and vomiting that often brings on severe dehydration, which if not treated quickly can be fatal.

Haiti leads the world in suspected cholera cases. So far this year, at least 121 Haitians have died from cholera, according to OCHA.

The rainy season — which tends to cause a spike in water-borne bacterial diseases like cholera — usually runs from April to June, but this year heavy rains began to fall a month early.

Evidence strongly suggests U.N. peacekeepers from Nepal were the source of Haiti’s cholera epidemic, when they were stationed near a river and discharged raw sewage, according to a 2011 report from the U.S. Centers for Disease Control and Prevention.

The U.N. was sued in 2013 by the Boston-based rights group, the Institute for Justice and Democracy in Haiti, demanding improved water and sanitation infrastructure, compensation for thousands of cholera victims and an apology.

A New York federal judge threw out the lawsuit in January, saying the U.N. could not be sued because it has legal immunity. The rights group recently filed an appeal.

A lack of funding amid numerous global crises has meant little progress has been made on improving sanitation in Haiti, a key way of combating cholera.

Forty percent of Haiti’s population of 10 million do not have access to clean water, while nearly half of the country’s hospitals lack either drinking water or sanitation, according to the Pan American Health Organization.

In a bid to eradicate cholera in Haiti and the neighboring Dominican Republic, the U.N. launched a $2.1 billion 10-year campaign in late 2012, of which just 18 percent has been funded.