On this day in 1969, the Supreme Court ordered immediate public school desegregation throughout the United States via its decision in Alexander v. Holmes County Board of Education.

Fifteen years after the U.S. Supreme Court ordered public school desegregation with “all deliberate speed” in Brown v. Board of Education Topeka, Kansas, most Southern states still had yet to fulfill its mandate.

It would take the action of Fifth Circuit Judge Hugo Black and the NAACP to force real change. Members of the NAACP protested a circuit court ruling in the summer of 1969 that granted the Justice Department and Department of Health, Education, and Welfare (HEW) an extension until December 1 to draw up desegregation plans for 33 Mississippi school districts. Given that it had already been nearly five years since the passage of the 1964 Civil Rights Act, the NAACP took the case to the Supreme Court

In Alexander v. Holmes County Board of Education—which was decided on this day in 1969—the Court ruled to underscore their previous mandates in Brown and Brown II and ordered immediate desegregation of public schools. Noting that the “all deliberate speed” language in Brown enabled Southern states to procrastinate, the Court’s decision took no chances, saying, “The obligation of every school district is to terminate dual school systems at once and to operate now and hereafter only unitary schools.”

Although much of the American public school system still remains racially segregated, the Supreme Court’s ruling is still an important standard for which to aspire and, thus, worthy of today’s #TBT.
Read the Court’s Alexander v. Holmes County Board of Education decision here. 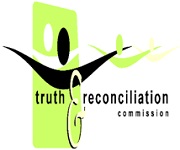 By October, some 300 women and men had become charter members. The organizing conference was October 29-30 in Washington, D.C., but only 30 of the 300 charter members participated. NOW’s flair for making a few seem like many may have begun with this first formal meeting.

The slate of officers was elected as nominated, including Kathryn (Kay) Clarenbach as Chair of the Board, Betty Friedan as President, Aileen Hernandez—who had announced her impending resignation from the EEOC—in absentia as Executive Vice President, Richard Graham as Vice President, and Caroline Davis as Secretary/Treasurer.

They adopted a Statement of Purpose with broad concerns, addressing all women and all facets of a woman’s life. It rings with a passionate commitment to “the worldwide revolution of human rights now taking place within and beyond our national borders,” and remains in many ways a timeless document. “We debated virtually every comma of our Statement of Purpose, but were not divided on any of its substance nor on the targets for action to which we committed ourselves in setting up the task forces,” said Friedan, who had drafted the document.

The conference decided on a structure that “gives the basic power to the membership as a whole, in annual national conferences… [and] between such conferences, the national board of 35, including the five national officers, will be free to act, meeting every three months; between its meetings, the five officers will be free to execute agreed policy.” Virtually the same structure continues today.

The conference approved immediate action on Title VII enforcement efforts and authorized a legal committee to take action on behalf of flight attendants and to challenge so-called protective labor legislation. They formed task forces on issue after issue, and those task forces carried out much of the early NOW agenda and activities.

In a 1966 report on the conference, Friedan wrote: “We wasted no time on ceremonials or speeches, gave ourselves barely an hour for lunch and dinner…At times we got very tired and impatient, but there was always a sense that what we were deciding was not just for now ‘but for a century…’ We shared a moving moment of realization that we had now indeed entered history.”

for the complete story … now.org