1815 – Napoleon Bonaparte began his exile on the remote island of St. Helena in the Atlantic Ocean.

1847 – “Jane Eyre” by Charlotte Bronte was first published in London.

1860 – Grace Bedell, 11 years old, wrote a letter to presidential candidate Abraham Lincoln. The letter stated that Lincoln would look better if he would grow a beard.

1883 – The U.S. Supreme Court struck down part of the Civil Rights Act of 1875. It allowed for individuals and corporations to discriminate based on race.

1892 – The U.S. government announced that the land in the western Montana was open to settlers. The 1.8 million acres were bought from the Crow Indians for 50 cents per acre. (taken)

1914 – The Clayton Antitrust Act was passed by the U.S. Congress.

1937 – “To Have and Have Not” by Ernest Hemingway was published for the first time.

1945 – Pierre Laval, the former premier of Vichy France, was executed for treason.

1946 – Hermann Goering, a Nazi war criminal and founder of the Gestapo, poisoned himself just hours before his scheduled execution.

1964 – It was announced that Soviet leader Nikita Khrushchev had been removed from power. He was replaced with Alexei N. Kosygin.

1966 – U.S. President Lyndon B. Johnson signed a bill creating the Department of Transportation.

1966 – In Illinois, Cahokia Mounds was added to the U.S. National Register of Historic Places.

1966 – The First Bank of the United States was listed on the National Register of Historic Places.

1983 – U.S. Marines killed five snipers who had pinned them down in Beirut International Airport.

1984 – The Freedom of Information Act was passed.

1997 – The Cassini-Huygens mission was launched from Cape Canaveral, FL. On January 14, 2005, a probe sent back pictures of Saturn’s moon Titan during and after landing.

1998 – The U.N. condemned the U.S. economic embargo on Cuba for the seventh year in a row. 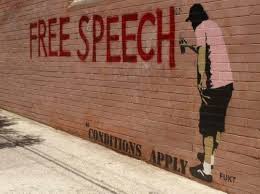 Freedom of Information Act Amendments of 1984 –

Amends the Freedom of Information Act to require agencies to promulgate regulations with regard to the procedures for:

(2) handling requests for such confidential information. Provides for de novo judicial review by a U.S. district court of an agency decision to withhold or disclose records. Directs a court to assess attorneys fees against a submitter where the submitter’s reasons for withholding information were not substantially justified. Provides for a sliding fee schedule based upon use (commercial or non-commercial) and the nature of the requester (e.g., individual, educational or scientific institution, news organization, or governmental agency). Permits expedited access to records upon a showing of compelling need. Allows the Special Counsel of the Merit Systems Protection Board to take action against agency personnel for arbitrary and capricious behavior with regard to the withholding, removal, or alteration of a record or with regard to the fee estimate.

Requires the annual report of an agency to include: (1) the number of requests made;

(2) the number of fee waivers requested and granted; and

(3) the average length of time to comply with requests and appeals. Revises the current exemption given to law enforcement records to permit the withholding of law enforcement records if such disclosure would endanger the life or physical safety of any individual. Exempts from disclosure requirements any informant records maintained under an informant’s name or personal identifier unless the status as informant has been officially acknowledged.