It’s not exactly a secret that Washington hasn’t worked as well as it should. Between the constant gridlock and partisanship, most people just tune this town out. That was especially true this year when the government literally shut down.

Yet, even in spite of all that, thanks to the grit of the American people, this country continues to move forward. After the worst financial crisis since the Great Depression, folks are getting back to work and the economy is getting stronger.

And late this year, Washington took a cue — and managed to make some progress itself.

While it’s too early to declare a new era of bipartisanship, what we’ve seen recently is that Washington is capable of getting things done when it wants to. And there’s an opportunity next year for this town to do its job and make real progress.

Here are just a couple areas where there’s been progress made recently — check them out, and then take a look at our full 2013 year-in-review.

For the first time in years, both parties in Congress came together and passed a budget. This budget doesn’t include everything that everyone wanted — but our economy will grow a little faster, be a little fairer for middle-class families, and create more jobs because of it.

Our businesses created 2 million jobs in 2013. That’s more than 8 million private-sector jobs in just over 45 months.

The economy is growing. Just last week we learned that, over the summer, our economy grew at 4.1% — its strongest pace in almost two years.

We’ve cut the deficit in half since 2009. That’s four years of the fastest deficit reduction since the end of World War II — and it means we’re improving our nation’s long-term fiscal position while strengthening our economy.

We produce more oil in the U.S. than we import from abroad. Thanks to an all-of-the-above strategy, we’re reducing our reliance on foreign oil — and that means lower energy costs for consumers.

The American auto industry is thriving. Last month, the auto industry added more than fifteen thousand jobs. And just a few weeks ago, the United States sold its final stake in General Motors.

There’s a little less gridlock in Congress. Leaders in Congress took action so that executive and judicial nominees (except to the Supreme Court) can be confirmed with a simple majority vote. Now we’re filling critical vacancies, and the government will work better for Americans because of it.

So while the politics in Washington can be frustrating and change takes time, that’s no excuse for inaction. In the New Year, we need to help American businesses continue creating jobs, make sure Americans are ready for those jobs, and make sure those jobs offer the wages and benefits that give families a fair shot at financial security.

We also need to look out for those who are searching for a job. Congress needs to extend unemployment insurance, something we’ll be making a priority when members come back to work.

There’s a lot of unfinished business, but there are also things we can build on. If you saw some things in this list that you think more people should know about, then pass them on.

Thanks, and happy holidays.

If you’re a pale 17-year-old in Illinois, get your indoor tanning sessions in now. Starting Wednesday, they’re strictly forbidden.

A new state law takes effect Jan. 1 that bans anyone under 18 from using tanning salons in the Land of Lincoln. Illinois becomes the sixth state to keep teens out of the facilities, part of a growing trend of regulating tanning facilities to help reduce the risk of skin cancer, according to the National Conference of State Legislatures (NCSL), a Denver-based group that tracks lawmaking.

The new measure is one of an estimated 40,000 new laws, regulations and resolutions approved by state legislatures in 2013, many of which take effect Jan. 1. Among them:

• Arkansas voters must now show a photo ID at polling places, while Virginia voters for the first time will be able to register online.

• In Colorado, 16-year-olds will be able to pre-register to vote, but must still wait until they’re 18 to vote.

• California students must be allowed to play school sports and use school bathrooms “consistent with their gender identity,” regardless of their birth identity.

• In Oregon, new mothers will now be able to take their placentas home from the hospital — some experts say ingesting it has positive health benefits. Another new state law bans smoking in motor vehicles when children are present.

Minimum-wage increases take effect in four northeastern states: Connecticut’s rises to $8.70 an hour; New Jersey’s to $8.25; and New York‘s and Rhode Island’s to $8. In nine other states, the minimum wage rises automatically because it’s indexed to inflation.

Perhaps most significantly, Colorado adults age 21 or older will be able on Wednesday to buy up to an ounce of marijuana for recreational use from a state-licensed retail store. Marijuana advocates expect many of the new stores to be up and running by then, and observers say the new Colorado regulations are a sign of things to come.

“I think state legislatures will be faced with the marijuana issue” in 2014, says Jane Carroll Andrade, NCSL’s spokeswoman.

In Washington state, regulators are combing through more than 2,000 applications for similar stores after voters approved a similar measure in 2012, says Paul Armentano, deputy director of the National Organization for the Reform of Marijuana Laws (NORML). He expects the first Washington stores to open in a few months.

“Other states are watching Colorado and Washington because it will continue to come up,” Andrade says.

Armentano, who likens these developments to the state-led reversal of Prohibition in the 1930s, says a dozen states are due to debate marijuana legalization measures in the coming year or so. “The genie’s out of the bottle and it’s simply not going back in.”

Many new state laws take effect 90 days after they’re signed, but a few states, like California, Colorado, Illinois and Oregon, get extra attention this time of year because traditionally many laws in these states take effect on Jan. 1.

As a result, life changes a bit more radically for Illinois residents each new year: On Wednesday, in addition to the tanning measure, they’ll find that they can now return a pet or be reimbursed for veterinary costs if an illness was not disclosed by the seller. So-called “lemon pets” laws already exist in 21 states, according to the American Veterinary Medical Association.

in Illinois: Anyone who flicks a cigarette butt on a street or sidewalk could be fined at least $50 for littering; police must receive training on the psychological and physiological effects of stun guns, and penalties are now tougher for inciting a violent flash mob or riot via social media.

Illinois also becomes the 13th state to prohibit handheld cellphones while driving. Meanwhile, school districts on Jan. 1 will be able to install cameras on school buses to photograph drivers who pass them when buses are stopped. And school-based sex education must include information about both abstinence and contraception.

Illinois is also home to tough new laws prohibiting unmanned aerial drones. Come Wednesday, it’ll be illegal to use a drone to interfere with hunters or fishermen — and police must get a warrant to use a drone for surveillance, except in cases of terrorism or if a suspect is fleeing a crime scene. Even with the warrant, police must destroy information gathered within 30 days unless it’s linked to a crime, says Ed Yohnka of the American Civil Liberties Union of Illinois.

Lawmakers in both parties overwhelmingly passed the new surveillance prohibition, he says. “They understood that it was something that could occur in the relatively near future, and so there was a desire to get on top of it.”

Contributing: The Associated Press and Reuters

A sample of other state laws taking effect Jan. 1:

Colorado: Drivers will see a new annual $50 fee for plug-in electric cars.  Colorado is one of several states looking to capture revenue from alternative fuel, electric and hybrid vehicles.•

Connecticut: New gun-control laws in the aftermath of the school shooting in Newtown include mandatory registration of all assault weapons and large-capacity ammunition magazines bought before April 2013, and creation of a statewide registry that will track parolees whose crimes involved weapons.•

Oregon: Privately run websites that feature police mug shots must take down photos for free if subjects can show they were not guilty or that charges were dropped.•

Rhode Island: Becomes the eighth state to enact a so-called “ban the box” law that prohibits prospective employers from inquiring into an applicant’s criminal history on written job applications.

Illinois :  organizing a violent flash mob is banned/could be a felony

NC: • Owners of plug-in electric vehicles must pay a $100 registration fee in addition to any other fees -• Health care facilities that perform mammography exams must report breast density information to patients

Delaware: Delaware is the latest in a growing number of states where residents can no longer possess, sell or distribute shark fins, which is considered a delicacy in some East Asian cuisine.

Oregon: Family leave in Oregon has been expanded to allow eligible employees two  weeks of pai d leave to handle the death of a family member.

Thanks to House Speaker John Boehner and his Republican caucus, the “Do-Nothing Congress” was so awful this year that I decided it deserved its own theme song. 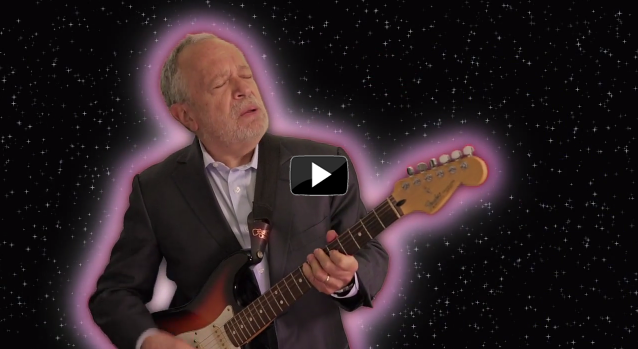 I had fun putting together this video—which also calls out some uplifting wins MoveOn members and other progressives were able to achieve this year despite the “Do-Nothing Congress.” I hope you’ll take just a minute to watch and, if you enjoy it, pass it on.

Thank you for your support this year. Because of you we are closer to metting our goal of planting ten million trees within the next five years.

In the new year, you can give the gift of a sustainable future by donating to plant trees in the world’s poorest communities.

Each dollar you donate will help plant one tree.

Now, through Earth Day Network’s Canopy Project, you can even donate to plant a plot of trees in someone’s name and send it as a gift.

Your gift will help people and the planet we share.

Give the gift of trees today!

P.S. – Check out the special gifts from our partner