So, Prop1 failed and now the lives of folks who depend on Metro will forever change unless or until funds are found. The question most folks are asking is what happened to the $$ its citizens invested in Metro over the last few years, least we ask about the deal struck voted and passed between Republicans and Democrats to take away the free zone and make $$ which, was said to be a savings … we all remember what happened right … bus tickets for the homeless etc were provided for about a year …

…. Now, there are 28 routes eliminated and counting ? Nativegrl77

Be prepared. Metro is deleting 28 bus routes, and closing many bus stops. Also, many other bus routes and schedules are changing.

Eye on your Metro Commute

Two months ago, the Supreme Court handed some bosses the power to deny women coverage for birth control. Now we have a chance to put these health care decisions back where they belong: with women and their doctors.

Help make sure employers can’t block access to birth control — support the Obama administration’s effort to make birth control available to all women, regardless of where they work.

Last week, the Obama administration proposed new rules that would guarantee women’s access to birth control, no matter what their bosses think. It’s up to us to make sure these rules are strong enough to get the job done.

The first step is to stop billion-dollar corporations from following Hobby Lobby and trying to take birth control coverage away from women. Help make sure these corporate giants don’t slip through the loophole the Supreme Court opened.

It is up to us to make sure that women aren’t denied the care they need because of their bosses’ personal ideology. A narrow Supreme Court majority gave Hobby Lobby and companies like it the power to place employers’ beliefs over women’s health — but the Obama administration has found a way to protect access to birth control for these women. Speak out now and show your support for this effort to restore women’s access to birth control coverage.

We also have to make sure that women know exactly whom they’re dealing with. Companies like Hobby Lobby shouldn’t be able to hide their anti-women’s health agenda from employees. If a company refuses to cover basic health care, including birth control, current and prospective employees have a right to know.

We have less than 60 days to make our voices heard before the Obama administration issues its final rules. Stand with President Obama and send a message to anyone who would stand in the way of women’s health. It’s time to protect women’s access to birth control, guarantee coverage for all, and require anti-birth control bosses to come clean.

Women’s health — including access to birth control — is too important to give up on. This is our chance to make sure bosses do not interfere in women’s health care decisions. Let’s make sure we get it right.

Thank you for standing up for women’s health, no matter what. 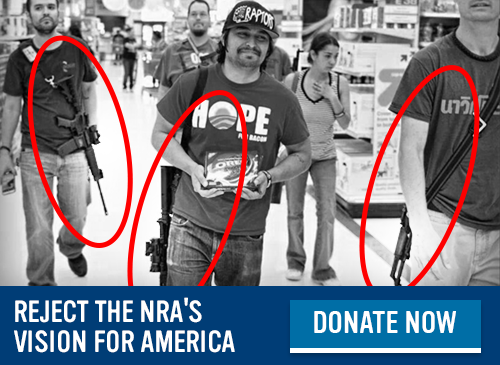