Following any Leader remarks, the Senate will be in a period of morning business for 1 hour with senators permitted to speak therein for up to 10 minutes each, with the Republicans controlling the first 30 minutes and the Majority controlling the next 30 minutes.

Following morning business, the Senate will resume consideration of the motion to proceed to S.J.Res.19, post-cloture.

All time during any period of morning business, adjournment or recess will count post-cloture.

The Senate conducted no roll call votes during Tuesday’s session.

Adopted S.Res.538: Expressing the condolences of the Senate to the families of James Foley and Steven Sotloff, and condemning the terrorist acts of the Islamic State of Iraq and the Levant

Adopted S.Res.539: Relative to the death of James M. Jeffords, former Senator for the State of Vermont

The Senate conducted no Executive action.

When did we all become the potential target of hostile military-police aggression? When the federal government decided to spend billions getting police every toy they could possibly want.

To use against our own citizens. With no protocol or training on when such force and intimidation may be justified.

Share this video and join the fight against police militarization. 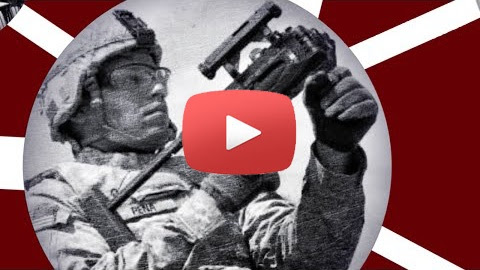 But now we have the chance to tell the federal government that this must stop.

Land of the free, home of the brave does not mean non-violent citizens being beaten into submission, SWAT team raiding homes on a regular basis, or armored tanks rolling through towns anytime Americans exercise their right to peaceful protest.

Share this video and join the fight against police militarization.

Thank you for your continued support of Brave New Film’s work around ending excessive militarization, both at home and abroad!

As the last stop on his trip to Estonia and to the NATO Summit in Wales, President Obama visited the prehistoric monument Stonehenge on Friday — and really enjoyed his time there.

“I would come here, and if it wasn’t a monument, I’d sit on one of these rocks and I’d just watch the sunrise,” the President said. “It would really cleanse your mind.”

Weekly Address: Time to Give the Middle Class a Chance

In this week’s address, the Vice President discussed our continued economic recovery, with 10 million private sector jobs created over 54 straight months of job creation. Yet even with this good news, too many Americans are still not seeing the effects of our recovery.

Last week, the President celebrated Labor Day and American economic patriotism at Milwaukee’s Laborfest, then traveled east for a three-day, two-country trip to Estonia and then on to the NATO summit in Wales.

Weekly Wrap Up: 10 Million Jobs, 50 Years of Conservation, and a Trip to Estonia and the U.K.

Last week, we learned that the economy added 10 million jobs; the country celebrated 50 years of environmental conservation; and the President spoke about the enduring strength of democracy to the people of Estonia.

Check out our video message for John Boehner — and add your name to demand better from the Speaker of the House.