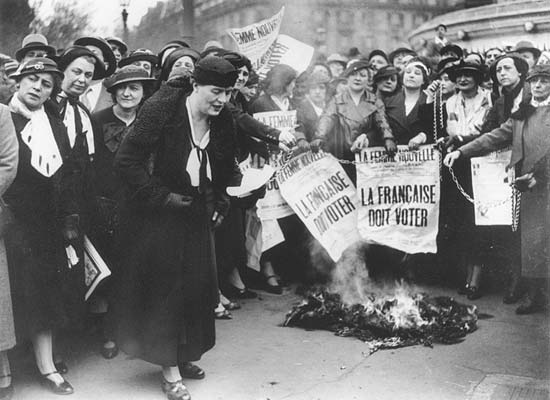 French women vote for the first time on April 29, 1945 (in French) After decades of campaigning and protests, the women’s suffrage movement in the United States finally paid off in 1919 when Congress passed the 19th amendment to the Constitution, which guaranteed women the right to vote. The amendment was officially ratified one year later.

Resource: on this day in history