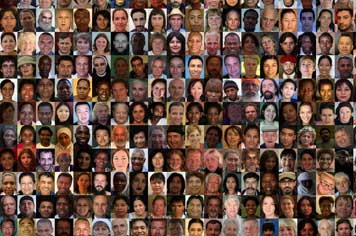 The state of Georgia plans to execute Troy Davis this Wednesday, September 21 despite major doubts about his guilt.Killing a man who may be innocent is not justice, and more than 92,000 ColorOfChange members have spoken up to say so. But to save Troy, as many people as possible need to speak out.

The fact is, no physical evidence connected Davis to the murder. Seven of the original nine witnesses have recanted, with many saying their testimony was a result of law enforcement pressure. Of the remaining witnesses, one is highly suspect and the other could be the actual culprit in the officer’s murder.

No one should be executed when so much doubt remains about his guilt.  You can help us stop Troy Davis’ execution in five ways:

Since Troy Davis’ 1991 conviction, numerous facts have emerged that introduce significant doubt as to his guilt. These facts include:

In light of this evidence, the Supreme Court granted Davis another chance. But instead of an actual new trial before a jury, which would mean the burden of proof beyond a reasonable doubt is on the prosecutor, he got an evidentiary hearing before a single federal judge where Davis’ lawyers had the burden to meet an impossibly high and undefined legal standard.

Under these difficult circumstances, the judge rejected the new evidence and cleared the way for Troy’s execution. But even he acknowledged lingering doubt, noting that the case against Davis was not “ironclad.”

But “ironclad” is exactly what the evidence should be in order to put someone to death. When the case isn’t ironclad, the process is prone to human error, and innocent people may die. That’s what evidence suggests happened to Cameron Todd Willingham, a Texas man who was executed after being convicted of setting the fire that killed his children. A new review of the case used to convict him shows that Willingham was killed even though there’s no evidence he set the fire. But now it’s too late to do anything about it.4

It will take all of our combined efforts to make sure Troy Davis isn’t the next Cameron Willingham. Please join me and my friends at ColorOfChange.org in asking Georgia officials to save Troy Davis’ life by commuting his sentence to life in prison. And when you do, please ask your friends and family to do the same.

Help support our work.ColorOfChange.org is powered by YOU–your energy and dollars. We take no money from lobbyists or large corporations that don’t share our values, and our tiny staff ensures your contributions go a long way. You can contribute here: