Why on earth are we still having E. coli outbreaks in this day and age? Don’t beef producers know how to avoid it at this point? Apparently not. Today, Detroit-based Wolverine Packing Company recalled 1.8 million pounds of ground beef because—you guessed it—it’s contaminated with E. coli. With a name like Wolverine, maybe they produce mutant beef? Probably not, but I’d be willing to guess they’re not taking the proper precautions in production. E. coli—which is potentially deadly—contaminates ground beef when parts of the intestine make their way into the final product, because …

What happened at the Phoenix VA is a tragedy, it deserves an investigation, and an appropriate response.

Unfortunately, it has become a political football, with the loudest voices often the same people who voted against better funding for the Department of Veterans Affairs just three short months ago.

This is grave situation that requires an investigation, and action … not a partisan witch-hunt.

In the days and weeks ahead, the Department and Congress will look into what happened in Phoenix and VA facilities around the country. Both have a role to play, but for the sake of our veterans at home, and those who will soon return, the goal should be to determine what happened, who is responsible, and how to fix it – not the easiest way to score political points in an election year.

Sign our petition calling on Congress to conduct an investigation – not a witch-hunt – into what’s happening in VA facilities across the country and we’ll share your signature with leaders in each chamber.

Earlier this week, VoteVets polled our veterans and military family members about the issue.

Out of over 3,000 responses, 83% said Secretary Shinseki should not resign before an investigation determines how these mistakes happened and who is to blame — it was an even higher percentage for our members who receive VA care.

The President said directly that anyone found who manipulated or falsified records will be held accountable, and that any additional misconduct will be punished.

Tell Congress a real investigation – not a witch-hunt – is the only way to make those determinations and improve care for future veterans.

Many Republicans have yet to forgive General Shinseki for speaking up about the force size needed to secure the kind of victory in Iraq neoconservatives were saying would be easy in 2003.

But it’s time for them to put that aside and focus on getting the answers our veterans — many of whom are seeking care after returning from Iraq — have earned and deserve.

Catch up on the news of the week with our run-down of five key stories, each described with its own chart or map:

1. No, Taking Away Unemployment Benefits Doesn’t Make People Get Jobs. At the end of December, Republicans in Congress refused to join Democrats to pass a law extending unemployment insurance for nearly 1.3 million Americans. After already losing almost $5 billion in economic activity, new research makes the case that we need to extend this important lifeline. A study in Illinois found that more than four in five unemployed people who lost benefits were still jobless two months later. Another demonstrates the challenge the long-term unemployed face in this recovery: just 22 percent of those who ended up unemployed for six months or longer during the 2008 recession found steady, full-time work by the beginning of 2013. And finally, new analysis shows that for those whose benefits disappeared in December, only about a quarter had found jobs as of March–about the same success rate as when the program was still in effect. Roughly another one in four and dropped out of the labor force altogether.

2. A Woman With Perfect Grades Is Worth The Same As A Man With A 2.0 Average. Researchers at the University of Miami found that high school GPA is a strong predictor of income in adulthood. But perhaps the more dramatic finding was just how big a gap there is between men and women who earn the same grades. In fact, a woman who earns perfect grades goes on to earn roughly the same as a man with a 2.0 GPA:

3. The Poorest Americans Are Still Locked Out Of The Affordable Care Act. Many of the most vulnerable Americans are locked out of health reform because they live in states that have rejected Obamacare’s optional Medicaid expansion. More than 70 percent of those people live in just 11 southern states, and 35 percent of them live within the borders of five. Despite the overwhelming need, GOP lawmakers there continue to resist cooperating with health reform at any cost.

4. The World Quickly Stopped Caring About The Kidnapped Nigerian Girls. It’s a common assumption that interest in news stories, barring any major new developments, tends to fade over time. But there is perhaps no better example than that of the nearly 300 young girls kidnapped by terrorist group Boko Haram in Nigeria. This tragic story, which rose to international attention and mushroomed over social media with the hashtag #BringBackOurGirls, has disappeared from international interest as fast as it arrived. A search on Google Trends over the last 90 days illustrates the point:

5. Marriage Equality Keeps Spreading, And Spreading, And Spreading. Pennsylvania became the 19th state in the union to allow same-sex marriage on Wednesday, after Gov. Tom Corbett (R) declined to appeal Tuesday’s court ruling that the state’s ban on same-sex marriage is unconstitutional. Federal judge John E. Jones, a George W. Bush appointee, wrote in his decision: “We are a better people than what these laws represent, and it is time to discard them into the ash heap of history.” Rick Santorum, the prominent anti-gay Republican who as a Pennsylvania Senator recommended Judge Jones to the court, has stayed mum on the issue. The state is just the latest domino to fall as courts across the country, in red states and blue states, invalidate marriage bans.

Some other things I’ve read this week: Ta-Nehisi Coates on reparations, Amanda Marcotte on conservatives and rape, Anna Holmes on her new job, Tim Wu on net neutrality, and Jared Bernstein on income inequality.

Rep. Tammy Duckworth (D-IL) was an American hero before ever entering politics. She was one of the first women to fly combat missions in Iraq, where she lost her legs and partial use of her right arm when her helicopter was hit by an RPG. But now that she is serving on the House Benghazi committee, Fox’s Allen West doesn’t know if Duckworth can be trusted: http://mm4a.org/1jxJKB9
Related: Fox News shamelessly misled about what Nancy Pelosi said about the House Benghazi committee: http://mm4a.org/1kq6Oli

James O’Keefe uses tricks and deceptive editing to create fake stories for right-wing media. The latest example involves fracking, and O’Keefe again used deceptive editing to make his point. But this time, another filmmaker secretly recorded O’Keefe’s operation – and caught him in a lie. http://mm4a.org/SlekDH
Related: Check out Green The Press, the new tumblr from our climate and science team: http://greenthepress.tumblr.com/

The Roberts Court is poised to dismantle a key tool used to fight against gender and racial discrimination. We spoke to expert Paul Bland about that and consumer rights: http://mm4a.org/1hVhcx9

It’s not just one attack on Tammy Duckworth. Conservatives simply do not understand disability in America. We created two charts to correct them – including our longest chart ever. http://mm4a.org/1k5sNi0

IMAGE OF THE WEEK 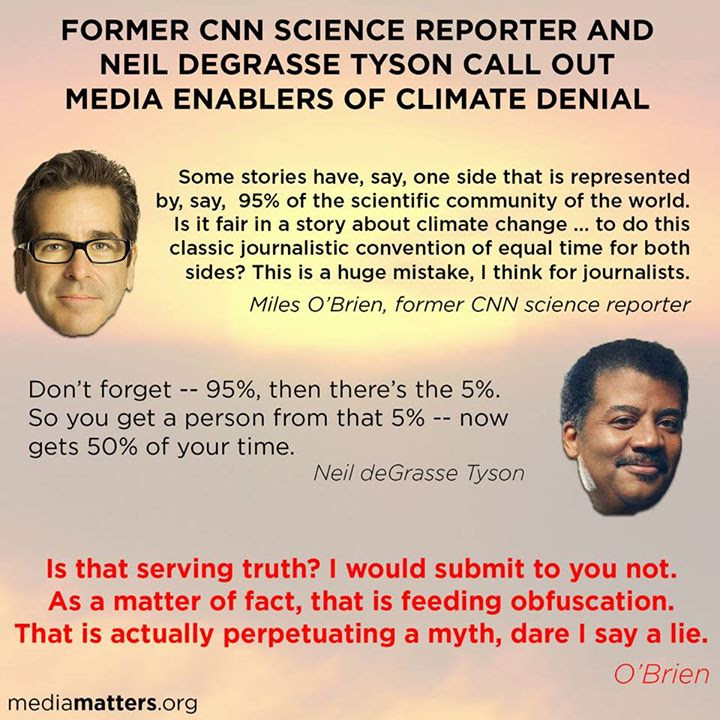