1908 – U.S. Attorney General Charles J. Bonaparte issued an order that created an investigative agency that was a forerunner of the FBI. 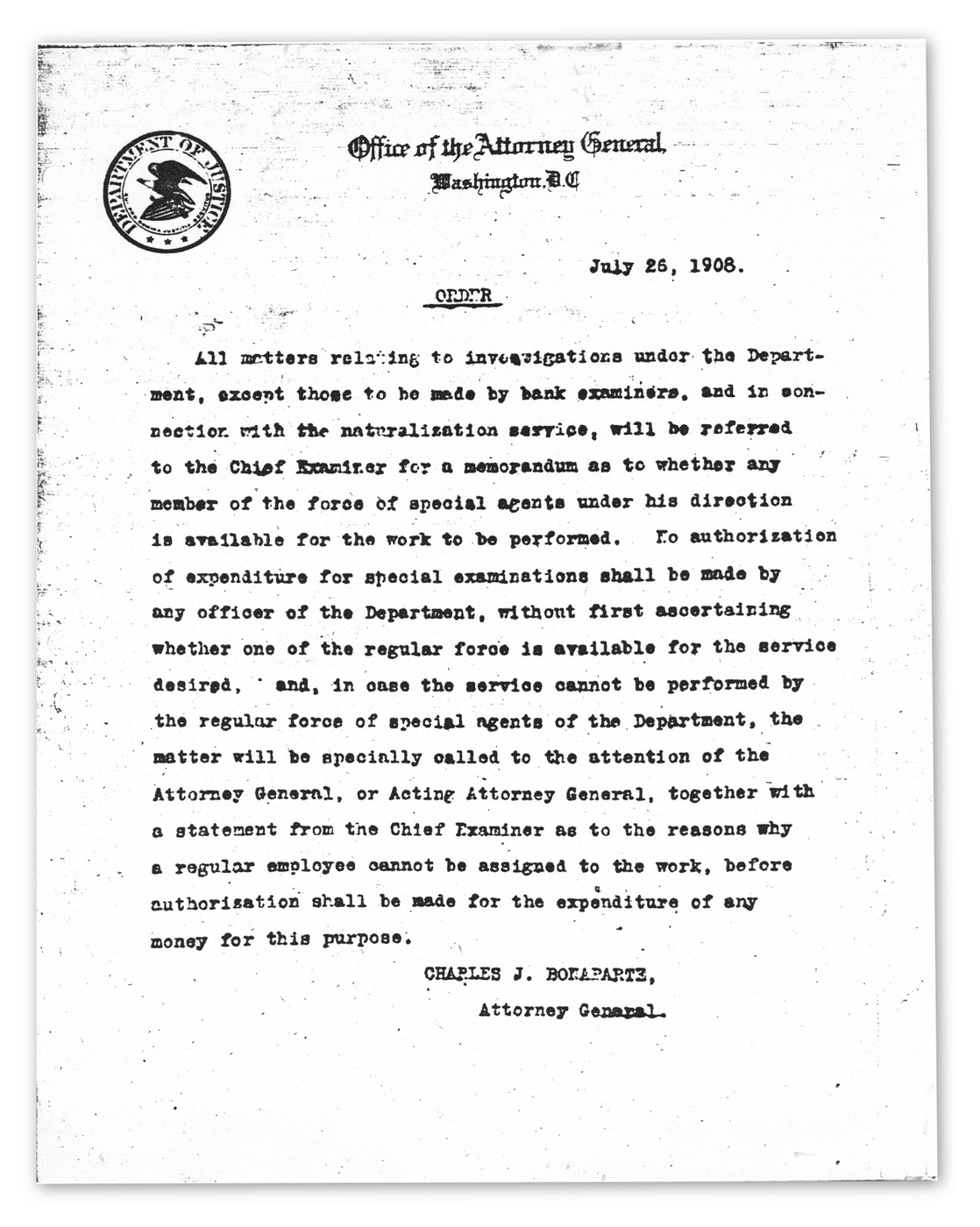 For more, got to fbi.gov 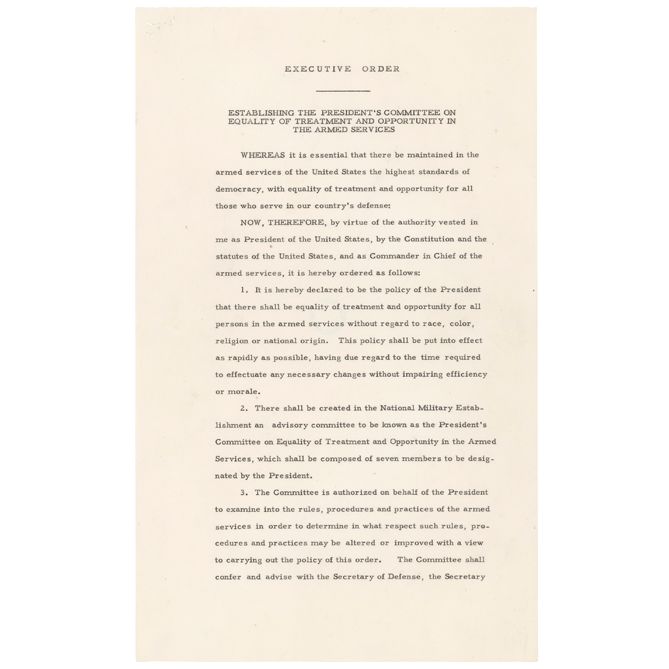 A Look Back … The National Security Act of 1947
President Harry S. Truman signed the National Security Act of 1947 (P.L. 80-235, 61 Stat 496) on July 26, 1947. The act – an intricate series of compromises – took well over a year to craft. It remained the charter of the U.S. national security establishment until significantly altered with the passage of the National Security Intelligence Reform and Terrorism Prevention Act of December 2004, which created the Office of the Director of National Intelligence.
This landmark legislation reorganized and modernized the US armed forces, foreign policy, and the Intelligence Community apparatus. It directed a major reorganization of the foreign policy and military establishments of the US government. And it created many of the institutions that US presidents would find useful when formulating and implementing foreign policy.

A Brief Overview of the Act
The act:
Established the National Security Council (NSC)
Merged the War and Navy departments into the National Military Establishment (NME) headed by the secretary of defense, and
Recognized the US Air Force as an independent service from the Army.
Initially each of the three service secretaries maintained quasi-cabinet status, but the act was amended on August 10, 1949 to formalize their subordination to the secretary of defense. At the same time the NME was renamed the Department of Defense.
In the intelligence field, the act ratified President Truman’s creation (in 1946) of the post of Director of Central Intelligence (DCI), and transformed the Central Intelligence Group into the statutory Central Intelligence Agency (CIA), the nation’s first peacetime intelligence agency.
Most of these provisions prompted sharp debates in the Executive Branch and Congress. Several compromises were struck in order for the act to win passage. These compromises would have far-reaching im

President Truman’s Goals:
Unify the Armed Services & Reform Intelligence
President Truman’s main goal in guiding this legislation through Congress was to modernize the nation’s “antiquated defense setup” by unifying the armed services under a civilian chief. Intelligence reform was a secondary goal, and the White House kept the bill’s passages on intelligence as brief as possible to ensure that its details did not hamper prospects for military unification. This tactic almost backfired.
When the president sent his bill forward in February 1947, the brevity of its intelligence provisions caused Congressional scrutiny. More than a few members of Congress read the bill with concerns about its proposed concentration of military power.
They also eventually debated almost every word of its bill’s intelligence section. Some members argued that the DCI and the new CIA could become a menace to civil liberties–an “American Gestapo.” Administration witnesses alleviated this concern by reminding Congress that the Agency’s authorized mission would be foreign intelligence.

The Act Establishes the Role for CIA
When lawmakers finished editing the section on intelligence, however, the language managed to summarize and ratify most of the crucial arrangements already made by the Truman administration. The National Security Act would:
authorize a Central Intelligence Agency (but leave the powers and duties of the Agency’s head for a separate bill to enumerate);
that CIA would be an independent agency under the supervision of the NSC;
that CIA would conduct both analysis and clandestine activities, but would have no policymaking role and no law enforcement powers;
and, finally, that the DCI would be confirmed by the Senate and could be either a civilian or an officer on detail from his home service.
The legislation gave America something new; no other nation had structured its foreign intelligence establishment in quite the same way.
The CIA would be an independent, central agency, overseeing strategic analysis and coordinating clandestine activities abroad. It would not be a controlling agency. The CIA would both rival and complement the efforts of the departmental intelligence organizations. This prescription of coordination without control guaranteed competition as the CIA and the departmental agencies pursued common targets, but it also fostered a healthy exchange of views and abilities.
What the act did not do, however, was almost as important as what it did. It helped ensure that American intelligence remained a loose confederation of agencies lacking strong direction from either civilian or military decisionmakers. President Truman had endorsed the Army and Navy view that “every department required its own intelligence.” The National Security Act left this concession in tact. Only later would the Defense Intelligence Agency be created to coordinate military intelligence.

Separation Between Foreign & Domestic Intelligence
The act also made a crucial concession to members concerned about threats to civil liberties. It drew a bright line between foreign and domestic intelligence and assigning these realms, in effect, to the CIA and the Federal Bureau of Investigation, respectively. The CIA, furthermore, would have no “police, subpoena, or law enforcement powers,” according to the act.

The importance of the National Security Act cannot be overstated. It was a central document in U.S. Cold War policy and reflected the nation’s acceptance of its position as a world leader.

plications for the Intelligence Community.