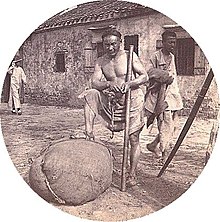 Slavery in China has taken various forms throughout history. Slavery was reportedly abolished as a legally recognized institution, including in a 1909 law fully enacted in 1910, although the practice continued until at least 1949

We celebrate a pioneering woman in the medical industry, Phyllis Mae Dailey. On March 8, 1945, Phyllis Mae Dailey was inducted into the United States Navy Nurse Corps. Dailey was the first African American sworn in as a Navy nurse on 8 March 1945, following changes in Navy recruitment and admittance procedures that had previously excluded black women from joining the Nurse Corps.

And although African-American nurses were not officially prohibited from entering the services after 1944, they were often “overlooked” in Army, Navy and Red Cross recruiting drives until early 1945.

First Lady Eleanor Roosevelt and Mable Keaton Staupers, executive secretary of the National Association of Colored Graduate Nurses, were among the most vocal critics of the implicit ban on African-American nurses.

Roosevelt was a well known proponent for the change, and had also put pressure on the Marine Corps Women’s Reserve, WAVES (Women Accepted for Volunteer Emergency Service), and SPARS (the women’s component of the Coast Guard) — all subsets of the Navy — to do the same. The SPARS would finally be integrated in October 1944, and the WAVES in December 1944.

A longtime advocate for racial equality in the nursing profession, Staupers wrote that military service was the responsibility for all citizens of the U.S., especially during a time of war.
A graduate of Lincoln School of Nursing in New York and student of public health at Teachers College, Columbia University, Dailey had previously been rejected from entering the U.S. Air Force. Determined to serve, Daley stated that she “knew the barriers were going to be broken down eventually and felt the more applicants, the better the chances would be for each person.”

On this day in 1948, the U.S. Supreme Court banned as unconstitutional the use of public school facilities by religious organizations as a venue for religious instruction to students. In an 8-to-1 ruling, the court held that such activities violate the First Amendment.

The case was brought by Vashti McCollum, the mother of a student enrolled in the Champaign public school district.

The use of public school facilities by religious organizations to give religious instruction to school children violates the Establishment Clause of the First Amendment.