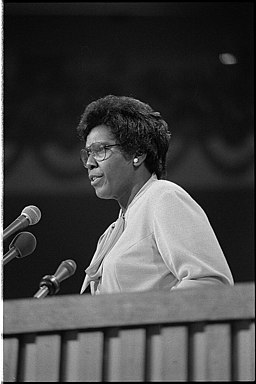 Congresswoman Barbara Charline Jordan was the first African American woman elected to the United States House of Representatives from the south in 1972.  Prior to entering national politics, in 1966 Jordan became the first African American elected to the Texas Senate since reconstruction.  Jordan became a professor at the University of Texas at Austin after leaving politics in 1979.  She also served as Chairperson of the U.S. Commission on Immigration Reform from 1994 until 1996.