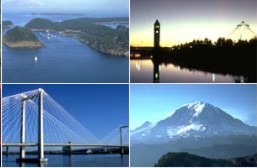 It is now 2022 and though the effort to deal with plastic is more evident, you can still tell …if you’re the one shopping, you know that plastic bags are NOT gone! They come and go, get replaced by paper for about a month still, and the next thing you know plastic bags are the only option

Washingtonians use more than 2 billion single-use plastic bags each year, and Seattle alone uses approximately 292  million plastic bags annually and only 13% are recycled.  Too many plastic bags end up in Puget Sound, where they do not biodegrade.  Plastic bags break down into smaller and smaller pieces that remain hazardous as they are consumed by filter-feeders,  shellfish, fish, turtles, marine mammals,  and birds. PCB levels in Chinook salmon from Puget Sound are 3- to  5-times higher than any other West Coast population.

In 2010, a  beached gray whale was found to have 20 plastic bags in its stomach!

more and more wildlife are being found filled with plastic!

How would the plastic bag ban work?

It’s simple – retailers are prohibited from offering plastic carryout bags to customers.  Paper bags may still be provided to customers for a minimum of five cents – stores keep the nickel to help cover the cost of providing bags.  Everyone is encouraged to use reusable bags.

Joining cities on the West Coast and around the world

Seattle would join cities along the West Coast, hundreds of cities across the country and twenty nations worldwide that have already taken action to reduce the use of single-use plastic bags.

In 2008, the City Council passed an ordinance that would have placed a 20-cent fee on disposable plastic and paper bags at grocery, drug, and convenience stores in an effort to reduce waste.   The ordinance passed the Council in a 6-1 vote and then opposing parties collected enough signatures to refer the ordinance to the ballot, where it was overturned by the voters (53%-47%)  in the  November 2009 primary election.   The American Chemistry Council spent over $1.4 million opposing the law during the ballot measure campaign.

My take ~ As the ban on plastic bags is implemented and or enforced, most checkers are asking if you would like to buy a cotton bag because there was no flimsy plastic available. Now, after finally getting those flimsy bags out of some stores, others such as the Dollar store and Safeway came up with or possibly the plastic industry came up with a heavy-duty plastic supposedly reusable bag. I was at a Safeway and needed another bag. I honestly did not want to spend $5 and while I was looking around, I spotted a heavy-duty plastic Safeway logo on the bag with pretty colors.  I don’t know about you, but this was a disappointing find on so many environmental official statewide ban levels though I admit it can be reused, it is quite large and was only .25, but they tear easily. Not only that, but I bought one to see how it would hold up, and it lasted about 2 hours

… so, the next question for King County, is if they actually have folks checking in on stores selling heavy-duty reusable plastic bags

and the stores say, What plastic bags?   Ugh