TP  HEALTH CARE — FACT CHECK: HEALTH CARE REFORM WILL NOT MOVE MILITARY HEALTH CARE ‘TO THE DEPARTMENT THAT HANDLES WELFARE’: This week, Rep. Brian Bilbray (R-CA) told KUSI in San Diego that one of the most offensive parts of the health care reform law is that it will move TriCARE, the health program covering service members and their families, out of the Defense Department and “to the department that handles welfare.” He added that once members of the military find out, “all hell is going to break loose.” But there is no basis to Bilbray’s claim, which he has repeated to other outlets. The Administration for Children and Families at the Department of Health and Human Services administers the Temporary Assistance for Needy Families program, aka “welfare,” and nothing in the Patient Protection and Affordable Care Act says that TriCARE will be moved there. “Those who depend on TriCARE should rest assured — TriCARE will not change under health insurance reform,” HHS spokesman Nick Papas told The Progress Report. TriCARE spokesman Austin Camacho has also said, “Tricare is a DoD agency, and I’m quite sure it will stay that way.” Even Sen. John McCain (R-AZ), appearing on C-SPAN’s Washington Journal on Monday, insisted that the Affordable Care Act won’t affect military care. “It is unfortunate that some continue to raise what is now even more clearly a false alarm that is apparently meant to frighten veterans and their families in order to prompt them to oppose the pending legislation,” said Vietnam Veterans of America President John Rowan. The American Legion, usually one of the most conservative veterans groups, has said military members “can rest assured that their TRICARE benefits are secure under the law signed by President Obama.”

Women in Congress
How many Congressional members are women and has your state elected any? View the interactive map to see an overview of the entire country, or state-by-state information on the history of women in Congress. If you scroll to the bottom of the page you will find so much more to explore … 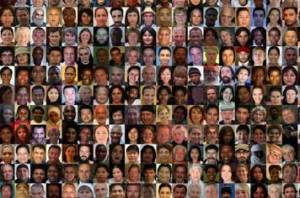 It’s Friday,  thank goodness and it definitely has been a damn good week for We The People; nothing even remotely feels  like Armageddon as suggested by John Boehner or Eric Cantor.  It was raining the wind was blowing and while our weather in the 206 did change … The Political Party of NO did everything they could to stop change, to stop having Americans move into the 21st Century with an opportunity for good health, to stop being denied or be discriminated against, to have relief because your student will be covered under  your insurance until the age of 26; the right has said this is a welfare program… College is not cheap; people lose everything in some cases from having to pay out of the nose because of the lack of good health care coverage or no coverage at all;  small businesses will be able to get tax credits for hiring and maybe afford to provide health care too.

Oh yeah, these are bad ideas even novel … wonder why no one else thought about or tried to improve the lives of Americans … oh wait; Presidents in the past have tried but no one was able to until now.  The HCR bill is not perfect but it can be adjusted. It’s time for the middle class to re-enforce the ideology of the Democratic party.   The new law of the land is just a beginning of change we can all believe in.  It’s change that is also the beginning of what  53% heard, listened and voted for.  We not only will expect it to continue We The People must participate in keeping this change happening by calling when we need to push Democrats to push forward into the 21st Century, sign Petitions to show the numbers that continue to support climate change, stop out-sourcing,  education, energy and green jobs for all projects.  The change we voted for will not be easy, it will not get done just by the President we need to rise up; voice our opinions shut down the negative noise of Republicans. The party of NO has now seen what change looks like and they will continue to from now on.

**More needy college students will have access to bigger Pell Grants, and future borrowers of government loans will have an easier time repaying them, under a vast overhaul of higher education aid that Congress passed Thursday and sent to President Barack Obama.AP

**The price of a Movie Ticket will be going up today

**UPDATE 3/26/2010 South Korea navy fires in direction of N.Korean at an unidentified vessel and now a SKorean ship is sinking by possible torpedo stricke **On 3/25/10 SEOUL, South Korea – North Korea’s military warned South Korea and the United States on Friday of “unprecedented nuclear strikes” over a report the two countries plan to prepare for possible instability in the totalitarian country.

**A 6.2 earthquake in Chile today no word of injuries yet

**Sarah Palin is campaigning for McCain today in Arizona; and as far as the show on Discovery channel? i vote to BOYCOTT it

U.S. & Russia agree to new arms treaty. The White House announced today that it has reached an agreement on a new strategic arms reduction treaty (START) between Russia and the U.S. Pres. Obama will be joined by Sec. of State Clinton, Sec. of Defense Gates and Admiral Mullen at today’s White House press briefing. The agreement will be signed on April 8 in Prague.

Census Director Discusses 2010 Census. With the U.S. 2010 census underway, Census Bureau Dir. Robert Groves joins the Washington Journal to discuss how the census is conducted and evaluated. On Wednesday, the U.S. Census Bureau announced that the agency had already received 20 percent of the distributed forms. Those figures suggest this year’s census is set to match or surpass participation rates from 2000, said officials.

The Hill: Senate sends bill back to House

Counterterrorism and National Security Focus of Events.  A panel at the Center for Strategic and Int’l Studies will discuss their recent report on counterterrorism efforts. The discussion focuses on national security reform and lessons learned from the attempted Christmas Day bombing. Also today, the Heritage Foundation will gather policy experts to analyze the success rate of terrorist de-radicalization programs in which select detainees from Guantanamo Bay were sent abroad. 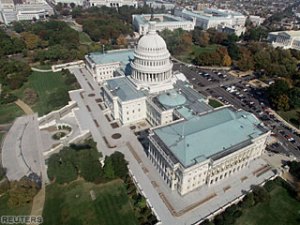 The Senate Convenes: 9:30am

Morning Business until 12:30pm with the time equally divided and controlled between Senators Stabenow and Coburn or their designees

Passed S.3162, a bill to clarify the health care provided by the Secretary of Veterans Affairs that constitutes minimum essential coverage.

Adopted S.Res.117, 80th anniversary of the Daughters of Penelope.

Adopted S.Res.427, designating the first week of April 2010 as “National Asbestos Awareness Week” (with Baucus amendment to the preamble).

Asopted S.Res.472, a resolution in recognition and support of “National Safe Digging Month”.

CURRENT HOUSE FLOOR PROCEEDINGS … believed to be on Easter Holiday, back April 12