During his State of the Union address, the President asked me to lead an across-the-board review of our nation’s job-training programs.

It’s a top priority for the President, and it is absolutely critical to our economy’s success.

So earlier today, I put forward a roadmap for how the United States can keep and maintain the highest-skilled workforce in the world.

I’ve met with business leaders, community college presidents, governors and mayors, and most importantly, hard-working Americans who were hit hard by the Great Recession, but who are doing everything they can to learn new skills to find a decent, good-paying middle-class job.

And there was a clear consensus: We must rethink how we train today’s workers so that our programs are job-driven, teaching real skills that employers need.

Some of our country’s businesses, community colleges, and state and local training programs — often supported with federal dollars — have found ways to successfully prepare Americans for these jobs. We need to make sure our entire system is learning from them.

Find out why training programs matter for middle-class Americans — and which ones around the country are working best.

This isn’t the only step we’re taking to make sure Americans have the skills they need, either. Today, I joined President Obama as he signed the Workforce Innovation and Opportunity Act into law. It connects more ready-to-work Americans with ready-to-be-filled jobs. And it builds on bipartisan efforts in Congress to improve business engagement and accountability. While there’s still more to do, it’s another important step in getting Americans working. 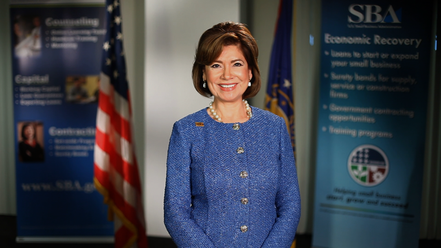 SBA Administrator Maria Contreras-Sweet has been on the job for 100 days! Check out her progress report to learn about the work she’s done and the insights she’s gained since being sworn in this April.

In addition, Spanish-speaking small employers throughout the country can join representatives from SBA, HHS and Small Business Majority for ACA 101 webinars in Spanish. Below are the registration links for the upcoming Spanish-language webinars, which will be held every other Tuesday throughout the summer and fall. SBA Administrator Maria Contreras-Sweet will kick off the first webinar on July 22.

SBA & AARP Webinar: Q&A Session to Help You Start Your Business—Ask the Experts!

This is your chance to get your small business questions answered by those in the know! Join AARP and SBA on Tuesday, August 12 at 2pm ET to ask about developing your business plan, securing financing, accounting, marketing, bookkeeping and more.

Employee Fraud: What You Can Do About It

Employees are one of your biggest assets, even though they don’t appear on your balance sheet. They help you operate your business and are the faces of your company brand. But employees can also be a big liability if they steal from you. Here’s what you can do to protect yourself.

Register now for the nation’s premier event for minority businesses, taking place July 31-August 1 at the Washington Hilton in Washington, DC. Join America’s most diverse entrepreneurs, business owners and executives to capitalize on actionable opportunities for business growth by:

Webinar: Overview of the 8(a) Business Development Program

Interested in the 8(a) Business Development Program? Join our webinar and knowledgeable panelists to make sure you are getting the most out of the benefits of the program. Ask questions and learn how to take your business to the next level on July 23 at 2pm ET.

If you’re a woman-owned small business looking to contract with the federal government and seeking assistance on how to navigate in the federal procurement arena, we have good news that can help!

One Court Strikes Down Obamacare Subsidies, Then Two Hours Later Another Court Unanimously Upholds Them

Conservatives trying to sabotage the Affordable Care Act have been pushing a new legal argument to cripple the law in recent months. It’s been brewing under the surface–until today, when two federal circuit court cases made it erupt into national news.

The controversy hinges on whether individuals residing in states with federally-facilitated marketplaces are eligible to receive insurance premium tax credits. Indeed, the law allows for states to set up their own exchanges, but if they choose not to, the federal government is charged with doing so on behalf of the state. Those challenging the law uncovered a drafting error in the text where it appears to limit the subsidies to individuals who obtain insurance through “an Exchange established by the State” — and not the federal exchange (which operates in 36 states). In other words, they want to employ an overt misreading in order to defund the Affordable Care Act in most states, and take away access to affordable health coverage for millions of Americans.

So how did the courts rule in today’s cases?

Case #1: Halbig v. Burwell
In the case Halbig v. Burwell, two conservative judges on the DC Circuit Court ruled against the law. Make no mistake: the conservative judges who ruled in the DC Circuit decision are biased against the Affordable Care Act. One of them, Judge Raymond Randolph even called the launch of the law “an unmitigated disaster” (despite 8 million people signing up) during the oral arguments and argued the law should be defunded. What’s more, conservative lawyers started pushing this argument and some of the plaintiffs in the lawsuit are GOP operatives.

Ultimately, however, this conservative ruling means very little. The Department of Justice already said it would ask for an “en banc” review of the decision — which includes all active judges on the D.C. Circuit and two senior judges. The premium tax credits will continue unchanged while the full court reviews the case. The en banc review will likely vacate the panel ruling because the conservatives’ legal argument makes no sense when put into the context of the entire ACA.

Case #2: King v. Burwell
Just two hours after the DC Circuit handed down its Halbig ruling, a panel of the Fourth Circuit Court of Appeals ruled in King v. Burwell unanimously in favor of the Affordable Care Act, saying people have access to premium tax credits regardless of where they live. In what might as well be a direct response to the Halbig opinion, 4th Circuit Senior Circuit Judge Andre Davis shuts down the idea that opponents of the ACA can “rely on [the Court’s] help to deny to millions of Americans desperately-needed health insurance through a tortured, nonsensical construction of a federal statute whose manifest purpose, as revealed by the wholeness and coherence of its text and structure, could not be more clear.”

BOTTOM LINE: On the same day that two conservative DC Circuit judges ruled in Halbig against the ACA using an argument based on an overt misreading of the law, another panel of Circuit Court judges ruled unanimously in favor of the law. Most importantly, today’s decisions have no immediate impact on people’s ability to use premium tax credits to lower the cost of care. Down the road, when the courts resolve their disagreement — whether in the full DC Circuit Court, or in the Supreme Court — we expect that common sense and decades of legal precedent will prevail.

At a ceremony at the White House yesterday afternoon, President Obama presented the Medal of Honor to Staff Sergeant Ryan M. Pitts for his unwavering courage in one of the fiercest battles of the Afghanistan war.

In the East Room of the White House this morning, the President signed an Executive Order prohibiting federal contractors from discriminating on the basis of sexual orientation or gender identity.

The President Gives an Update on the Situation in Ukraine

Yesterday, President Obama made a statement on the current situation in Ukraine, in the wake of Malaysia Airlines Flight MH17 being shot down last week over territory controlled by Russian-backed separatists in Ukraine. 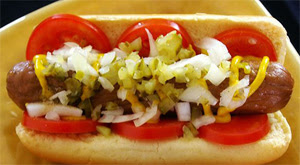 It only comes once a year, so use this excuse to indulge in a delicious, all-American dog today. From bacon-wrapped to chili-smothered, we have 10 recipes that will leave you counting down to lunch. READ NOW