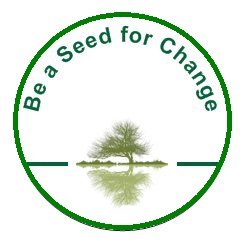 Following Leader remarks, the Senate will resume consideration of the House Message to accompany H.R.719 with the time until 5:30pm equally divided between the two Leaders or their designees.

Began the Rule 14 process to place on the Legislative Calendar of Business S.2089, American Energy Innovation.

Confirmed by unanimous consent all nominations on the Secretary’s Desk in the Air Force, Army, and Navy;

Executive Calendar #196, Brian J. Maggi, to be Lieutenant Commander; and

Executive Calendar #197, Anna W. Hickey, to be Commander and Kimberly C. Young-Mclear to be Lieutenant.

Washington has a choice.

We can continue to focus on issues that matter: growing an economy that works for everyone, ensuring all our children get the education they need to succeed, and protecting our environment.

Or, if my Republican opponents’ dark money allies have their way, our state will start denying voting rights to disenfranchised communities, defunding Planned Parenthood, and balancing the budget on the backs of the middle class. Make no mistake: those are their priorities — we’ve seen it happen in state after state across the country.

We know the consequences that will come our way if we make the wrong choice. Now, our campaign is up against a big end-of-quarter filing deadline on September 30, with a goal of raising $30,000. Which choice will you make for our state? Contribute $5 to my campaign today.

The choice is simple — together we can move our state forward or let my Republican opponents and their dark money allies move us backwards.

Today, national Republicans, including the Republican Governors Association, are targeting us for defeat. So, the choice is real, and the stakes couldn’t be higher. We need to reach this goal before our crucial deadline. Thank you, as always, for your support.

“Mr. Speaker, The Pope Of The Holy See!”

Today, Pope Francis made history yet again by becoming the first pope to address a joint meeting of Congress. Speaking for nearly an hour on a range of issues, the pope’s overall message was one of peace, cooperation, and action. Pope Francis made sure to include members of Congress in his call to action, stating, “your own responsibility as members of Congress is to enable this country, by your legislative activity, to grow as a nation.” Though he is the leader of the Catholic Church, today’s speech solidified Pope Francis’s role as a moral force for Catholics and non-Catholics alike.

We’ve put together a summary of the key points in his speech. Head over to ThinkProgress for a complete run-down.

Pope Francis spoke at length about immigration. He again reminded us that he is the son of immigrants and noted that “so many of you are also descended from immigrants.” The Pope called for people to treating immigrants with compassion and fairness, invoking the Golden Rule of “do unto others as you would have them do unto you.” He also urged us to reject “a mindset of hostility” towards immigrants, to welcome them, and help them seek opportunities. The pope said, “is this not what we want for our own children?”

Throughout his speech, Pope Francis expressed his concern for the poor and his dismay at growing income inequality. He referred to his first papal exhortation, Evangelii Gaudium, and emphasized the need to strive for a just distribution of income and a “modern, inclusive and sustainable” economy. Pope Francis even had a special message for lawmakers, urging them to pay attention especially to “those in situations of greater vulnerability or risk.” He declared that “the fight against poverty and hunger must be fought constantly and on many fronts.”

Pope Francis also discussed the dangers of climate change and the need to pass legislation to address it. He cited his own encyclical, Laudato Si, stating, “now is the time for courageous actions and strategies, aimed at implementing a ‘culture of care’ and ‘an integrated approach to combating poverty, restoring dignity to the excluded, and at the same time protecting nature.’” The pope emphasized that US lawmakers have an “important role to play” in protecting the climate and noted that American research institutions can also make a vital contribution.

The pope emphasized our need for international peace and cooperation. He recognized recent efforts in the United States to “help overcome historic differences linked to painful episodes of the past,” possibly referencing the normalization of relations with Cuba. Pope Francis also applauded efforts to open up dialogue, saying they require “courage and daring” but are worth it for they open “new opportunities” for all. He encouraged lawmakers and others to “end the many armed conflicts throughout our world,” citing the damaging role of the weapons trade in these conflicts.

Some of the Pope’s strongest remarks concerned abolishing the death penalty. He reminded us that the Catholic Church has for centuries believed in protecting life at all stages. Pope Francis even called on Congress to abolish the death penalty, stating “a just and necessary punishment must never exclude the dimension of hope and the goal of rehabilitation.”

After the speech, Pope Francis greeted tens of thousands of admirers on the West Lawn of the Capitol. He then skipped lunch with Congress, choosing instead to eat lunch with Washington, D.C.’s homeless. “I want to be very clear,” the pope said. “We can’t find any social or moral justification, no justification whatsoever, for lack of housing.”

BOTTOM LINE: Pope Francis’s speech today was a historic moment in America and solidified his role as a global moral force for Catholics and non-Catholics alike. His remarks on issues ranging from immigration to climate change to poverty have reached many this week. They represent a call to action that all should heed.