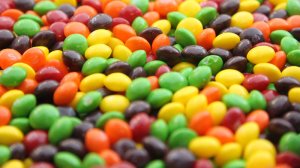 After Donald Trump Jr. compared Syrian refugees to a bowl of poisoned Skittles, the candy’s …

Have you noticed that ALL of the #trumpteam answers keep getting muddier, the swamp is definitely getting filled with a whole lot of #trumpteam but is it #familyties,fast furious talk and fancy footwork.

In an interview with the New York Times, Trump appeared to shift his stance on at least three major issues.  As for giving control of his businesses to his children, he said he is

working on it but doesn’t have to: “The law’s totally on my side; the president can’t have a conflict of interest.”

He claimed a judge was biased because “he’s a Mexican”

In fact, discrimination against black people has been a pattern in his career

He questions whether President Obama was born in the United States

He treats racial groups as monoliths

“The Hispanics are going to get those jobs, and they’re going to love Trump.”Donald Trump, July 201

He trashed Native Americans, too

He condoned the beating of a Black Lives Matter protester

He called supporters who beat up a homeless Latino man “passionate”