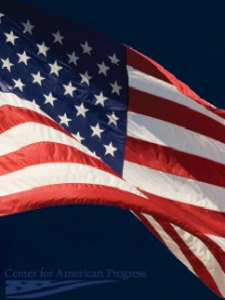 1775 – An early and unofficial American flag was raised by Lieutenant Colonel Isaac Mott after the seizing of Fort Johnson from the British. The flag was dark blue with the white word “Liberty” spelled on it.

1857 – Timothy Alder earned a patent for the typesetting machine.

1858 – The first mail service begins to the Pacific Coast of the U.S. under government contract. Coaches from the Butterfield Overland Mail Company took 12 days to make the journey between Tipton, MO and San Francisco, CA.

1883 – The University of Texas at Austin opened.

1909 – A New York judge rule that Ford Motor Company had infringed on George Seldon’s patent for the “Road Engine.” The ruling was later overturned.

1916 – During the Battle of the Somme, in France, tanks were first used in warfare when the British rolled them onto the battlefields.

1917 – Alexander Kerensky proclaimed Russia to be a republic.

1923 – Oklahoma was placed under martial law by Gov. John Calloway Walton due to terrorist activity by the Ku Klux Klan. After this declaration national newspapers began to expose the Klan and its criminal activities.

1935 – The Nuremberg Laws were enacted by Nazi Germany. The act stripped all German Jews of their civil rights and the swastika was made the official symbol of Nazi Germany.

1940 – The German Luftwaffe suffered the loss of 185 planes in the Battle of Britain. The change in tide forced Hitler to abandon his plans for invading Britain.

1953 – The National Boxing Association adopted the 10-point scoring system for all of its matches.

1959 – Soviet Premier Nikita Khrushchev arrived in the U.S. to begin a 13-day visit.

1983 – The U.S. Senate joined the U.S. House of Representatives in their condemning of the Soviet Union for shooting down a Korean jet with 269 people onboard.

1990 – France announced that it would send an additional 4,000 soldiers to the Persian Gulf. They also expelled Iraqi military attaches in Paris.

1993 – The FBI announced a new national campaign concerning the crime of carjacking.

1994 – U.S. President Clinton told Haiti’s military leaders “Your time is up. Leave now or we will force you from power.”

1995 – The U.N. Fourth World Conference on Women was held in Beijing.

1998 – Ayatollah Ali Khamenei ordered the Iranian military to be on full alert and massed troops on its border with Afghanistan.

1998 – It was announced that 5.9 million people read The Starr Report on the Internet. 606,000 people read the White House defense of U.S. President Clinton.

1999 – The United Nations approved the deployment of a multinational peacekeeping force in East Timor.

2003 – In Independence, MO, the birthplace of Ginger Rogers was designated a local landmark. The move by the Independence City Council qualified the home for historic preservation.

I am writing to join the flood of consumers and investors demanding your corporation guarantee its beef products are deforestation-free.

The latest report from the Union of Concerned Scientists reveals that your company lacks sufficient policies and practices to ensure you are not purchasing beef linked to forest destruction. Tropical deforestation releases 10 percent of destructive global warming emissions. It also threatens the two-thirds of land species that live in forests, and the livelihoods of the one billion people who depend on these forests.

The good news is your company can help make a difference and end this destruction. To help break the link between deforestation and beef your company should:

Help us transform the industry to meet a new deforestation-free standard today.

Simply click “Take Action” and this letter will be sent automatically.