January is poised to be a volatile month that’s jam-packed with Senate committee hearings to approve President-elect Donald Trump’s Cabinet picks. Here is a look at the nominees and their upcoming hearing schedules.

President-Elect Donald Trump on Wednesday said he will nominate the Michigan philanthropist and prominent Republican donor Betsy DeVos to be U.S. Education Secretary. The announcement signals that big changes could be on the way for schools and students around the country. Here are five things to know: 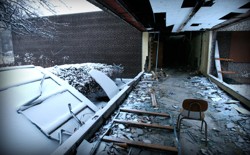 1. DeVos will push for school choice.

DeVos has been a vocal supporter of school choice, which is something Trump backed on the campaign trail. DeVos, who heads up the pro-charter and pro-school-voucher nonprofit American Federation for Children, has said parents should have the ability to choose the best schools for their children, whether they are traditional public schools, charters, or private schools. Trump has proposed creating a $20 billion federal voucher program for families to use to send their kids to the school of their choice. But, as Education Week noted recently, making that program a reality could be difficult. It’s unclear exactly where the funding would come from, and even if Congress did manage to pass such a proposal, some states currently prohibit funds from going to schools with religious affiliations, which could complicate how those funds are used.

2. Critics of the Common Core standards may have reason to worry.

While Trump repeatedly assailed the set of standards used in most states across the country, DeVos has been less clear about her stance on them. She also served on the board of the former Republican presidential contender Jeb Bush’s Foundation for Excellence in Education, which supported the controversial standards. And Trump’s transition team reportedly discussed the idea of “higher national standards” with DeVos. Trump’s campaign pledge to repeal the standards isn’t actually realistic because they are not a federal mandate. It’s possible that DeVos and the administration might support similar standards while avoiding the politically toxic Common Core nomenclature.

3. Expect deregulation to be a priority.

According to Chalkbeat, DeVos’s family poured $1.45 million into an effort to prevent Michigan from adding oversight for charter schools. That effort ultimately failed. DeVos and her husband have been supporters of charter schools for decades and longtime opponents of regulation. And according to Chalkbeat, around 80 percent of the state’s charter schools are run by private companies. The lack of oversight has prompted concern from the Obama administration that some bad charters were being allowed to operate without improving or being forced to close. Civil-rights groups like the NAACP have also expressed concern that low-income children and children of color suffer when oversight is scaled back.

4. She’s politically active, but she doesn’t have a lot of political experience.

DeVos, 58, is married to Dick DeVos, who ran unsuccessfully as a Republican for the governorship in Michigan. He is the former president of Amway, which his father co-founded, and of the Orlando Magic NBA team. Her brother, Erik Prince, founded Blackwater, the controversial security firm. The family has given to a number of conservative and Christian organizations. While Betsy DeVos has served as chairwoman of the Michigan Republican Party, much of her work has been at the state level, and she will now have to, as Chalkbeat wrote, “operate within a complicated web of interests and priorities, including with education officials in states that did not support Trump.” Her ability to navigate Washington is largely untested.

5. The reaction to her nomination is mixed.

DeVos’s selection as education secretary will please Republicans like Senator Lamar Alexander, who heads up the Senate’s education committee.

.@SenAlexander calls @BetsyDeVos an “excellent choice” by @realDonaldTrump to be his education secretary.

While there are many unknowns about Betsy DeVos I’m going w/ 2 thumbs up, especially considering the alternatives @PoliticsK12 @caitlinzemma pic.twitter.com/bRtaUFWxFV

But teachers’ unions see her support of charter schools and vouchers as an affront to public education, something Randi Weingarten, the head of one of the nation’s largest teachers’ unions, quickly made clear.

.@randiweingarten calls DeVos the “most ideological, anti-public education nominee” since the start of the Ed Dpt.

Alia Wong contributed to this story.