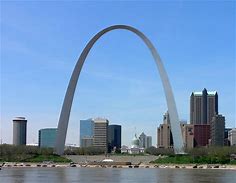 Amendment 1 won the vote in every single state Senate District in Missouri. That’s the mark of good, popular policymaking. But in a state like Missouri — one with unfair, partisan maps — too many representatives don’t have to answer to the people they represent.

They know they’ll get re-elected in a rigged district. They know they won’t have to defend their actions. And so some will go forward in the next few weeks, voting for these underhanded resolutions and against their own constituents. They’ll subvert the will of the people simply because they can.

That’s not a democracy — and these legislators are hell-bent on keeping it that way.

So are state representatives in Florida, who just used a similar process to gut the state’s new and popular Amendment 4. And so are legislators in Texas, Ohio, and Georgia, who in the past few months have chipped away at voting rights and pushed extreme legislation without the support of the people they supposedly represent.

Enough is enough. Let’s put an end to this broken system.

All On The Line is taking a stand in Missouri and other key states, and your donation will help them keep organizing. Contribute in this critical moment

Thanks for joining me in this fight,