The First Act of Congress: Administering Oaths for a New Kind of Government
Potter, Lee Ann
Social Education, v68 n7 p430 Nov-Dec 2004
In the spring of 1789, the first Congress faced a daunting task. Although the newly adopted Constitution provided a blueprint for the new government, Congress needed to enact legislation that would ensure a smooth transition from the Articles of Confederation and lay the groundwork for a strong national government, while simultaneously protecting individual liberties. Between March (actually April, when they reached a quorum) and late September, the first session of the first Congress met in New York City. The Congress proposed and debated numerous bills, and ultimately passed twenty-six acts. The very first act, signed into law by President George Washington on June 1, 1789, was “An Act to regulate the Time and Manner of administering certain Oaths.” The Constitution contained an oath of office only for the president. Article II, Section 1, directed the president to take the following oath before entering office: “I do solemnly swear (or affirm) that I will faithfully execute the Office of President of the United States, and will to the best of my Ability, preserve, protect and defend the Constitution of the United States.” This is the same oath that every president since George Washington has taken. In this issue’s “Teaching With Documents,” a regular feature of “Social Education,” teaching suggestions include providing students with a copy of the featured document and its transcription, asking a volunteer to read it aloud while the others follow along, and leading a class discussion with the following questions: (1) What type of document is this? (2) When was it created? (3) Who created it? and (4) What was the purpose of the document? Other suggestions include asking students what issues they think a brand new government might face.
Descriptors: Courts, United States History, Federal Legislation, Discussion (Teaching Technique), Teaching Methods, Presidents, Archives, Social Studies, Primary Sources
National Science Teachers Association, 1840 Wilson Boulevard, Arlington, VA 22201-3000. Web site: http://www.nsta.org.
ERIC.ed.gov 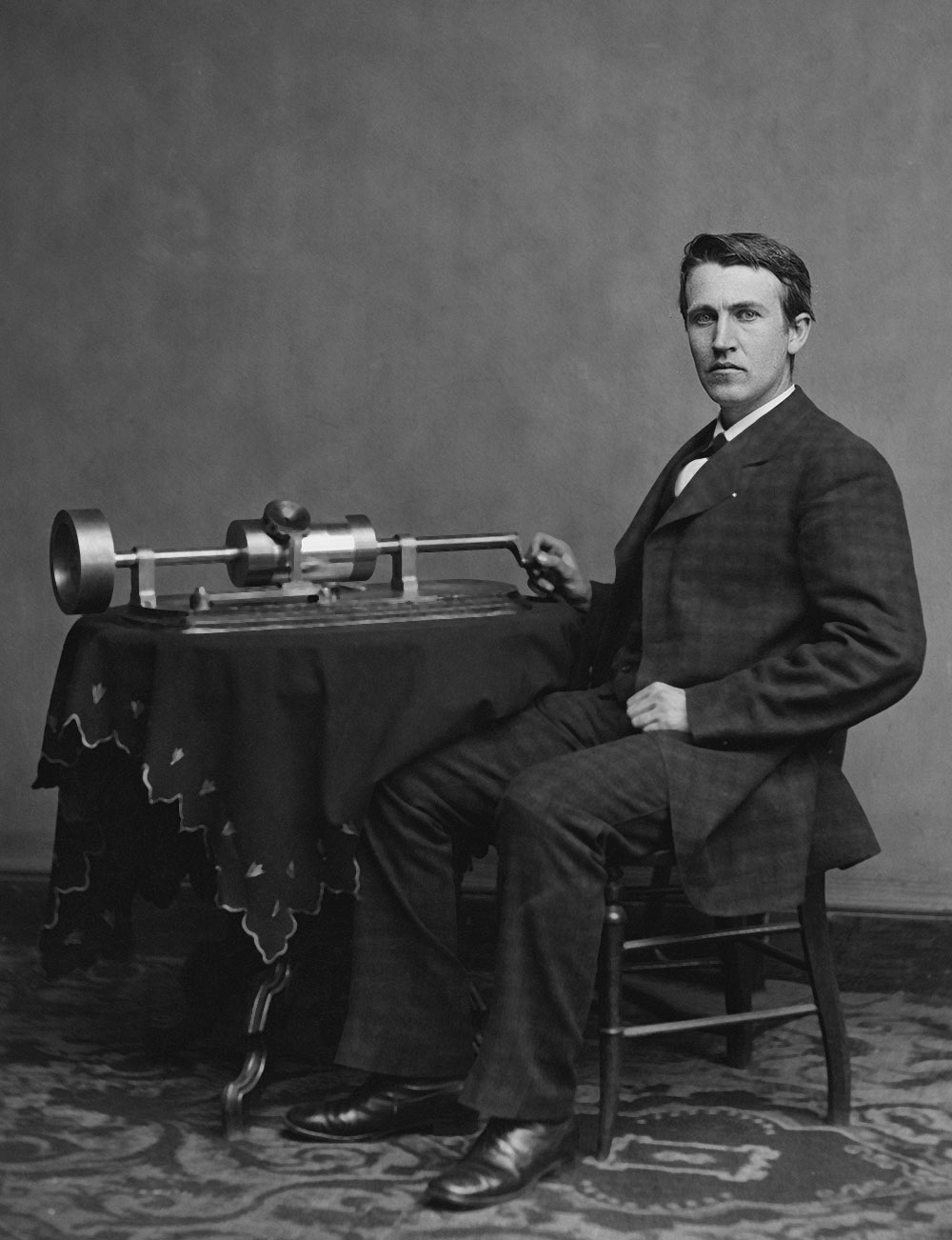 Thomas A. Edison filed for a patent on his cylinder phonograph 140 years ago this month. The inventor accumulated more than 1,000 U.S. patents, but always considered the phonograph to be his favorite invention.

Photo courtesy of the Library of Congress.

Voting Machines On June 1, 1869, Thomas Edison received his first patent for improvements to “electrographic vote-recording.” A demonstration of the device to Congress by one of Edison’s investors failed to win support for its use in U.S. elections. In 1892, Lockport, NY, was first to use an electronic voting machine in an American election.