The controversy over the Washington Redskins trademark has attracted considerable attention, here and elsewhere. We have had quite a few previous posts about this. It began with a petition by seven American Indian activists led by Suzan Harjo in 1992 to the Trademark Trial and Appeal Board of the US Department of Commerce requesting cancellation of the trademark on the grounds that the word redskin

was and is a pejorative, derogatory, denigrating, offensive, scandalous, contemptuous, disreputable, disparaging and racist designation for a Native American person

The case was appealed to the Court of Appeal for the District of Columbia Circuit. In its 2005 decision, the Court of Appeal held that the doctrine of laches did not in principle bar the suit of one of the petitioners, Mateo Romero, the youngest, because he was only one year old in 1967 when the trademark was registered. (In US federal law, the clock for laches starts when the petitioner reaches the age of 18.) It therefore returned the case to the District Court for further consideration of whether laches should bar the suit on the part of Mateo Romero.¹ The Court of Appeal did not address the question of whether there was sufficient evidence that redskin is disparaging in the context of the name of the sports team because there is no need to decide that question if the suit is barred by laches.²

Although the main topic I want to discuss is a linguistic one, I’ve reviewed the legal history because I think that much of the discussion of the case has been rather misleading. To a large extent the decisions of the courts have focussed on the “technicality” of laches, not on the question of whether redskin is disparaging. The District Court did not simply ignore overwhelming evidence as some commentators suggest. Indeed, even in its holdings on the disparagement issue, the District Court’s criticisms of the TTB were that it did not sufficiently address the question of whether redskin is disparaging in the context of the name and that the TTB did not make sufficient findings of fact. And in overturning the District Court, the Court of Appeal made no judgment whatever as to whether redskin is disparaging. Its decision dealt exclusively with laches. In short, the decisions of the courts have been concerned largely with technical questions, not with the linguistic issues.

I think that it is well established that redskin is taken by most people today to be disparaging. What is more interesting is whether it has always been so, as Harjo et al., as well as various others, claim. One interesting piece of evidence is the origin of the name Washington Redskins. In 1933, George Preston Marshall, the owner of the team, which was then located in Boston, renamed it the Boston Redskins in honor of the head coach, William “Lone Star” Dietz, an American Indian.³ When the team moved to Washington in 1937 it was renamed the Washington Redskins. George Marshall clearly did not consider the name disparaging.

The term redskin of course goes much farther back than 1933. The details of this history have recently been explored by Ives Goddard of the Smithsonian Institution, in a paper conveniently available on-line. Some of the evidence is available in greater detail on Goddard’s web site. You can read speeches by the Meskwaki chief Black Thunder and the Omaha chief Big Elk in which the expression redskin is used, and early nineteenth century examples of the Meskwaki usage of terms meaning redskin and whiteskin.

I won’t review the evidence in detail because Goddard’s paper is short enough and accessible enough that if you are interested you should read it yourself. I’ll just summarize it. Goddard shows that the term redskin is a translation from native American languages of a term used by native Americans for themselves. Harjo’s claim that it “had its origins in the practice of presenting bloody red skins and scalps as proof of Indian kill for bounty payments” is unsupported by any evidence.⁴ The term entered popular usage via the novels of James Fenimore Cooper. In the early- to mid-nineteenth century the term was neutral, not pejorative, and indeed was often used in contexts in which whites spoke of Indians in positive terms. Goddard concludes:

Cooper’s use of redskin as a Native American in-group term was entirely authentic, reflecting both the accurate perception of the Indian self-image and the evolving respect among whites for the Indians’ distinct cultural perspective, whatever its prospects. The descent of this word into obloquy is a phenomenon of more recent times.

The response to Goddard’s paper is disappointing. Other than reiterating the unsubstantiated and implausible theory that the term owes its origin to scalping, Harjo and others have merely waved their hands, asserting that as Indians they know differently without presenting any evidence whatsoever. A typical example is found in this Native Village article, which quotes Harjo as follows:

I’m very familiar with white men who uphold the judicious speech of white men. Europeans were not using high-minded language. [To them] we were only human when it came to territory, land cessions and whose side you were on.

The only point here that even resembles an argument is the bald assertion that Europeans never spoke of Indians other than disparagingly. This is not true. Evidence to the contrary is explicitly cited by Goddard. What is more disturbing is that Harjo’s primary response to Goddard is ad hominem: that as a white man what he says is not credible. Whether he is white, red, or green is of course utterly irrelevant, as thinking people have known since at least the Middle Ages. Goddard presents his evidence in detail, with citations to the original sources. You can evaluate it yourself, and you need not rely on his statements of fact but can, if you are willing to devote some time and effort, check out the sources yourself. Furthermore, without the slightest evidence Harjo imputes to Goddard not merely bias but racism, a charge which, based, as her own words reveal, entirely on racial stereotyping, merely reflects back on herself.

So, there you have it. On the one hand an utterly unsubstantiated and implausible theory advocated by Suzan Harjo, who exhibits no knowledge of the history of English usage of redskin, of American Indian languages, or of the early history of relations between Indians and Europeans. On the other hand a detailed account with numerous explicit citations to original documents by Ives Goddard, who has dedicated his entire life to the study of American Indian languages and the documentation thereof. It is always possible that some new evidence will be brought to bear, but for the present I don’t think that there can be any ambiguity as to which is the more credible account.

¹ The District Court held that Romero’s suit was not barred by laches simply as a matter of the length of time that had elapsed since the cancellation petition was filed only seven years from the date of his majority, but might nonetheless be barred by laches if the delay of seven years put Pro Football at an unreasonable disadvantage. For this reason it is important to understand that laches is distinct from the doctrine of statute of limitations. A suit is barred by the statute of limitations if there is legislation setting such a time limit. In contrast, laches is an equitable doctrine and is based on the principle that too long a delay is unfair to the respondent, not on any particular time limit.

² Similarly, the District Court never addressed Pro Football’s arguments that section 2(a) of the Lanham act, under which Harjo et al. sued, is an unconstitutional violation of the First Amendment right of free speech and the Fifth Amendment right of due process because it overturned the TTB’s decision on other, non-constitutional, grounds.

³ Harjo et al. question this story of the origin of the name, but as the Circuit Court noted (p. 13, footnote 6), they provide no evidence whatever to the contrary and give no convincing reason to disbelieve the primary source, a newspaper article presenting the account by Marshall’s grand-daughter. Some authors have also claimed that Dietz was not an American Indian. The articles cited, however, do not cite their sources, so it is difficult to evaluate their claims. It is, however, undisputed that Dietz presented himself as an American Indian and that George Marshall publicly presented him as one. George Marshall surely thought that Dietz was an American Indian, which is really what counts here.

⁴ A point that has not, as far as I know, been mentioned in this context is that scalps or other body parts presented as evidence of kills would not, in general, have been red. As I can attest from personal experience with the processing of animals killed by hunters, mammalian blood is bright red when fresh but darkens quickly as it oxidizes. When dried it retains a dark red tinge if thin but in any thickness is black. Under most circumstances bounty hunters did not present their trophies for payment until days or weeks after the kill, by which time the blood would have been more black than red. The suggestion that such trophies would give a primary impression of red is due either to a false idea that they would usually have been presented when fresh or to a lack of familiarity with dried blood. A further difficulty with Harjo’s hypothesis is that, although whites did indeed collect Indian trophies as evidence of kills, the popular image of scalping was and is that it was an activity engaged in primarily by Indians who mutilated the corpses of their white victims. There was therefore no reason to associate bloody trophies, red or not, with Indians. If anything, the association would have been with the white victims of scalping. 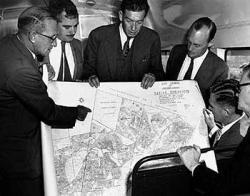 The act had required that all South Africans for classified by race at birth.

1972 – Following a seemingly routine burglary, five men were arrested at the National Democratic Headquarters in the Watergate complex in Washington, D.C. However, subsequent investigations revealed the burglars were actually agents hired by the Committee for the Re-election of President Richard Nixon. A long chain of events then followed in which the president and top aides became involved in an extensive cover-up of this and other White House sanctioned illegal activities, eventually leading to the resignation of President Nixon on August 9, 1974.