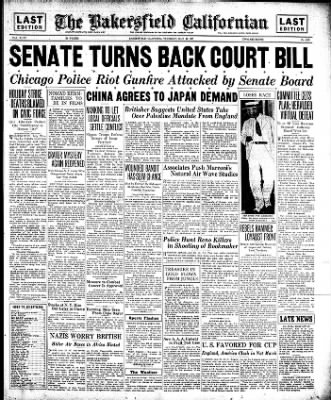 President Franklin D. Roosevelt took office during the Great Depression and instituted sweeping economic regulations and reforms as “a New Deal for Americans.” With his Democratic party dominating Congress, he pushed through New Deal legislation, but the Supreme Court’s conservative majority declared many key statutes unconstitutional. In 1937 Roosevelt proposed a Judicial Procedures Reform Bill that would have allowed him to expand the Supreme Court and appoint new justices sympathetic to his agenda. Congress strongly opposed the president’s “court packing” plan.
In 1937 the Senate rejected President Roosevelt’s efforts to change the Supreme Court’s structure. Roosevelt’s proposed changes would have allowed him to pack the court with judges who supported his policies, threatening judicial independence.