On July 13, 1787, Congress enacts the Northwest Ordinance, structuring settlement of the Northwest Territory and creating a policy for the addition of new states to the nation. The members of Congress knew that if their new confederation were to survive intact, it had to resolve …

1096 – Crusaders under Peter the Hermit reached Sofia, Bulgaria. There they met their Byzantine escort, which brought them safely the rest of the way to Constantinople. by August 1.

1691 – William III defeated the allied Irish and French armies at the Battle of Aughrim, Ireland.

1790 – The French Assembly approved a Civil Constitution providing for the election of priests and bishops.

1806 – The Confederation of the Rhine was established in Germany.

1870 – The first rotary can opener with a cutting wheel was patented by William W. Lyman.

1912 – The first foreign-made film to premiere in America, “Queen Elizabeth”, was shown.

1931 – A major league baseball record for doubles was set as the St. Louis Cardinals and the Chicago Cubs combined for a total of 23.

1941 – Moscow was bombed by the German Luftwaffe for the first time.

1946 – “The Adventures of Sam Spade” was heard on ABC radio for the first time.

1954 – U.S. President Dwight D. Eisenhower proposed a highway modernization program, with costs to be shared by federal and state governments.

1957 – The U.S. surgeon general, Leroy E. Burney, reported that there was a direct link between smoking and lung cancer.

1960 – Manufacturing began for the Etch A Sketch®.

1974 – John Ehrlichman, a former aide to U.S. President Nixon, and three others were convicted of conspiring to violate the civil rights of Daniel Ellsberg’s former psychiatrist.

1982 – “E.T.: The Extra-Terrestrial” broke all box-office records by surpassing the $100-million mark of ticket sales in the first 31 days of its opening.

1982 – The last of the distinctive-looking Checker taxicabs rolled off the assembly line in Kalamazoo, MI.

1984 – Democratic presidential candidate Walter F. Mondale named U.S. Rep. Geraldine A. Ferraro of New York to be his running mate. Ferraro was the first woman to run for vice president on a major party ticket.

1999 – Walt Disney Co. announced that it was merging all of its Internet operations together with Infoseek into Go.com.
Disney movies, music and books

2000 – Russia launched the Zvezda after two years of delays. The module was built to be the living quarters for the International Space Station (ISS.) 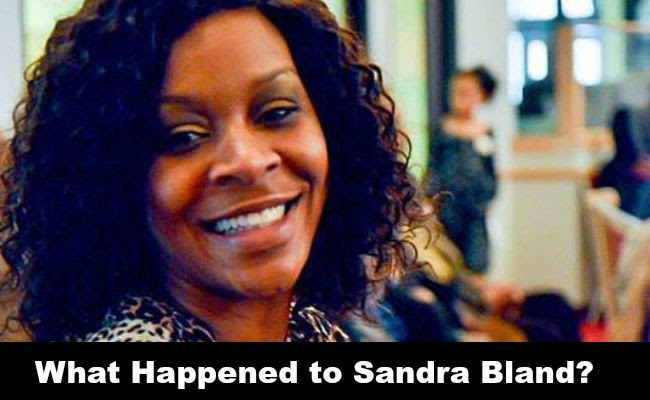 The system and the police officers that killed my cousin, Charleena Lyles, are guilty. We demand JUSTICE!

Two days after Philando Castile’s killer walked free, my cousin, a pregnant Black mother, was gunned down in Seattle after she called 911 for help. We need to say her name: Charleena Lyles.

On Sunday morning, my cousin Charleena Lyles, a 30-year-old pregnant mother of four struggling with mental health, called 911 to report a burglary. Instead of assistance, she was sentenced to her death, as the police gunned her down with very minimal to no de-escalation. She was staying in a transitional housing facility for homeless families in Seattle and someone robbed her home. She needed help. But two officers arrived at Charleena’s home and despite knowing she was advised for mental health counseling due to domestic violence, they reached for guns first when they saw her holding a knife. Instead of de-escalating, they chose to shoot and kill her — right in front of her children.

Seattle police officers are trained on how to de-escalate mental health situations. They chose to kill. Now they’re on paid leave. It’s obvious. These police officers should be fired immediately and indicted on criminal charges. And that’s just a start. We need full transparency in this investigation, the police should release all footage, not just the audio recording. We must demand that Seattle police aren’t allowed to investigate themselves. And we must change the laws that make it nearly impossible to prosecute officers that use deadly force.

At every single turn, the Seattle Police Department failed. First, a couple weeks before her death, they ARRESTED Charleena when she called for help with an abusive boyfriend. She spent 9 days in jail because she was a survivor of domestic violence and struggling with mental health. Seattle police knew she needed help, not guns–they even had it marked in their system. But when she was robbed and called the police again, instead of sending a mental health practitioner to her home they sent more police officers than they normally would. On an audio recording, you can hear the two officers discussing her on their way to Charleena’s home.1 They KNEW she was struggling with mental health. They had other means but after less than 11 minutes they reached for their guns. There was no reason for Charleena to die. Yet the Seattle police officers did not follow any training and policies set forth by the Seattle Police Department.

The Seattle Police Department has a long and dangerous history of mistreatment of people with mental health issues. They were under investigation by the Obama administration and the Department of Justice in 2012 for its ongoing pattern of officers using excessive force– especially on people with mental health and substance abuse issues.2 Right after the investigation, the Seattle Police Department was placed under a federal consent decree — which allows for police departments to be sued for civil rights violations and use of excessive force.

Too often people with mental health issues become vulnerable targets of police, despite police departments being required to have a clear protocol for engaging with them. According to one study in 2015, about 25% of people who were killed by police suffered from mental health issues.3 Just less than two weeks ago, a Black man diagnosed with bipolar disorder, Joshua Barre, was shot and killed by police in Tulsa, Oklahoma4— leaving his family in turmoil with unanswered questions. It is the same unanswered questions our family now has to deal with. To be Black and dealing with mental health means becoming an even deadlier target for police violence, and it has to stop.

In such an extreme, violent, and white supremacist climate that goes beyond any White House administration, Black women continue to be viewed as a threat in this country. The vicious stereotypes of Black women being out of control, angry, and aggressive have led to the death of too many. Just like my cousin, women like Sandra Bland, Tanisha Anderson, and Miriam Carey were deemed “threatening” by men who were twice their size and had guns just because they were vocal. Time and time again Black women are either forced into silence and invisibility or put in harm’s way — in the media, politics, and our personal lives. From public leadership, like we’ve seen with Congresswoman Maxine Waters and U.S. Senator Kamala Harris, Black women are constantly attacked and vilified for being boisterous and steadfast in their crusade for justice and taking a stand. But even in the mundane, everyday actions of being a mother, protecting one’s family, driving home, going to school, sitting in a living room of a home, Black women and girls are deemed a threat, facing the ultimate consequence — death.

The officers’ actions who killed Charleena Lyles can not be justified. The Seattle Police Department must hold these officers accountable.

All of this is happening just days after the officer who murdered Philando Castile was found not guilty. The reality is all too painful. Our community is forced to deal with it, sit with it, cry about it, while everyone else moves on. We know we have to fight harder. Yes, the whole system is guilty. We know we have to start imagining what real safety and freedom looks like for Black people. And the answer is not in hands of the police.

P.S. Please support my family by donating to our GoFundMe page today. Thank you.