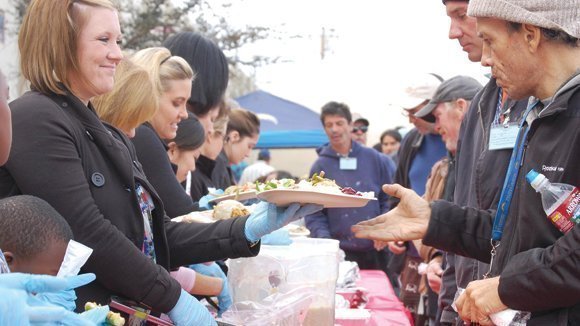 Haitian migrants and Dominicans of Haitian descent yell slogans during a protest in Santo Domingo June 18, 2015. People took to the streets to demonstrate against the risk of deportation from the Dominican Republic due to a deadline of a national immigration law.  Reuters

Haitian Rolando Joshept (R), 19, sits near a Dominican soldier on a bus of the National Migration Office in Santo Domingo June 24, 2015. Joshept is returning to Haiti voluntarily after a new Dominican migration law requires hundreds of thousands of Haitians and people of Haitian descent to show identity documents or register for a so-called “regularization” program.  Reuters

In 2011, Officials of the Dominican Republic warned DR nationals and after many changes to the rules, they seem determined to deport at least onehundred thousand Haitians.   According to the media, approximately 250K applied for residency but only about 10k had the proper paper work.  This means that DR Officials might implement the papers please rule as the U.S. state of Arizona tried.

It has gotten worse.

There are reports that the Dominican Republic seems to be engaging in what some consider ethnic cleansing.  The idea that DR officials decided they needed to deport DR nationals without due process is disturbing. When In fact, some are of DR descent, others  are undocumented most have worked and lived there for all their lives to only have a few weeks before being “rounded up” as stated by DR officials.  So far, approximately 26K undocumented DR nationals have left voluntarily.  Is it possible that Dominican elites want to regain their privileged lives at the expense of families, possibly family ties as well?

Why is this bothering me? The last time I asked folks to boycott, there were reports of fights about who looks more Dominican or not and in the wake of men women and children being assaulted based on their looks and skin colour dealing with a papers please law is beyond my understanding. I know this is not a new problem, but in this 21st Century, one would think the Caribbean Community would come together and implement solutions.  The problem seems to be an archaic caste system that needs to end.

Where is the CARICOM community and what side are they on?

Thing is, the Caribbean and i use that to cover a wide range of territory …beyond being a beautiful, a paradise, a tourist destination, sadly it is reported as having corrupt government police and always under constant threats of natural disasters so these issues of color, land, looks, legacy religion seem petty when some serious money can be made … but the government needs to be legitimate …the soul of the Caribbean kept intact

the question: Is the government and police both corrupt?

There is a Common Wealth of and a Republic of, yet both are a part of the Caribbean Community.

Folks are suffering victims of crime, corruption, and a huge debt due to economic austerity. While some visitors choose to ignore it others conveniently bring up the label given to differentiate the face of one Caribbean Community member from another.  I have read it so many times and though I roll my eyes at the clichés “ they are very very serious about making sure folks “are not confused with” or “pronounced as”. The fact remains, the Dominica and all the islands on that coast are still apart of the sum total called the Caribbean Community, and more often than not; “the not to be confused” locales are groomed island destinations for the rich.  I know, not all rich folks are, but a whole lot are buying land, usually white and from the UK, France and now so are folks from the US, making it a place that is or once was 86% to 95% black (Caribbean) now a  place that provides low wages for resort bartenders,  house cleaners, ethnic-entertainers while being another place beaten used and eaten up by eco-tourism. Studies show that when tourism flounders so does the economy …duh. so, alternative sustainable options need to be considered.

Most of us would say eco-tourism is not bad as it mostly helps protect against deforestation, but nowadays you need to ask what are the locals getting out of it. We need to think about all the Caribbean islands or similar hard to get to places with extraordinary weather, climate, food, mountains, rainforests, freshwater lakes, hot springs, waterfalls, and diving spots that tourists tend to trample or buy up.  The waterfronts are now home to cruise liners that not only take up space, it has resulted in a loss of land,  some fishing rights, and reports are that cruise ships have been quietly dumping environmental waste into what used to be pristine waterways. In the end, like so many destinations of paradise or eco-tourist friendly places succumb to new developments and or modernization of facilities now have fewer visitors, even with all the tax perks which happens to negatively affects the locals and their overall economy in far too many cases.

There is a difference between the Commonwealth and a Republic in my opinion.   If you read the news, the commonwealth is far more likely to be groomed for “the people” most are hard to get to.  That means a whole lot of tourists and definitely user friendly; the other is usually a little more urban, rugged a lot less likely to have many tourists.  The leaders in a commonwealth are more likely and able to make a deal with countries like the US, UK or France while the people of a Republic probably choose to talk with China or any other resource seeking nation.  The fact remains that fifteen CARICOM members include the Dominican Republican, as well as Dominica, are all in this crisis, all members need to step up.

In a letter to CARICOM, chair Bahamian Prime Minister Perry Christie, the organization expressed shock that the regional body has not commented on the issue.  “We are shocked but not surprised about CARICOM’s silence during this period when the Chair has fallen to the Prime Minister of The Bahamas”.

I don’t know the answers … though I think Caribbean island nations and those that have, like the Republic of Madagascar similar weather, lakes, waterfalls,  forests and amazons want to export what they make not have folks come in and take it, promise or build massive structures making the indigenous people’s give up land, fishing rights only to get a small amount of return or actual help then it ends with a series of broken promises.  Some thinking they are doing well, talk about having jobs like being tour guides, cultural dancers are helping them or giving them an opportunity because they had nothing before … this is such bs! We need to help our fellow man with income inequality, demand not only human rights, see actual humanitarian acts completed, and a legit government. We must always try to prevent or stop the slashing, burning, and deforestation because it is one of many things that will prevent the next generation from thriving not to mention trying to keep the next generation healthy

These nations, regions or countries considered islands of paradise ultimate vacay destination is home to people that should not be poor … We need to ask who what where and why this is happening!

A Case of Mistaken Identity: Antihaitianismo in Dominican Culture By Ernesto Sagás

We have a moral obligation to leave our children a planet that’s not polluted or damaged, and by taking an all- of-the-above approach to develop homegrown energy and steady, responsible steps to cut carbon pollution, we can protect our kids’ health and begin to slow the effects of climate change so we leave a cleaner, more stable environment for future generations. Building on efforts underway in states and communities across the country, the President’s plan cuts carbon pollution that causes climate change and threatens public health. Today, we have limits in place for arsenic, mercury and lead, but we let power plants release as much carbon pollution as they want – pollution that is contributing to higher rates of asthma attacks and more frequent and severe floods and heat waves.

Cutting carbon pollution will help keep our air and water clean and protect our kids. The President’s plan will also spark innovation across a wide variety of energy technologies, resulting in cleaner forms of American- made energy and cutting our dependence on foreign oil. Combined with the President’s other actions to increase the efficiency of our cars and household appliances, the President’s plan will help American families cut energy waste, lowering their gas and utility bills. In addition, the plan steps up our global efforts to lead on climate change and invests to strengthen our roads, bridges, and shorelines so we can better protect people’s homes, businesses, and way of life from severe weather.

While no single step can reverse the effects of climate change, we have a moral obligation to act on behalf of future generations. Climate change represents one of the major challenges of the 21st century, but as a nation of innovators, we can and will meet this challenge in a way that advances our economy, our environment, and public health all at the same time. That is why the President’s comprehensive plan takes action to:

Cuts Carbon Pollution in America. In 2012, U.S. carbon pollution from the energy sector fell to the lowest level in two decades even as the economy continued to grow. To build on this progress, the Obama Administration is putting in place tough new rules to cut carbon pollution—just like we have for other toxins like mercury and arsenic —so we protect the health of our children and move our economy toward American-made clean energy sources that will create good jobs and lower home energy bills. For example, the plan:

Prepares the United States for the Impacts of Climate Change. Even as we take new steps to cut carbon pollution, we must also prepare for the impacts of a changing climate that are already being felt across the country. Building on progress over the last four years, the plan:

Lead International Efforts to Address Global Climate Change. Just as no country is immune from the impacts of climate change, no country can meet this challenge alone. That is why it is imperative for the United States to couple action at home with leadership internationally. America must help forge a truly global solution to this global challenge by galvanizing international action to significantly reduce emissions, prepare for climate impacts, and drive progress through the international negotiations. For example, the plan: