A long-awaited movie on Nelson Mandela’s life, which will premiere in South Africa on Sunday, has been described as a “very emotional” and accurate portrayal by one of his daughters.

The movie “Mandela, Long Walk to Freedom”, largely based on his autobiography of the same name, traces the life of the anti-apartheid icon from his childhood in the rural Eastern Cape to his election as the country’s first black president in 1994. 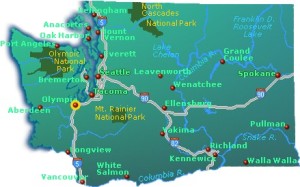 Did you know that the fight for a living wage is taking place right here in Washington state?

While fast food workers across the nation are demanding higher wages, Proposition 1, the Good Jobs Initiative, will be on the November ballot in SeaTac.

It will enable more than 6,000 transportation and hospitality workers to earn a living wage and enjoy common sense benefits, like paid sick leave.

The Yes for SeaTac campaign needs our help. Can you knock on doors and help spread the word about SeaTac Proposition 1?

Yes, I can help

…provides up to 5 days of paid sick leave for full-time airport employees, preventing the spread of dangerous disease and keeping our families and community safe.

…requires SeaTac hotels and hotel restaurants to do the right thing and give tips and service charges to the employees who perform the actual services.

…ensures that SeaTac residents employed at and around the airport can receive a living wage of $15, helping them make ends meet.

Stand with SeaTac workers and sign up to help the Yes for SeaTac campaign today.

This measure would require most raw agricultural commodities, processed foods, and seeds and seed stocks, if produced using genetic engineering, as defined, to be labeled as genetically engineered when offered for retail sale.

Written by the Office of the Attorney General

Under Washington law, the director of the state Department of Agriculture is authorized to condemn, seize, and destroy misbranded or adulterated foods and food items. Washington law defines food and food products as “misbranded” where labeling or packaging is false or misleading, and “adulterated” if they contain some added substance that is poisonous or harmful to health, or if they are contaminated, diseased, putrid, or otherwise unfit as food or injurious to health. State law imposes many specific labeling and packaging requirements and prohibitions for food and food products, but it does not require any specific labeling of genetically engineered foods. No provision of state law treats genetically engineered food as adulterated.

Washington law also authorizes the director of the state Department of Agriculture to stop the sale of mislabeled agricultural seeds, flower seeds, and vegetable seeds sold in Washington, and to condemn and seize the seeds if necessary. Seeds are considered to be misbranded if they are not accurately labeled in compliance with state law, but existing state law does not require that genetically engineered seeds be labeled as genetically engineered.

The Effect of the Proposed Measure, if Approved – Read what it says carefully

The measure would impose labeling requirements on genetically engineered foods and seeds offered for retail sale in Washington. The measure defines “genetically engineered” to mean changes to genetic material produced through techniques that directly insert DNA or RNA into organisms or that use cell fusion techniques to overcome natural barriers to cell multiplication or recombination.

have a problem with the timing of I522. I need to have everything labeled … period

Why do we have to wait until 2015 and why should we trust that these people providing us with food are truly organic given what we know popped up in organic farms(the good bad and the really ugly) I am slightly offended by the notion that we must take them at face value and isn’t it a bit disingenuous to think accidents don’t happen lest we talk about cheaters or the corrupt.

I want everything labeled

Nuclear weapons have become a security liability, not an asset. Since these weapons were first invented and used nearly 70 years ago, the world has become a much different place. The Cold War has been over for a quarter century, yet the United States and Russia still have thousands of nuclear weapons, hundreds of which are kept on hair-trigger alert, raising the risk of an accidental or unauthorized launch in the absence of any credible threat. Despite the president’s commitment not to build new nuclear weapons, the administration is now planning to spend tens of billions of dollars to do so. In 2009, President Obama pledged to seek a world free of nuclear weapons, but he must take strong steps now if we are to see any real progress during his tenure. —Karla

“How much does it cost to create a single nuclear weapon?”—Z. Witmond, New York, NY

Although the United States hasn’t built a new nuclear warhead or bomb since the 1990s, it has refurbished several types in recent years to extend their lifetime. It also plans to replace its entire arsenal with a suite of five new weapon types over the next 25 to 30 years, violating the spirit if not the letter of President Obama’s 2010 pledge not to develop new nuclear warheads. This plan, along with modest reductions in the U.S. arsenal of both deployed and reserve weapons, will cost taxpayers some $250 billion in the next few decades. That’s roughly equal to 30 years of federal funding for Head Start programs for kids at 2012 enrollment levels. MORE

Starting October 1st, Americans will have access to the Health Insurance Marketplace — a new, simpler way to compare plans and purchase health insurance — all in one place. The Marketplace will be run in partnership with states or fully by HHS in 36 states. In these 36 states, consumers will have a choice of 53 health plans on average, and young adults will have even more low-cost options.

In partnership with HealthCare.gov, we’ve created a map to help you explore a summary of the choices and premiums expected to be available on October 1st.

See the map and learn more about the Marketplace.

At the center of the Affordable Care Act is the premise that we need to make health care more affordable and accessible for more Americans, and a new report released today demonstrates just how affordable insurance will be. The report, released by the Department of Health and Human Services (HHS), finds that in state after state, affordable options will be available through the Health Insurance Marketplace in 2014.

Yesterday, President Obama delivered a speech at UNGA — the United Nations General Assembly — in New York City. The President expressed optimism at the prospects for diplomacy in solving a range of long-simmering conflicts across the globe.

In Case You Missed It: President Obama at Kansas City Ford Plant: Congress Needs to Do Its Job

Last Friday, President Obama delivered remarks at a suburban Kansas City, MO Ford Motor Co. stamping plant — a plant that recently had to bring on a shift of 900 workers to keep up with the demand for the new F-150.