I often get asked by Avaazers, “what happens after I sign a petition?” And the truth is, a HECK of a lot! Every Avaaz campaign springs from a massive global mandate, and then zeroes in on the best way for our voices to win. Here’s just two of our victories from the last few weeks:

Remember when 2 million of us came together to stop the flogging of a 15-year old rape victim in the Maldives? Her sentence has been quashed! Here’s what our team did to win:

Another example: Remember how almost 2 million of us rallied to stop the Maasai tribe in Tanzania from being kicked off their land for a hunting reserve? Last week, the Prime Minister announced they could stay! The petition provided a powerful basis for what the team did next: 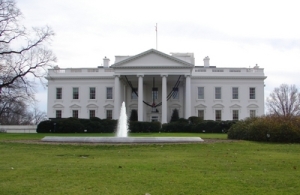 1. 800,000 federal employees will go without pay — and it’s unclear if they’ll receive back pay for time missed.

2. 3.6 million veterans may not receive benefits if the shutdown lasts over two weeks.

3. The Centers for Disease Control will have to stop its flu prevention program, just as flu season begins.

4. Food safety inspections will scale back their work, exposing millions to risk.

5. About nine million moms and pregnant women will no longer receive nutritional assistance from the Department of Agriculture’s Women, Infants, and Children program.

7. National parks and museums will close across the country, damaging our travel and tourism industries by millions for each day the government remains shut down. (Yes, that means the Statue of Liberty is closed for business…)

9. Disability benefits could be interrupted, leaving vulnerable Americans without the support they rely on.

For more info, you can read the full article here:

Some House Republicans might be treating this showdown like a game — but its impacts are real for millions of Americans who are starting to feel the shutdown in their lives.

Help get the word out — forward this email, and share the impacts of a government shutdown with everyone who should know:

House Republicans Could Open The Government Back Up Right Now

After just five days, the government shutdown is having a real, severe impact. Here are just a few of the many stories of how the shutdown is impacting Americans across the country:

Meanwhile, Republicans in Washington continue to offer political spin that nobody else is buying. The initial Republican strategy to defund Obamacare has fallen apart as people successfully enroll in the insurance marketplaces. Their latest, a piecemeal funding strategy, is in fact a reminder of the important role government plays in every American’s life — from nutrition aid and veteran benefits, to national emergency and disaster recovery. But the American people want the shutdown to end for the entiregovernment, and they blame the Republicans for causing it. Republicans aren’t even sure what they stand for anymore. This quote from conservative Rep. Marlin Stutzman (R-IN) pretty much sums it up:

“We’re not going to be disrespected. We have to get something out of this. And I don’t know what that even is.”

You don’t even know what that is? That’s leadership.

Increasingly, some House Republicans have come out in opposition to this attitude, and in support of a ‘clean’ government spending bill that would re-open the government. In fact, enough have now publicly supported such a bill that it would pass with majority Democratic support. Speaker John Boehner knows this — but is so scared of the extreme right-wing of his party that he won’t even allow it to come to a vote.

BOTTOM LINE: One faction, of one party, in one house of Congress, in one branch of government, has shut down major parts of the government — all because they didn’t like one law. And there are now enough House Republican defectors from this strategy to open the government back up. If John Boehner just allowed the vote to happen, we could stop this unpopular, economically devastating shut down right now.

This week at the Court

The Justices will hear two oral arguments each day, Monday through Wednesday.

The hearing list for the October sitting is here.

On Friday the Justices will meet for their October 11 Conference.

Our list of “Petitions to watch” for that Conference will be available soon.

At 10 a.m. Tuesday, the Supreme Court will hold one hour of oral argument on the latest constitutional dispute over campaign finance — this time, the constitutionality of federal ceilings on donations to political candidates or parties.  In the case of McCutcheon v. Federal Election Commission, arguing for Alabama Republican donor Shaun McCutcheon and the Republican National Committee will be Erin E. Murphy of the Washington law firm of Bancroft PLLC, with twenty minutes of time.  Arguing for Republican Senator Mitch McConnell of Kentucky — in the case as an amicus — will be Bobby R. Burchfield of the Washington law firm of McDermott Will & Emery, with ten minutes.  Representing the FEC, with thirty minutes, will be U.S. Solicitor General Donald B. Verrilli, Jr.

It has been nearly four years since the Supreme Court set off a constitutional revolution in the financing of federal elections, in Citizens United v. FEC, and the controversy it stirred up still has not lost its fury.  The Court, however, is ready to consider extending that revolution by, perhaps, casting aside a constitutional formula it has used repeatedly in this field for more than four decades to curb campaign donations.

The formula, put simply, is that those who contribute money to candidates or political committees get less protection for their activity than those who spend money directly to try to influence election outcomes.   The Court is being asked to give donors the same full protection that spenders get under the First Amendment.  In short, the Justices have a chance to reexamine the core of the landmark 1976 ruling in Buckley v. Valeo.

You’ll get your first 2 months of USA TODAY for $25 (charged monthly)!