A proud Black family deserves jail time for cheering on their loved one at graduation!? 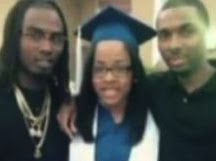 Middle Eastern kings and princes are about to force up to 48,000 people in Tanzania from their land to make way for corporate-sponsored big game hunting. But Tanzanian President Kikwete has shown before that he will stop deals like this when they generate negative press coverage. Click to deliver a media blitz that will push President Kikwete to stop the landgrab and save these Maasai.

At any moment, a big-game hunting corporation could sign a deal which would force up to 48,000 members of Africa’s famous Maasai tribe from their land to make way for wealthy Middle Eastern kings and princes to hunt lions and leopards. Experts say the Tanzanian President’s approval of the deal may be imminent, but if we act now, we can stop this sell-off of the Serengeti.

The last time this same corporation pushed the Maasai off their land to make way for rich hunters, people were beaten by the police, their homes were burnt to a cinder and their livestock died of starvation. But when a press controversy followed, Tanzanian President Kikwete reversed course and returned the Maasai to their land. This time, there hasn’t been a big press controversy yet, but we can change that and force Kikwete to stop the deal if we join our voices now.

If 150,000 of us sign, media outlets in Tanzania and around the world will be blitzed so President Kikwete gets the message to rethink this deadly deal. Sign the petition now and send to everyone:

The Maasai are semi-nomadic herders who have lived in Tanzania and Kenya for centuries, playing a critical role in preserving the delicate ecosystem. But to royal families from the United Arab Emirates, they’re an obstacle to luxurious animal shooting sprees. A deal to evict the Maasai to make way for rich foreign hunters is as bad for wildlife as it is for the communities it would destroy. While President Kikwete is talking to favoured local elites to sell them on the deal as good for development, the vast majority of people just want to keep the land that they know the President can take by decree.

President Kikwete knows that this deal would be controversial with Tanzania’s tourists — a critical source of national income — and is therefore trying to keep it from the public eye. In 2009, a similar royal landgrab in the area executed by the same corporation that is swooping in this time generated global media coverage that helped to roll it back. If we can generate the same level of attention, we know the pressure can work.

A petition signed by thousands can force all the major global media bureaus in East Africa and Tanzania to blow up this controversial deal. Sign now to call on Kikwete to kill the deal:

Representatives from the Maasai community today urgently appealed to Avaaz to raise the global alarm call and save their land. Time and again, the incredible response from this amazing community turns seemingly lost causes into legacies that last a lifetime. Lets protect the Maasai and save the animals for tourists that want to shoot them with camera lenses, rather than lethal weapons!

Sam, Meredith, Luis, Aldine, Diego, Ricken and the rest of the Avaaz team

The Guardian: “Tourism is a curse to us” http://www.guardian.co.uk/world/2009/sep/06/masai-tribesman-tanzania-tourism

Society for Threatened People: Briefing on the eviction of the Loliondo Maasai http://lib.ohchr.org/HRBodies/UPR/Documents/session12/TZ/STP-SocietyThreatenedPeople-eng.pdf

Voices of Loliondo: Short film from Loliondo on impact of eviction on Maasai http://vimeo.com/35311385

I’m writing you today because Greenpeace India is fighting for survival.

India is poised to lead the world on tackling climate change and reducing poverty by showing we can move from dirty to clean, renewable energy.

But over the last few months, government authorities here have been doing everything they can to stop our work — from putting travel bans on our staff to blocking our bank accounts. So far, the courts have been on our side and these orders have been overturned.

The relief is only temporary.

That’s why I’m asking Greenpeace supporters like you from around the world to take action and call on UN Secretary General Ban Ki-moon to support free speech in India.

Why is this happening? Over the last 15 years, Greenpeace India has had some important victories. Sometimes, we disagreed with the government too. This has now earned us the wrath of India’s Ministry of Home Affairs (MHA).

The Indian home ministry seems determined to silence Greenpeace India’s work. Soon, the campaigns we’re running here to protect the forests, for clean air and against dirty energy could be scrapped.

Attacks on freedom of speech and democracy here in India — and it’s not just Greenpeace — threaten our ability to be a major force in tackling climate change and poverty. We need a strong environmental movement in India to solve the most pressing issues of our generation. We need a strong Greenpeace India.

I know this issue isn’t unique to India. Freedom of speech and the right to question powerful people is under threat all over the world. The United Nations helps protect these rights, so ordinary people can speak out and help find solutions to the problems facing our planet.

Please take action today and ask the UN Secretary General to speak up for free speech in India.

Since 2001 Greenpeace India has worked with communities all over India to safeguard our natural environment and better the lives of all our citizens:

Now instead of being rolled out all over India — and the world — projects such as Dharnai are facing the prospect of being shut down because government authorities are threatening our very right to exist.

If we can’t continue to speak out against climate-wrecking companies, and help lead the fight for clean energy in India, so much will be lost.

P.S. Stand with Greenpeace India and for free speech by taking action today. 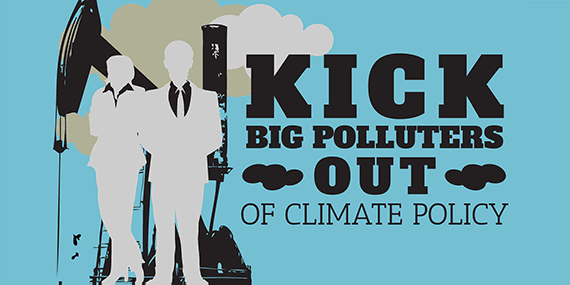 “Let’s leave the oil beneath the ground… the oil industry is destructive for indigenous society, non-indigenous society, the planet, and nature. It disrupts our indigenous worldview and destroys our ecosystems.”
– PatriciaGualingaKichwa leader ofSarayaku,EcuadorDear carmen,This week, world leaders are in Bonn, Germany for the latest round of climate negotiations. They are working on a draft version of a major United Nations agreement to control greenhouse gas emissions that are changing the Earth’s climate. But the fossil fuel industry and other global corporations that have a vested interest in stopping progress on climate policymaking continue to delay, weaken, and block climate policy at every level.

The only way we’ll get an international agreement to reduce emissions is to end the corporate interference that has derailed and watered down climate talks time and again.

Please join us, Corporate Accountability International and many other allied organizations to call on world leaders to kick big polluters out of policymaking. SIGN TODAY to join this call.

We are more than halfway to our goal of 250,000 signatures! They will be delivered in just a few days while the meetings are still under way. Sign today because if the United Nations is serious about finding real solutions to our increasingly urgent climate crisis, fossil fuels have to go.

For our global climate,