One month ago today, our son Jerry went to Pulse Nightclub to celebrate his friend’s 21st birthday. Neither he nor the 48 others who were shot and killed ever came home.

In the month since our son was taken from us, it’s heartbreaking to know that the horror of that night has been followed by so many other shootings. More than 2,700 Americans have been killed by gun violence since the shooting in Orlando, and several thousand more injured.

As a country, we continue to ask ourselves, why?

The question we need to ask ourselves is: What now? People filled with hate should not be able to arm themselves. It’s never been clearer that our legislators must act to prevent hateful people from getting guns — and if they fail to act, we must change our legislators.

We’ve been a part of this movement for years — and sadly, now it’s personal. And we’re asking if you can stand with us. Will you pledge to volunteer in your community to elect gun sense champions and create real change in America? 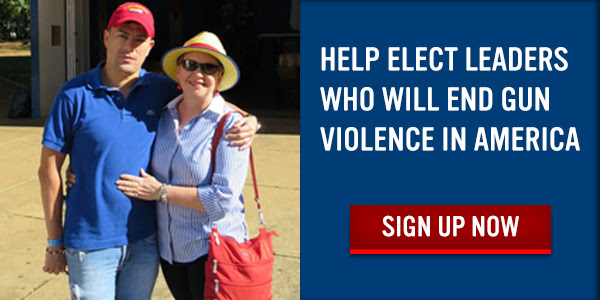 There are those who will say that we can’t do anything to stop gun violence in America because this is the price of freedom — or that the answer is to double down on the dangerous vision of more guns for more people in more places. But doing nothing or arming everyone are not our only options — and they’re recipes for more predictable horrors that will put more lives at risk.

There are those who would like us to give up. To them, we say that our children deserve better. Our son Jerry was a brave and hard-working child who suffered from severe speech issues and wore a full body brace when he was a kid. Yet he never gave up working tirelessly to improve his speech, nor let the body brace stop him from dancing. He was kind and generous to friends and strangers alike and loved working in the Magic Kingdom. It breaks our hearts that, after overcoming so many obstacles, Jerry’s life was cut short simply by going out dancing on a Saturday night.

We need more than their thoughts and prayers. We need action.

Will you commit to helping us elect leaders who will stand up to the gun lobby and work to prevent senseless gun violence?

Nothing we can do will bring our son back. But that doesn’t mean we should give up fighting to spare other families our heartbreak. We hope that you will join us in that fight.