We have a moral obligation to leave our children a planet that’s not polluted or damaged, and by taking an all- of-the-above approach to develop homegrown energy and steady, responsible steps to cut carbon pollution, we can protect our kids’ health and begin to slow the effects of climate change so we leave a cleaner, more stable environment for future generations. Building on efforts underway in states and communities across the country, the President’s plan cuts carbon pollution that causes climate change and threatens public health. Today, we have limits in place for arsenic, mercury and lead, but we let power plants release as much carbon pollution as they want – pollution that is contributing to higher rates of asthma attacks and more frequent and severe floods and heat waves.

Cutting carbon pollution will help keep our air and water clean and protect our kids. The President’s plan will also spark innovation across a wide variety of energy technologies, resulting in cleaner forms of American- made energy and cutting our dependence on foreign oil. Combined with the President’s other actions to increase the efficiency of our cars and household appliances, the President’s plan will help American families cut energy waste, lowering their gas and utility bills. In addition, the plan steps up our global efforts to lead on climate change and invests to strengthen our roads, bridges, and shorelines so we can better protect people’s homes, businesses, and way of life from severe weather.

While no single step can reverse the effects of climate change, we have a moral obligation to act on behalf of future generations. Climate change represents one of the major challenges of the 21st century, but as a nation of innovators, we can and will meet this challenge in a way that advances our economy, our environment, and public health all at the same time. That is why the President’s comprehensive plan takes action to:

Cuts Carbon Pollution in America. In 2012, U.S. carbon pollution from the energy sector fell to the lowest level in two decades even as the economy continued to grow. To build on this progress, the Obama Administration is putting in place tough new rules to cut carbon pollution—just like we have for other toxins like mercury and arsenic —so we protect the health of our children and move our economy toward American-made clean energy sources that will create good jobs and lower home energy bills. For example, the plan:

Prepares the United States for the Impacts of Climate Change. Even as we take new steps to cut carbon pollution, we must also prepare for the impacts of a changing climate that are already being felt across the country. Building on progress over the last four years, the plan:

Lead International Efforts to Address Global Climate Change. Just as no country is immune from the impacts of climate change, no country can meet this challenge alone. That is why it is imperative for the United States to couple action at home with leadership internationally. America must help forge a truly global solution to this global challenge by galvanizing international action to significantly reduce emissions, prepare for climate impacts, and drive progress through the international negotiations. For example, the plan:

Second Day Of The Republican National Convention Focused On Economy

After an eventful first day of the Republican National Convention—with Rep. Steve King wondering if any “sub-group” besides white people has contributed to society, #NeverTrump delegates revolting on the convention floor, and Melania Trump plagiarizing Michelle Obama’s speech from the 2008 DNC—Donald Trump and crew are back at it again with today’s theme “Make America Work Again.” Tonight, prime time speakers such as Speaker Paul Ryan and Senate Majority Leader Mitch McConnell are supposed to talk about how Donald Trump and the Republican Party will revitalize the economy, since “the Obama years have delivered anemic economic growth,” while “Donald Trump is a successful businessman with a solid record of creating jobs and the experience we need to get America’s economy up and running.”

While this may be good rhetoric for Donald Trump and the RNC to tout, the facts show that these claims are simply not true. Here are some ways where the Trump and the GOP’s plans for the economy will hurt working families:

BOTTOM LINE: It is true that working families in the United States are feeling increasingly squeezed by rising costs and stagnating wages. But, families need policies like guaranteed paid sick days, guaranteed paid leave, equal pay, and improved access to quality, affordable childcare to thrive. Trump and the GOP platform have failed to address the drivers of family economic insecurity and instead present plans that will hurt working families. 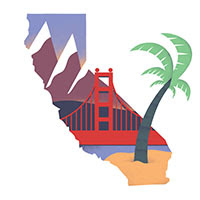 Cutting emissions: The port complex in Los Angeles and Long Beach is still the No. 1 source of air pollution in Southern California, so Mayor Eric Garcetti has appointed a 10-member advisory board to expand zero-emissions technology. “We can have healthy communities and we can have a healthy port. We can have economic growth and clean air,” the mayor said. Los Angeles Times

This September, the International Union for the Conservation of Nature’s World Conservation Congress will bring together the world’s most preeminent thinkers, advocates and leaders to address society’s biggest ecological challenges. This year’s Planet at the Crossroads conference will focus on moving 2015’s historic climate agreements into action.

It’s imperative that indigenous voices and solutions that respect “living forests” are heard at this event. Amazon Watch will accompany allies from the Sarayaku people of Ecuador to promote their Kawsak Sacha proposal, and we need your financial support TODAY to ensure that it is spotlighted.

With Sarayaku’s ancestral territory under imminent threat from state-sanctioned oil drilling, their vision is not only compelling; it offers the best hope for protecting their territory, health, and culture from climate-destroying oil drilling.

At the WCC, Amazon Watch will join Sarayaku and other allies in promoting true solutions that respect “No Go policies” for mineral extraction in relation to World Heritage Sites, sacred natural sites and primary forests.

A generous donor has offered to match up to $5,000 for the costs of getting our partners to the conference, accompanying them, and providing translation and communications support. We have 48 hours to meet our $10,000 goal.

Please give as generously as you can in support of advancing this vision for sustainable Amazon ecosystems, indigenous communities, and our global climate.