This is beyond sickening, c. Greedy poachers are wiping these precious creatures off the face of the earth by the dozen. 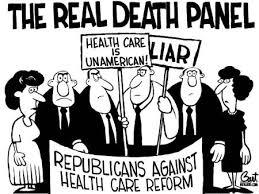 for the complete article … dailykos.com

1314 – Scottish forces led by Robert the Bruce won over Edward II of England at the Battle of Bannockburn in Scotland.

1340 – The English fleet defeated the French fleet at Sluys, off the Flemish coast.

1497 – Italian explorer John Cabot, sailing in the service of England, landed in North America on what is now Newfoundland.

1717 – The Freemasons were founded in London.

1793 – The first republican constitution in France was adopted.

1859 – At the Battle of Solferino, also known as the Battle of the Three Sovereigns, the French army led by Napoleon III defeated the Austrian army under Franz Joseph I in northern Italy.

1862 – U.S. intervention saved the British and French at the Dagu forts in China.

1913 – Greece and Serbia annulled their alliance with Bulgaria following border disputes over Macedonia and Thrace.

1931 – The Soviet Union and Afghanistan signed a treaty of neutrality.

1940 – France signed an armistice with Italy.

1940 – TV cameras were used for the first time in a political convention as the Republicans convened in Philadelphia, PA.

1964 – The Federal Trade Commission announced that starting in 1965, cigarette manufactures would be required to include warnings on their packaging about the harmful effects of smoking.

1968 – “Resurrection City,” a shantytown constructed as part of the Poor People’s March on Washington D.C., was closed down by authorities.

1970 – The U.S. Senate voted overwhelmingly to repeal the Gulf of Tonkin Resolution.

1982 – The U.S. Supreme Court ruled 5-4 that no president could be sued for damages connected with actions taken while serving as President of the United States.

1986 – The Empire State Building was designated a National Historic Landmark.

1997 – The U.S. Air Force released a report titled “The Roswell Report, Case Closed” that dismissed the claims that an alien spacecraft had crashed in Roswell, NM, in 1947.

2002 – The U.S. Supreme Court ruled that juries, not judges, must make the decision to give a convicted killer the death penalty.