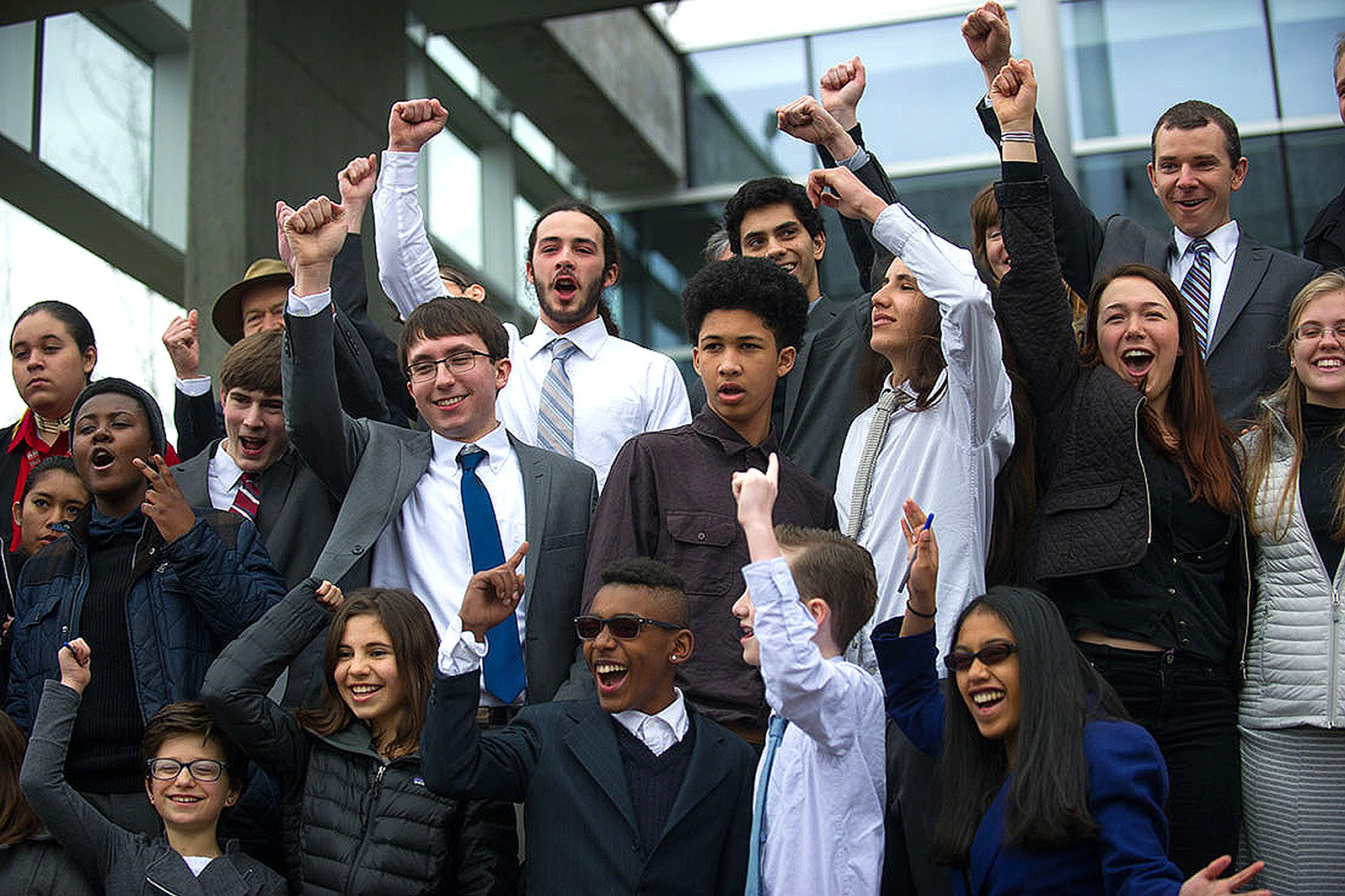 One lawsuit could stop Trump wrecking our planet. And here’s the kicker — it’s a case brought by 21 children!

Yup, after years of battling motions to dismiss their case, a US court ruled that 21 young people suing the US government have a constitutional right to a safe climate. Now, a Federal court will hear their case against the President!

If they win, Trump will be forced to rein in the fossil fuel industry! This case could change everything.

But these are just children. They’ve got a tiny team of great attorneys but don’t have the funds to fight Trump and the oil industry’s fire with fire. So they’ve called on us for help.

Our community has a unique power to raise the funds to back them before they are due in court, and then take the fight global to other courts and countries. These courageous children and their case could be our last, best chance to stop Trump’s war on our planet. Chip in just a small amount now, and we can support them and campaign for a safe future —

Trump just declared he is pulling out of the Paris Global Climate Deal. He and his fossil fuel buddies are doing everything they can to block climate action. But they can’t buy the judges. US judges were the only way to stop Trump’s travel bans. Now the courts could force his hand on climate.

Legal action is already working. Two years ago, Dutch citizens took their government to court, demanding it cut carbon pollution according to science, and they won the biggest climate case in history. And the most exciting thing is a legal ruling has a butterfly effect — one case can create a precedent. We could not only take on Trump, we can then move all our governments from words to action, faster.

The US lawsuit, Juliana et al v. United States, was brought by young people aged 9 to 21 and powerful advocates at Our Children’s Trust. The funds are to support the best legal minds to build the case, collect evidence, make these planetary heroes famous all over the world, campaign and back legal cases worldwide to confront climate obstruction, and even just to pay so all the 21 children and their families can be in court to make their case.

2016 was the hottest year, by far, in recorded history. Our climate is delicate, unstable — the last ice age hit us in just 6 months. It may sound far fetched but these incredible children actually could hold all our futures in their hands.

Our community can do this like no one else. We changed the game with the People’s Climate Marches and fought for the Paris climate agreement that laid out the path to a 100% clean future. Now let’s rise again, to back this David vs Goliath fight, to help save the future for all our people.

With hope and determination,
Alice, Danny, Nick, Camille, Spyro and the whole team at Avaaz

The Kids Suing the Government Over Climate Change Are Our Best Hope Now (Slate)
http://www.slate.com/articles/health_and_science/science/2016/11/the_kids_lawsuit_over_climate_change_is_our_best_hope_now.html

Meet the kids suing the US government for ruining the earth for future generations (Business Insider)
http://www.businessinsider.com/kids-suing-government-for-climate-change-2016-11?IR=T

For all the information please go to http://www.hoosickfallslawsuit.com

I’m Erin Brockovich. Join me and the Weitz & Luxenberg law firm as we fight for justice on behalf of the people of Hoosick Falls, New York. The groundwater beneath Hoosick Falls has been contaminated with the chemical PFOA. You and your friends and family are suffering. We need to hold accountable the companies responsible for polluting Hoosick Falls water.

Let us help you.
— Erin Brockovich

The chemicals PFOA and PFOS are one step closer to being officially labeled “hazardous” in New York.