On this day in 1935, President Franklin D. Roosevelt signs into law the Social Security Act. Press photographers snapped pictures as FDR, flanked by ranking members of Congress, signed into law the historic act, which guaranteed an income for the unemployed and retirees. FDR commended Congress for what he considered to be a “patriotic” act.

Roosevelt had taken the helm of the country in 1932 in the midst of the Great Depression, the nation’s worst economic crisis. The Social Security Act (SSA) was in keeping with his other “New Deal” programs, including the establishment of the Works Progress Administration and the Civilian Conservation Corps, which attempted to hoist America out of the Great Depression by putting Americans back to work.

In his public statement that day, FDR expressed concern for “young people [who] have come to wonder what would be their lot when they came to old age” as well as those who had employment but no job security. Although he acknowledged that “we can never insure one hundred percent of the population against one hundred percent of the hazards and vicissitudes of life,” he hoped the act would prevent senior citizens from ending up impoverished.

Although it was initially created to combat unemployment, Social Security now functions primarily as a safety net for retirees and the disabled, and provides death benefits to taxpayer dependents.

The Social Security system has remained relatively unchanged since 1935. 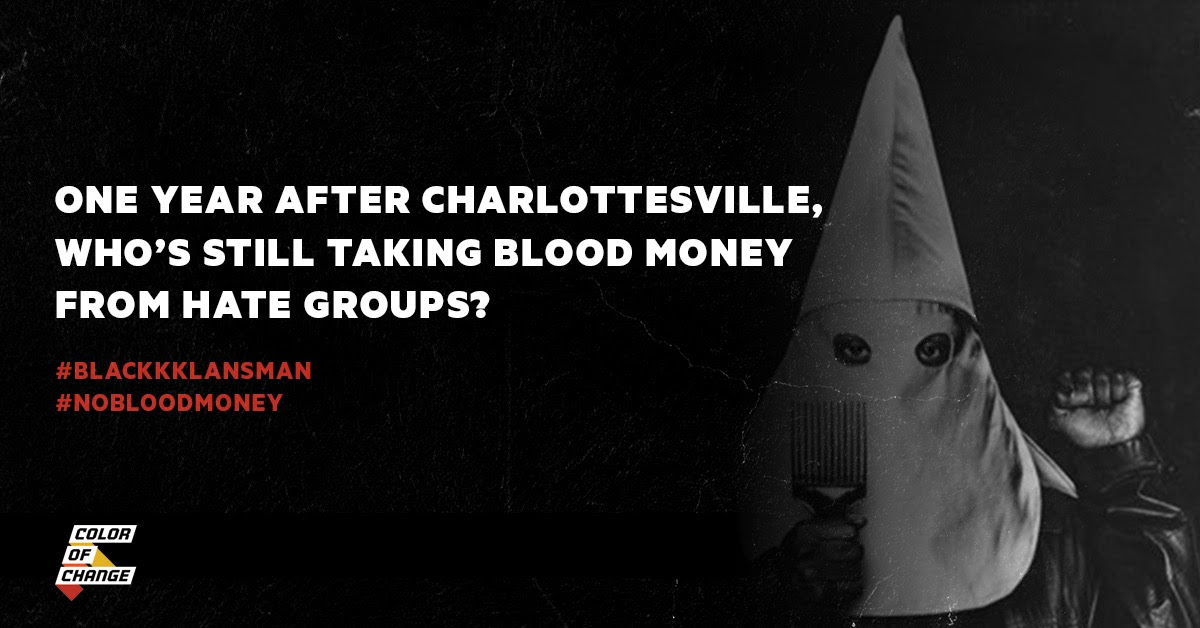 Join the fight against hate and support Black media!

It’s been one year since the deadly Unite the Right march in Charlottesville, Virginia, and we must force America to wake up! As we try to reverse the tide on rising white nationalism, a film coming out this weekend details past efforts to undermine a similarly violent movement aimed at maintaining white supremacy.

In the 20th century, the KKK used a number of recruitment tactics to expand their base- infiltrating community groups, churches and even placing newspaper ads openingly calling for new members.1 They threw over the top mass “Americanism” pageants, showcasing their power and striking fear into the heart of communities. Opening today, the Spike Lee joint, BlacKkKlansman, highlights the true story of how one man was able to infiltrate and destabilize the Klan, even temporarily neutralizing David Duke.2

We have two asks for you this weekend: 1. Go see this movie and support a high-profile effort to #TellBlackStories, and 2. Visit our Blood Money site and join the fight to destabilize hate groups by hitting them where it hurts the most: their bank accounts.

While KKK chapters are dwindling, hate groups are on the rise – with over 600 groups adhering to some form of white supremacist ideology.3 In the 21st century, the new recruitment tool of choice is the internet — Facebook, Twitter and Amazon all have become the community groups, churches and newspapers used to swell the ranks of violent hate groups. Smaller communities like Berkeley, Portland and Charlottesville have become the site of their grotesque pageantry. And though Klan membership has declined, David Duke and people like him remain as influential as ever because they are able to have prominent profiles online and collect funding quickly through a variety of financial platforms.

The hate and violence of the past thrives today, having been legitimized by the Trump Administration and corporate enablers that profit from hate. Companies like Discover and American Express continue to allow groups like Patriot Prayer to process donations on their platform, while Amazon sells racist propaganda for nearly a dozen hate groups and countless white nationalist leaders across their platforms.4 This has to end. So far, in partnership with members like you, we have already cut off funding sources of over 150 groups. Let’s go even harder and work to get the number of white nationalist groups thriving online down to 0.

This weekend- join the fight against hate by seeing BlacKkKlansman and visiting www.bloodmoney.org to call out these companies online.

Your support helps Color Of Change:

In just two days, the same racists that rallied in Charlottesville and murdered Heather Heyer will show up in Washington, D.C., to rally across the street from their Commander in Hate. But they’re flailing for funding because of Color Of Change’s Blood Money campaign. Jason Kessler, the organizer of the “Unite the Right” rally last year in Charlottesville, has recently been kicked off of PayPal. He’s stuck asking people to send him Bitcoin, checks and cash in the mail.5 But companies like Amazon and Discover are still allowing hate groups to use their platforms, which is undoubtedly helping violent groups like the Proud Boys and Patriot Prayer to organize armed rallies.

This weekend, while white supremacists are gathering to cause chaos and division, let’s call out the corporations who are enabling them and come together to support Black media.